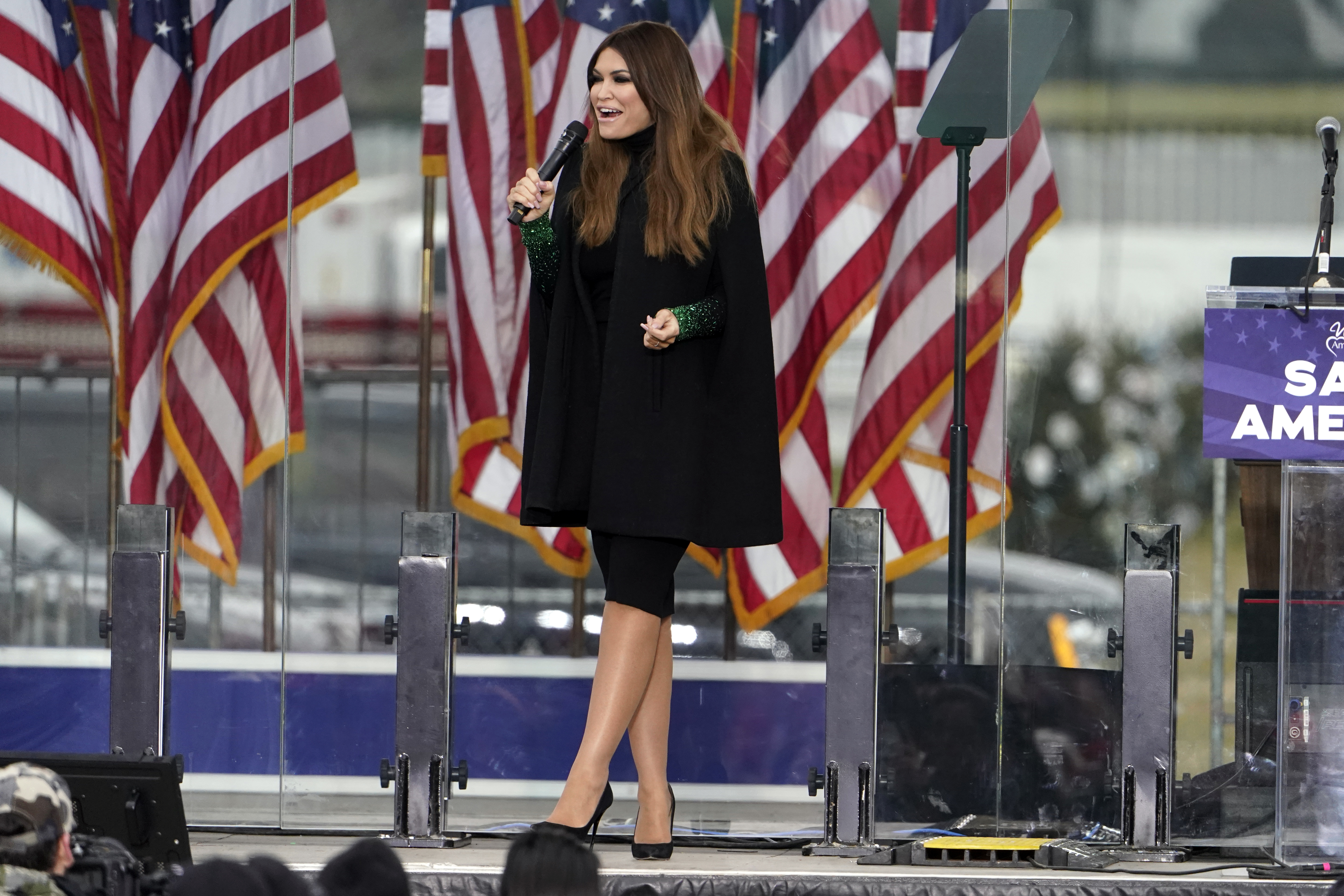 One year after that note, Cheney’s condemnation of Trump’s handling of his loss would drive her from House GOP leadership and make her persona non grata with much of her party. Guilfoyle’s effusive note, in hindsight, highlights just how quickly and dramatically Trump opposition can turn a leading conservative from power broker to apostate.

A Cheney spokesperson declined to comment. A lawyer for Guilfoyle, who was interviewed behind closed doors by the select committee investigating the Jan. 6 Capitol attack, did not respond to requests for comment.

Guilfoyle’s email to Cheney went on to explain the GOP lawmaker’s duties as a “Congressional Co-Captain” for the Trump Victory Finance Committee. That entity was part of a joint fundraising committee comprised of the Trump campaign and the Republican National Committee, as well as state parties.

“You were hand selected for this role because of your tremendous support of President Trump, and your leadership and respect among your GOP colleagues,” Guilfoyle told Cheney. “Your involvement in the TVFC program will be critical to ensuring that the President has the necessary resources to win in November.”

Guilfoyle also said Cheney would be expected to give monthly progress updates to top campaign brass — including Guilfoyle, campaign manager Brad Parscale, and Trump himself.


While Cheney backed Trump’s re-election, as Guilfoyle’s email highlights, she later stood fast against his efforts to reverse his defeat. Just days before Congress’ certification of Electoral College votes on Jan. 6, 2021, she sent a memo to House Republican colleagues warning against attempts to object to specific state results.

“Such objections set an exceptionally dangerous precedent, threatening to steal states’ explicit constitutional responsibility for choosing the President and bestowing it instead on Congress,” she wrote in the memo, dated Jan. 3, 2021.

“This is directly at odds with the Constitution’s clear text and our core beliefs as Republicans,” Cheney continued. “Democrats have long attempted, unconstitutionally, to federalize every element of our nation — including elections. Republicans should not embrace Democrats’ unconstitutional position on these issues.”

At the time, Cheney served as House Republican conference chair, the No. 3 leadership post. But her entreaties had limited success: 147 GOP lawmakers ultimately voted to challenge the electoral slates from at least one state, even after the deadly Capitol riot by Trump backers.

Even before the seat on Jan. 6, she had won a powerful enemy in Trump himself. He singled out Cheney in his speech at the Ellipse rally that preceded the attack.

“We got to get rid of the weak congresspeople, the ones that aren’t any good, the Liz Cheneys of the world,” the then-President said.

She learned about the comment when her father, former Vice President Dick Cheney, called her in real time and told her, according to The Washington Post. After evacuating from the House floor, she phoned in to Fox News and condemned Trump, saying he incited the mob.

“He reads the flame,” she told the network.

Guilfoyle, meanwhile, made brief remarks at that same Jan. 6 rally where Trump lambasted Cheney. And, according to Capitol riot select committee member Rep. Zoe Lofgren (D-Calif.), she was paid $60,000 for that appearance.

Guilfoyle later met behind closed doors with the select committee—almost two years to the day after she emailed Cheney to thank her for helping Trump’s re-election campaign.

In May 2021, Cheney’s House Republican colleagues ousted her from leadership. Speaker Nancy Pelosi put her on the Jan. 6 select committee two months later.

Cheney’s opposition to Trump, along with her efforts to investigate his role in the Jan. 6 violence, may end her career in the House.

Cheney’s first TV ad in her reelection race touted her advocacy for Wyoming’s oil and gas industry and her opposition to “crippling regulation” on farmers and ranchers.

“She has the courage to do the right thing, to stand up to bullies,” said a supporter identified as Jack of Cheyenne.