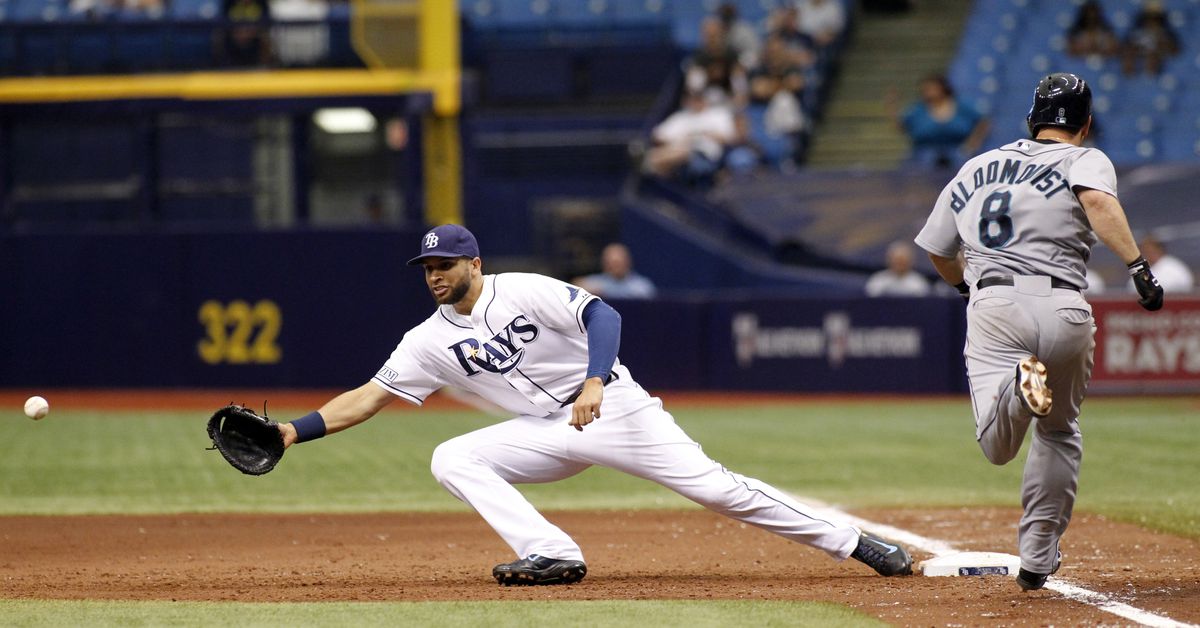 Rays shine down all across Major League Baseball. Tampa gained their own MLB franchise in 1998 with the founding of the Rays, born and raised in Tropicana Field, home of orange juice and hurricane-proof under-attendance. They were the Devil Rays then, an homage to the majestic natural wonders of the Gulf of Mexico and their eponymous Tampa Bay. It would be 11 years until they shed their cellar-dweller reputation, with just one finish higher than fifth place (fourth, 2004) in their debut decade. When they emerged it was for real, rocketing to the World Series in a 97-win season that yielded one of my favorite Sports Illustrated covers of all time.

What a delight, the lowly, freshly rebranded 2008 Rays overcoming the dreaded Yankees. It would become, if not a trend, at least a possibility, with Tampa snagging eight 90+ win seasons in the last 14. Though they managed another four year stretch of anonymity and non-competitiveness in the late 2010s, it was a different sort of display. Following the 2008 shift from the Devil Rays to merely the Rays, retaining a hint of their Mobulidae roots while also adopting the more cheery ambiance of the bright Florida sun’s rays. Utilizing a number of Collective Bargaining Agreements, Tampa founded a competitive, low-payroll club on the backs of 53 picks in the first 100 selections of the MLB drafts in the past 14 years. One of their 33 first round picks in that 14 year stretch was Drew Rasmussen, tonight’s starting pitcher and, amusingly, one of just two of those 33 to not sign on draft day with Tampa Bay. They later tracked down the Puyallup, WA native and conscripted him into their service via a trade with the Milwaukee Brewers. Though the trade netted Milwaukee a star shortstop in Willy Adames, tonight Rasmussen looked like a jewel, helping a thin Tampa rotation soak up innings in the sun.

Rasmussen worked six shutouts, with nine strikeouts and just a single walk, utterly flummoxing Mariners hitters all evening with his cutter and fastball. It was a masterful display, though every well-struck Mariners contact did manage to find a glove. Frustrating as it might have been, Tampa Bay outplayed Seattle, though the M’s were dealt a foldable hand from the beginning.

That is to say, of course, that with one out and a speedy Randy Arozerena on third, Marco Gonzales was knocked out of the game in the bottom of the first inning by a laser from Harold Ramirez. The 109 mph single scored Arozerena and altered the trajectory of the game. Mercifully, the line drive appeared to fail to crack bone as it struck Gonzales on the left wrist, but it sent Gonzales to the trainer’s table and Yohan Ramírez scrambling to mound.

It’s at this time that I’ll gather for Ramírez a small, tasteful bouquet of flowers. Did Ramírez yield the two run home run to Kevin Kiermaier in the fourth inning that would ultimately prove the difference in the game? Yes. Did he load the bases in the second on a hit by pitch, walk, and hard-slashed single? Yes. Was he terrifying to watch/listen to on my 75 minute car ride home from West Seattle? Yes. Have I lost the plot on why Yohan was deserving of braces? Perhaps. But no, Ramírez worked 3.2 innings of two-run ball, not

At least 40 Sun Devils have played for the Seattle Mariners, not quite aspirational, but competitive enough in the circumstances to appreciate. THe bullpen behind him – Matt Festa, Drew Steckenrider, and yes even Justus Sheffield, wove another safety net that they stretched taught below the catwalk of Tropicana Field. 4.2 innings did they work, three hits, one walk, three strikeouts, and no runs did they yield. If only the offense could meet their effort.

Instead, a squandered evening in Tampa, albeit one with plenty of adversity. Marco Gonzales received the greatest dole of negative win probability added, but it was a difficult day for a few hopeful Mariners. 12 strikeouts was a pockmark on a club who has impressively avoided empty plate appearances thus far in 2022. Cal Raleigh looked utterly lost at the dish, while Jarred Kelenic was frustratingly flummoxed. Jesse Winker could not recreate his Sunday afternoon magic with runners in scoring position, and both Abraham Toro and JP Crawford only mustered one home run each, the true letdowns of the day.

It was, ultimately, a disappointing loss not because of the circumstances, which could have easily made space for a blowout, but because it was still held so close. A charitable read of the circumstances sees a club that made much, if not quite the most of a bad situation, while a less-rosy view sees the thin rotation exposed for the first time in 2022, and an uncertain lengthy road trip already showing cracks . A planned bullpen day awaits Tampa tomorrow, while the theoretical antithesis of such a thing, ultra-efficient Chris Flexen, stars them down.