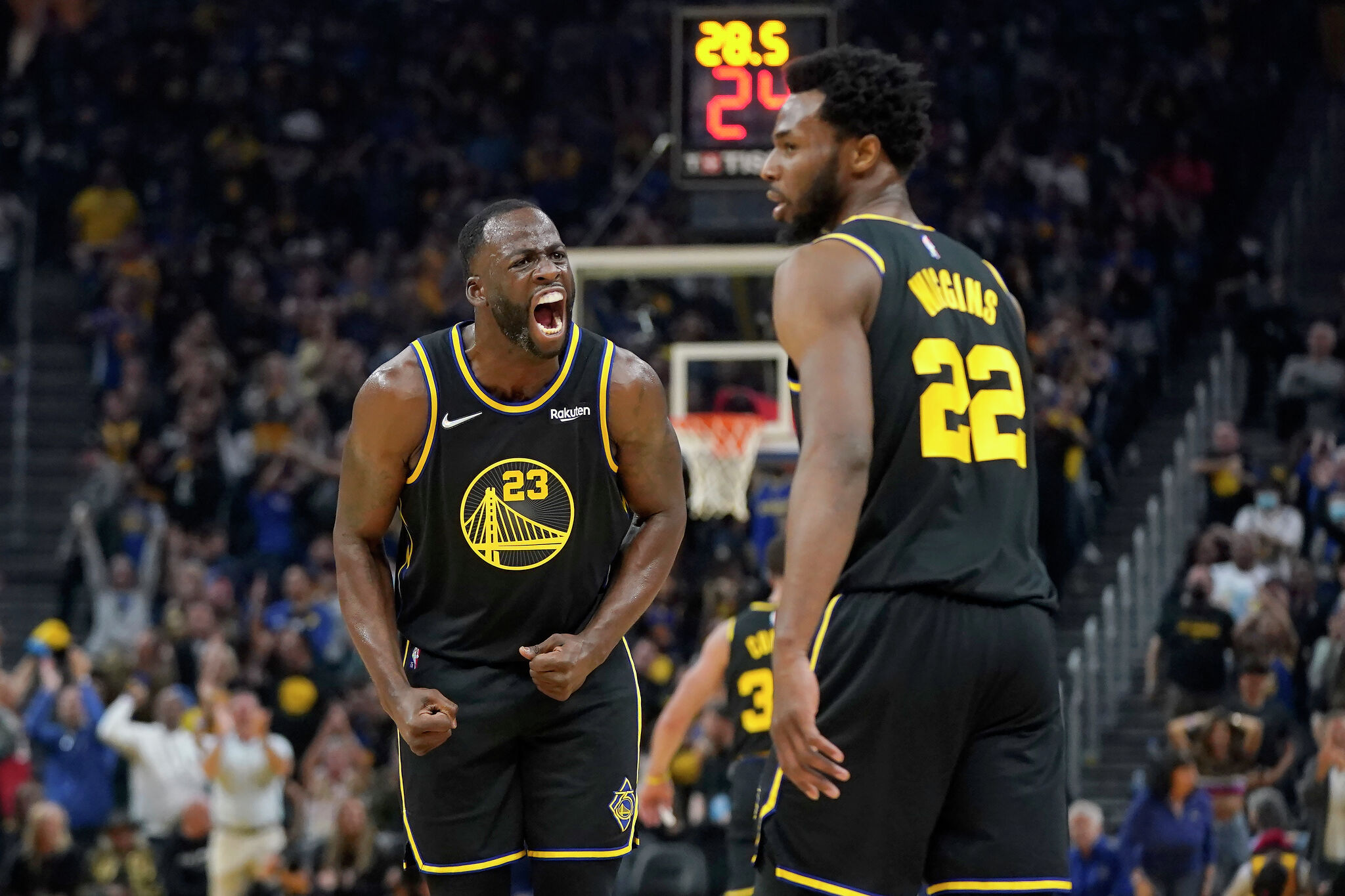 Draymond Green is always good for an enticing postgame quote, even if it’s delivered through his podcast. But not every braggadocios quote he gives is done for the sake of talking smack.

After Game 4 of the Golden State Warriors’ second-round series, Green said on his podcast, “This isn’t the Minnesota Timberwolves. You’re no longer playing that team; this is championship-level basketball.”

Draymond Green on the Grizzlies:

“This isn’t the Minnesota Timberwolves. You’re no longer playing that team; this is championship level basketball.”

His statement sure reads like a rather sudden swipe at not only the Memphis Grizzlies, but also the Minnesota Timberwolves.

Though spicy, there’s some reasonable context that softens Green’s assessment. He was actually referencing the Warriors’ dominant performance in Game 3 of their series against the Grizzlies, a 142-112 blowout, in contrast to how they played in Game 4, a 101-98 nail-biter.

What stood out the most to Green during Game 3 was how Golden State maintained its lead even after Ja Morant got hot. “Ja started to go on his rampage scoring every play, and I think he looked up like, ‘Wow, I’m starting to crazy.’ He had a couple of those Ja layups that only Ja makes. And he looked up and they were down 25.” Green said.

From there, the Warriors star continued into the aforementioned “championship-level basketball” quote that a famous NBA aggregation account clipped into a punchy social media graphic. Except even the final part of Green’s quote is less controversial than it reads on the graphic: “That was big for us because that was to show them this isn’t the Minnesota Timberwolves, you’re no longer playing that team; this is championship-level basketball, this is how we do it. It was beautiful to see.”

To be clear, Green’s assessment isn’t exactly a compliment, even with the right context around it. The Timberwolves still come off as the team that gets insulted. But this wasn’t as much a swipe at Memphis as it was a way of talking up how the Warriors play with their actual championship pedigree — something Minnesota objectively lacks in comparison.

This postseason, Green has been providing in-depth thoughts and reactions on his podcast, “The Draymond Green Show,” while providing much shorter responses to reporters during their allotted postgame interviews. The idea behind Green’s media decision was to be more in control of his own narrative. It’s an issue that he clearly cares about; he spent one postgame press conference calling out the media’s integrity, and told reporters he wasn’t going to say much else because he wasn’t “sure that I can trust where my words are going to go from here.”

And now, ironically enough, a quote from the podcast medium Green hoped would lead to an end of out-of-context clippings has instead resulted in an out-of-context graphic with over 6,400 likes on Twitter and lord knows how many impressions, with many fans in the replies believing Green took a swipe at two teams.

Green might believe his podcast gives him total control, but this whole episode suggests otherwise. Media aggregation is a business of wild predators waiting for someone to let their guard down, and they’ll pounce on any opportunities for engagement that they can find.