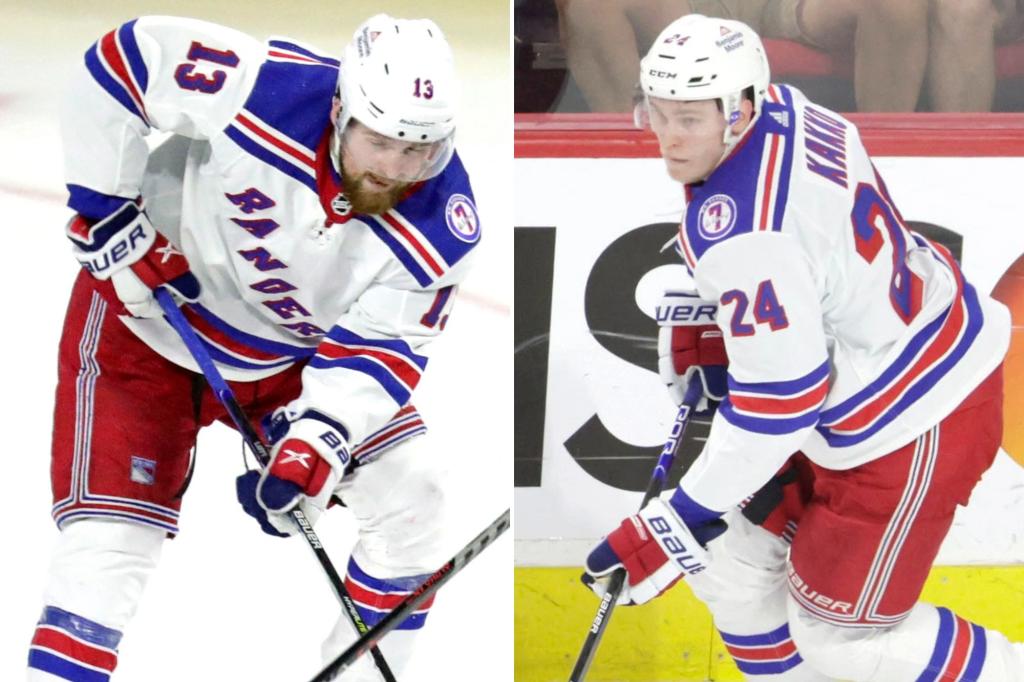 The words are the same, but the meaning of the question is entirely different. Because now when you ask, “Where should the Rangers play Alexis Lafreniere?” it is about which combination of forwards needs him the most as opposed to which combination could help him the most. That is not a subtle difference.

I’d venture to say the Rangers measured up to the Hurricanes over 123:12 in Raleigh, NC, to a far greater degree than just about anyone would have imagined. The gap has not been nearly as wide as it was during the regular-season series. But that has gotten them a whole lot of nothing over the first two games of the second-round playoff series, including no victories and a scoreless streak of 116:05 that will carry into Game 3 on Sunda afternoon at the Garden.

The Hurricanes surrendered the fewest goals in the league during the regular season. They allowed 11 goals at five-on-five in nine playoff games. They have given the Blueshirts next to nothing at both full strength and on the power play. Antti Raanta may have had two or three challenging saves to make since early in the second period of Game 1.

Gerard Gallant is not a coach who typically shakes things up just to shake things up. In any event, wholesale changes are not required. The ‘Canes got nothing for free in the first two in their building (except maybe the shorthanded goal in Game 2). Carolina, now 6-0 at home in the playoffs, went 0-3 in Boston during the first round.

The Rangers will be able to get the Mika Zibanejad line away from Carolina’s Nino Niederreiter-Jordan Staal-Jesper Fast checking unit that spent the first two games all but eliminating No. 93 and linemates Chris Kreider and Frank Vatrano as threats.

Gallant will use the last change to match Zibanejad against either Sebastian Aho or Vincent Trocheck. That should liberate No. 93, whose unit barely possessed the puck in the offensive zone and put a total of eight shots on Raanta over the course of the opening two games, none of them particularly memorable.

Vatrano’s game has leveled off over the last few weeks, just as Lafreniere’s has taken off in the wake of the “rest” he was given by Gallant for an April 13 match in Philadelphia. The winger has elevated his game dramatically. He is displaying all of the qualities for which he was lauded leading into the 2020 draft lottery. The playoffs have brought out the best in him.

Lafreniere has been hunting the puck and creating chances, while playing with pace and a chip on his shoulder and a smirk on his face. There is no doubt about that. He gets involved in every scrum, even initiating his fair share of confrontations. He’s the guy who just happens to nudge the goaltender when the puck is frozen. He is the Ranger who wants to get in the last shot.

When healthy, the Blueshirts have gone with a default top six of Kreider-Zibanejad-Vatrano and Artemi Panarin-Ryan Strome-Andrew Copp since Game 65 of the regular season. The offense has been supplemented in the playoffs by the Kid Line, with Lafreniere and Kaapo Kakko flanking Filip Chytil. That has been the club’s most dynamic line for much of the tournament.

But Gallant broke up his lines late in the second period of the 2-0 defeat in Game 2 on Friday, flipping Lafreniere and Copp. The coach moved Kakko up to Zibanejad’s right late in the third. ‘Twas the end of the Kid Line.

And as Strome and Panarin have also struggled with possession time, perhaps it is time to elevate Kakko to their right side, where he can work down low with the puck off the walls and behind the net. As Vatrano’s game has leveled off, Copp’s game has been minimized over the last stretch. Maybe things have grown somewhat stale. Panarin obviously needs help.

Here’s the conundrum, though: If Gallant moves Lafreniere and Kakko off the third line, doesn’t that pretty much eliminate a three scoring-line approach? It also would leave Chytil, the lone Rangers goal-scorer in this series, naked on a line that might include, say, Vatrano and Copp, or Copp and Tyler Motte.

This is going to be a very difficult proposition, regardless of how Gallant chooses to deploy his personnel, but the Rangers are going to need production from their top six in order to have even a prayer. There is no way around that. If elevating Lafreniere and Kakko would solve that issue, there is your answer, even at the expense of Chytil and the Kid Line.