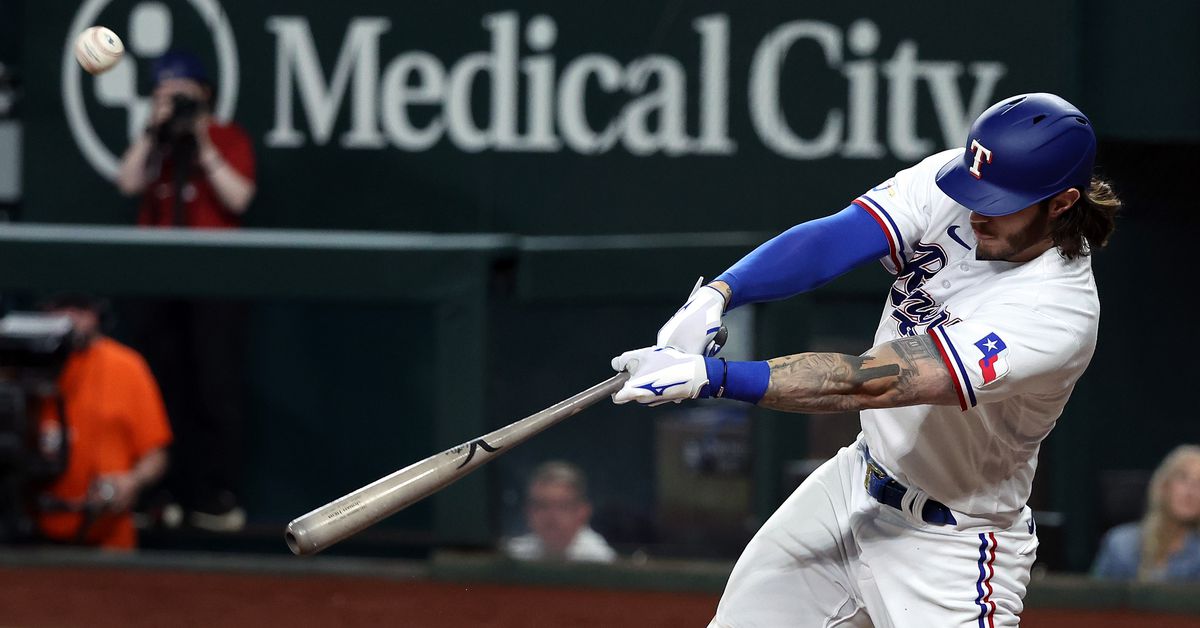 I would imagine that this was a deeply frustrating series for the Angels and their fans. Anaheim lined up Noah “Asgardian deity” Syndergaard, Reid “Fresh off a no-hitter” Detmers, and Shohei “American League MVP” Ohtani to battle the Rangers and even scored three runs in the series’ first frame.

Texas followed with a table-setting inning of their own by scoring six runs to knock out Thor and eventually win the opener. In the second game of this series, the Angels led 3-1 early and then 4-3 late before the Rangers plopped a girthy seven runs on them in an 8th inning outburst to take the second game.

Tonight, with history’s most impressive baseball player on the mound, Dane Dunning held serve with Ohtani and though Mike Trout Mike Trout’d for a home run to put the Angels up 2-0 in the 4th, the Rangers scored the game’s next four runs before walking it off one pitch into the bottom of the 10th after the Angels had rallied in the 9th and scored their zombie in the top of the 10th.

So, indeed, I would imagine that this was a deeply frustrating series for the Angels and that is the perfect kind of series.

Player of the Game: One pitch and a big fuck you to zombie runners.

UpNext: The Rangers will try to continue gaining ground in the American League West as they head to Houston for a four-game weekend set. RHP Glenn Otto will make the start for Texas in the opener against LHP Framber Valdez for the Astros.