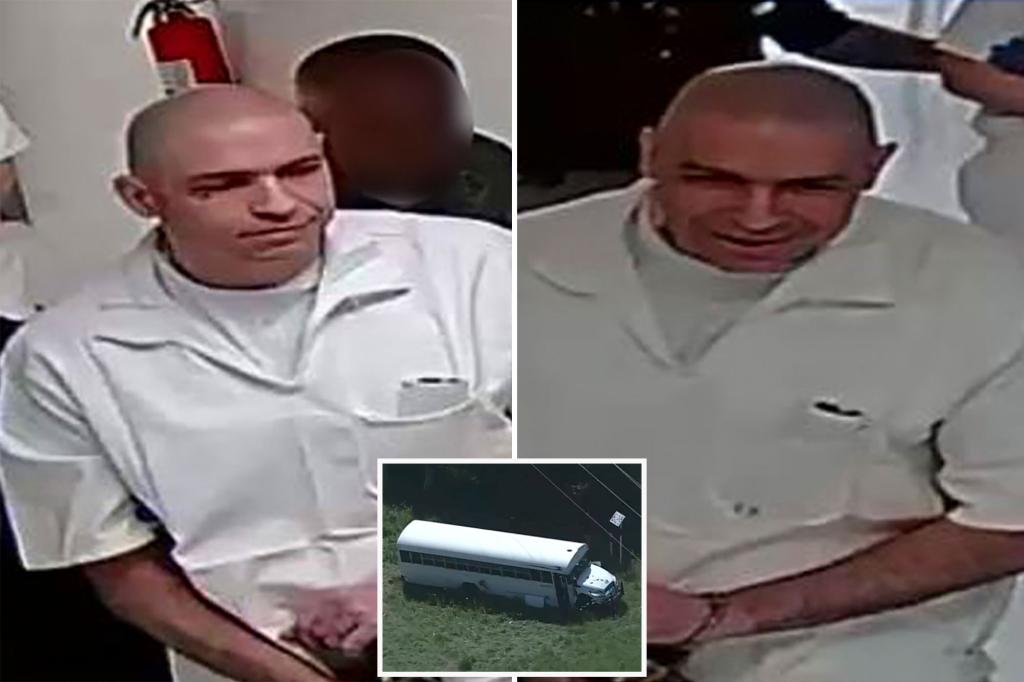 A convicted murderer who escaped from a prison transport bus and stabbed the driver in Texas last week managed to break free from restraints and a cage before the violent getaway, authorities said.

As of Wednesday night, authorities have yet to capture 46-year-old Gonzalo Lopez since he fled from the bus full of inmates in Leon County into a wooded area last Thursday.

Lopez was being transported inside a caged area of ​​the bus designated for high-risk individuals at the time of his escape, according to new details from the Texas Department of Criminal Justice.

The inmate was able to break free of hand and feet restraints, cut through the expanded metal of the cage and crawl out the bottom, authorities said.

Lopez, who was serving a life sentence for a 2006 murder, then lunged at the driver, who stopped the bus full of inmates. The pair tussled outside the bus and Lopez allegedly stabbed him in the hand and chest with an unknown object. The department said the driver’s injuries were not life-threatening.

An officer inside the back of the bus got out and approached Lopez, who then quickly hopped behind the wheel and started driving down the road, according to the department.

The officer pulled out his firearm and shot the bus’s rear tire, bringing it to a stop off the roadway. Lopez jumped out and ran into nearby woods in Leon County, a rural area between Dallas and Houston that has a population of 16,000 people, and hasn’t been seen since.

The convicted killer was being transported to Texas’ prison headquarters in Huntsville, about 50 miles north of Leon County, for a medical appointment.

Several law enforcement agencies have joined the search for the escaped inmate. Horseback and canine teams as well as aircrafts are involved.

Authorities have increased the reward for information leading to Lopez’s capture to $50,000.