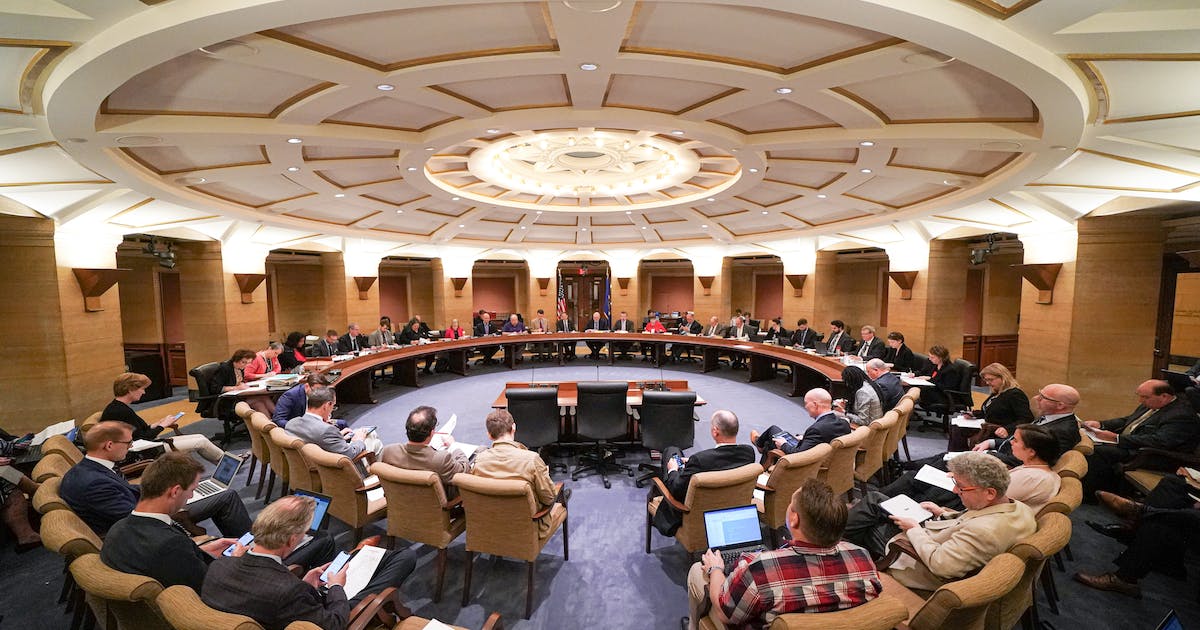 Seniors would no longer pay taxes on Social Security income, millions of Minnesotans could see a small income tax cut and tens of thousands of families and renters across the state would be eligible for more tax credits under a sweeping deal struck Saturday at the divided Capitol.

Top legislative negotiators heralded the $4 billion package as transformational for Minnesotans after two years of battling the COVID-19 pandemic and as costs go up in almost every aspect of their lives.

“We have in this bill the largest tax cuts in the history of the state,” said state Rep. Paul Marquart, DFL-Dilworth, chair of the House tax committee. “It’s going to positively impact — in a real and meaningful way — families, senior citizens and businesses across the state.”

The tax agreement is one of the first major deals to materialize at the Capitol as legislators in the face of a Sunday night deadline to pass bills for the year. But its fate is tied to a comprehensive deal that includes an additional $4 billion in proposed spending on classrooms, public safety and health care, which legislative negotiators continue to spar over with time running out.

“It is our duty to get these resources back in the hands of Minnesotans to help them better afford their lives during this time of skyrocketing inflation,” said Senate Taxes Committee Chair Carla Nelson R-Rochester. “We must not let this transforming, historic tax bill be held hostage by many of these other things.”

Both parties made tax cuts a priority this session with a nearly $9.3 billion projected budget surplus on the bottom line, but they started the session in January with widely diverging priorities.

In the final deal, Republicans in control of the Senate secured the elimination of state taxes on Social Security income, a top priority they’ve been pushing at the Capitol for decades. They estimate the change will effect 460,000 seniors in Minnesota.

Republicans also pitched cutting the first tier income tax rate from 5.35 to 2.8%, amounting to roughly $1,000 in savings each year for a family making $100,000. The final deal permanently cuts that rate to 5.1%, a much smaller reduction than they originally proposed.

In exchange, House Democrats got their top priority to morph a renter tax refund into an income tax credit and boost eligibility by an estimated 125,000 filers. Overall, Democrats say there is more than $600 million in property tax cuts over several years in the bill for homeowners and renters.

The deal also increases a child and dependent care tax credit, which will help an estimated 81,000 families. Democrats also successfully pushed to include a child care tax credit that will allow a family with up to $105,000 in income to get up to a $2,000 credit for one child between birth and the age of 4, Marquart said.

Notably absent from the final deal are one-time rebate checks for Minnesotans, which was a top priority of DFL Gov. Tim Walz. House Democrats said they initially offered his rebate plan in negotiations, but senators pushed back on its inclusion in favor of permanent tax relief. Sen. Tom Bakk, I-Cook, said he had concerns that one-time checks would be subject to federal taxes.

“Why would we have wanted to send that much of the surplus to Washington?” said Bakk, a former Senate tax chair. “I think people would have been pretty disappointed.”

In addition to the $4 billion in new spending over the next three years, the global framework struck by Walz and top leaders leaves an additional $4 billion on the bottom line. DFL House Speaker Melissa Hortman has said all agreements on spending and savings need to be secured before they pass the tax bill.

But legislative negotiators have struggled to resolve their differences on how to boost spending for classrooms, health care and public safety. Conversations are happening behind the scenes to craft a $1.4 billion package of construction projects in a bonding bill.

Talks are particularly tense around education, where the two sides have been quarreling all week over how to divvy $1 billion on things such as special education costs for school districts, mental health funding for students and literacy programs.

“I don’t know what else to do,” said Senate Education Committee Chair Roger Chamberlain, R-Lino Lakes. “We don’t have days and days, we hardly have hours to figure it out.”

House education Chair Jim Davnie, DFL-Minneapolis, said the tax bill agreement should be a “model” for legislators trying to strike a deal on schools funding.

“It’s Saturday evening, it’s time to close out this bill,” Davnie said. “We’ve got the resources to provide these services, we’ve got the needs.”

Walz has said he doesn’t want to call legislators back into an overtime special session to finish their work, meaning legislators face a midnight deadline Sunday to finalize the bills.