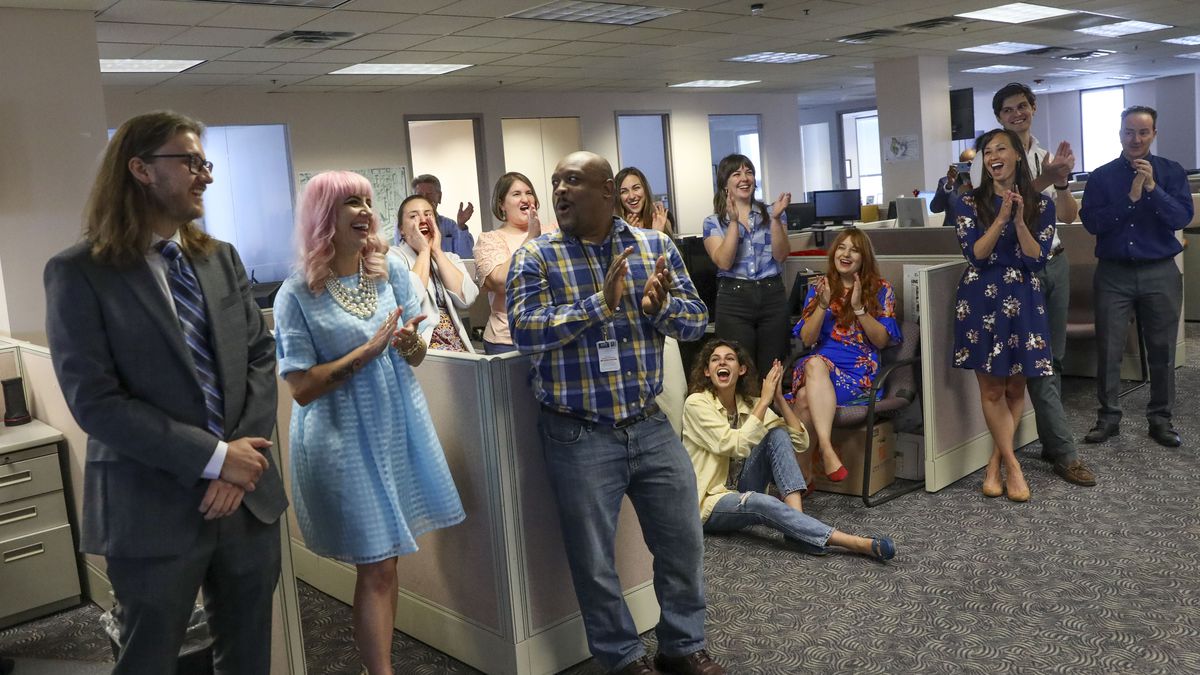 TAMPA— Tampa Bay Times reporters were investigating a story about lead in the water at local schools when a source shared a lengthy state health report with two pages dog-earred.

Those pages showed that Hillsborough County suffered a higher rate of lead poisoning than anywhere else in Florida. An unknown battery recycler was to blame.

Over the next several years, Times reporters Corey G. Johnson, Rebecca Woolington and Eli Murray scrutinized the recycler closer than any regulator ever had.

They exposed how Florida’s only lead smelter, run by Gopher Resource, endangered its employees and the surrounding community. They read 100,000 pages of government and medical records, spent countless hours talking to workers and made themselves experts on lead toxicity.

On Monday, the reporters were awarded the Pulitzer Prize in investigative reporting for their series, “Poisoned.”

“We are enormously proud of our team for their relentless reporting that sparked decisive change, making conditions safer for workers and the community,” said Times editor and vice president Mark Katches. “Through their remarkable and meticulous efforts, Corey, Rebecca and Eli uncovered serious problems that would not have surfaced any other way. Their journalism stands as a testament to the importance of a vital local newsroom like the Times.”

Woolington said the team is most proud of the change their coverage delivered in Tampa.

“Getting people who had neglected that place to pay attention in a way they had not ever was extremely moving,” she said. “It’s been surreal to see all of the fallout and consequences — and to see that the bravery of these workers led to accountability.”

It’s the second year in a row that the Times has won journalism’s top prize. Reporters Kathleen McGrory and Neil Bedi were recognized in the local category in 2021 for their series, “Targeted,” about a Pasco County Sheriff’s Office policing program.

Johnson, Woolington and Murray collaborated for the better part of two years to investigate Gopher Resource’s plant in East Tampa, where workers recycle car batteries and melt the lead to forge new blocks of metal.

They detailed exposure to the neurotoxin endured by Gopher’s workers, most of whom were Black or immigrants. They also showed that the plant had contaminated the surrounding community.

“There weren’t the number of public records that are oftentimes available for us to use,” Woolington said. “We had to find a workaround.”

That workaround came in the form of a federal rule that lets workers request internal records on air quality and their own medical check-ups. The reporters used those reports to piece together details from inside the factory, which Occupational Safety and Health Administration inspectors hadn’t visited in five years.

The reporters visited Gopher’s employees at their homes for weeks. Johnson said many people were afraid of crossing their employer and were skeptical toward unfamiliar reporters. They likely would not have answered a strange phone call, email or Facebook message.

“The only way you’re going to do it is knocking on their doors. There were many door-knocks where we had to go back and back before the ice thawed,” Johnson said. “We were neighbors, we were right around the corner, so we can do that.”

All three reporters became certified lead inspectors during their investigation.

“When I went, there were industrial management-type people, people that had to follow these OSHA regulations,” Murray said. It was not a place for journalists.

Murray and the others pored over two thick binders to gain a command of lead regulations.

After the first parts of “Poisoned” were published, federal and county regulators spent months inspecting the Gopher plant, confirming the Times‘ findings and issuing more than $800,000 in fines.

Johnson said he is most proud of something that happened outside the public eye. About 18 workers, including some who had been afraid to talk to reporters, lined up at the plant after the first story to demand their personal health records.

“The story and the reporting allowed the people most affected to start putting the pieces of the puzzle together, and that to me was probably the most satisfying,” Johnson said.

Other staffers in the Times newsroom played key roles in the reporting, including photographers Martha Asencio-Rhine and Luis Santana and video journalists Jennifer Glenfield and James Borchuck. The series was edited by Katches and former investigative editors Kathleen McGrory and Adam Playford.

After publishing the first parts of the series, the Times estimated its lead reporting — dating to the schools coverage — cost $500,000. That sum has since risen to about $750,000.

“We do this difficult work to make a difference here at home, but it’s thrilling that our peers judge it among the finest journalism in America,” said Paul Tash, Times chairman.

The Pulitzer winners in journalism, books, drama and music were announced Monday afternoon at Columbia University in New York. Times staffers gathered in their Tampa newsroom to watch a live video of the ceremony.

When “Poisoned” was announced as a winner, a few dozen staffers broke out in applause. Johnson, Woolington and Murray held each other in a tight hug.

“What you’ve done was a true public service,” Katches told the team.

Tea Times has won 14 Pulitzer Prizes, three times in the investigative reporting category. Lucy Morgan and Jack Reed won in 1985 for stories that detailed corruption in the Pasco County Sheriff’s Office. Times reporters Leonora LaPeter Anton and Anthony Cormier, along with Michael Braga of the Sarasota Herald-Tribune, won in 2016 for “Insane. Invisible. In Danger.” — a series that showed how budget cuts and neglect allowed violence to overrun Florida’s mental hospitals.

Murray said it was particularly special to share the moment with his friends in the newsroom. He, Johnson and Woolington were only able to dig into the lead factory because other Times journalists kept up with the rest of the news, he said.

“A Pulitzer for a story like this, it takes an entire newsroom.”

2016: Investigative Reporting – Leonora LaPeter Anton and Anthony Cormier of the Times and Michael Braga of the Sarasota Herald-Tribune.