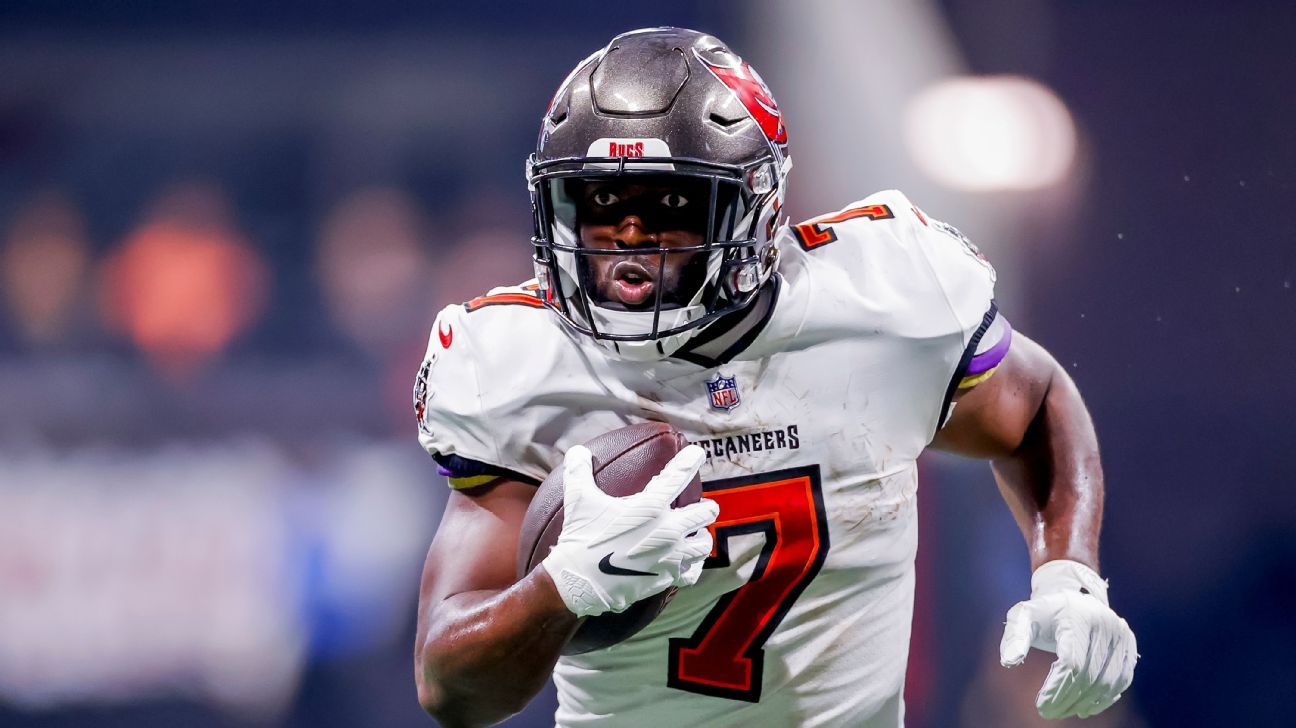 Running back Leonard Fournette, who spent Monday visiting with the New England Patriots, is re-signing with the Tampa Bay Buccaneers on a three-year, $21 million deal, sources told ESPN’s Adam Schefter on Tuesday.

Fournette ranked sixth among all NFL running backs with 1,266 yards from scrimmage, averaging a career-best 4.5 yards per carry, when the Bucs placed him on injured reserve with a hamstring injury after Week 15. He missed the wild-card game and returned for the Bucs’ divisional-round loss to the Los Angeles Rams.

After signing his second one-year deal with the Bucs last offseason, Fournette, 27, rushed for 812 yards and scored 10 total touchdowns. He also caught 69 passes for 454 yards.

His best game came in Week 12, when Fournette, in addition to delivering a memorable halftime speech when the Bucs fell behind, rushed for 100 yards on 17 carries and had seven receptions for 31 yards against the Colts. The last of his four touchdowns in that 38-31 victory was a 28-yard run with 29 seconds remaining.

Fournette earned the nickname “Playoff Lenny” — and later, “Lombardi Lenny” — while leading the Bucs with 448 scrimmage yards and four touchdowns in a postseason run to Super Bowl LV, where he rushed for 135 yards as Tampa Bay beat the Kansas City Chiefs.

After backing up Ronald Jones for the majority of the 2020 season — an experience that he and the coaching staff believe humbled him and helped prolong his career — Fournette seized the opportunity when Jones was sidelined for the final few weeks of the season by injuries and a stint on the reserve/COVID-19 list.

Fournette was the fourth overall pick in 2017 by the Jacksonville Jaguars, who declined to pick up his fifth-year option and released him following the 2019 season. After a difficult 2018 season in which he was on the bench in crunch time, fined and criticized, Fournette responded with his best season statistically with the Jaguars in 2019, rushing for a career-best 1,152 yards and catching 76 passes for 522 yards with three total touchdowns.

He has 3,810 rushing yards with 31 rushing touchdowns and 239 receptions for 1,696 yards and four TD catches in 63 career regular-season games.