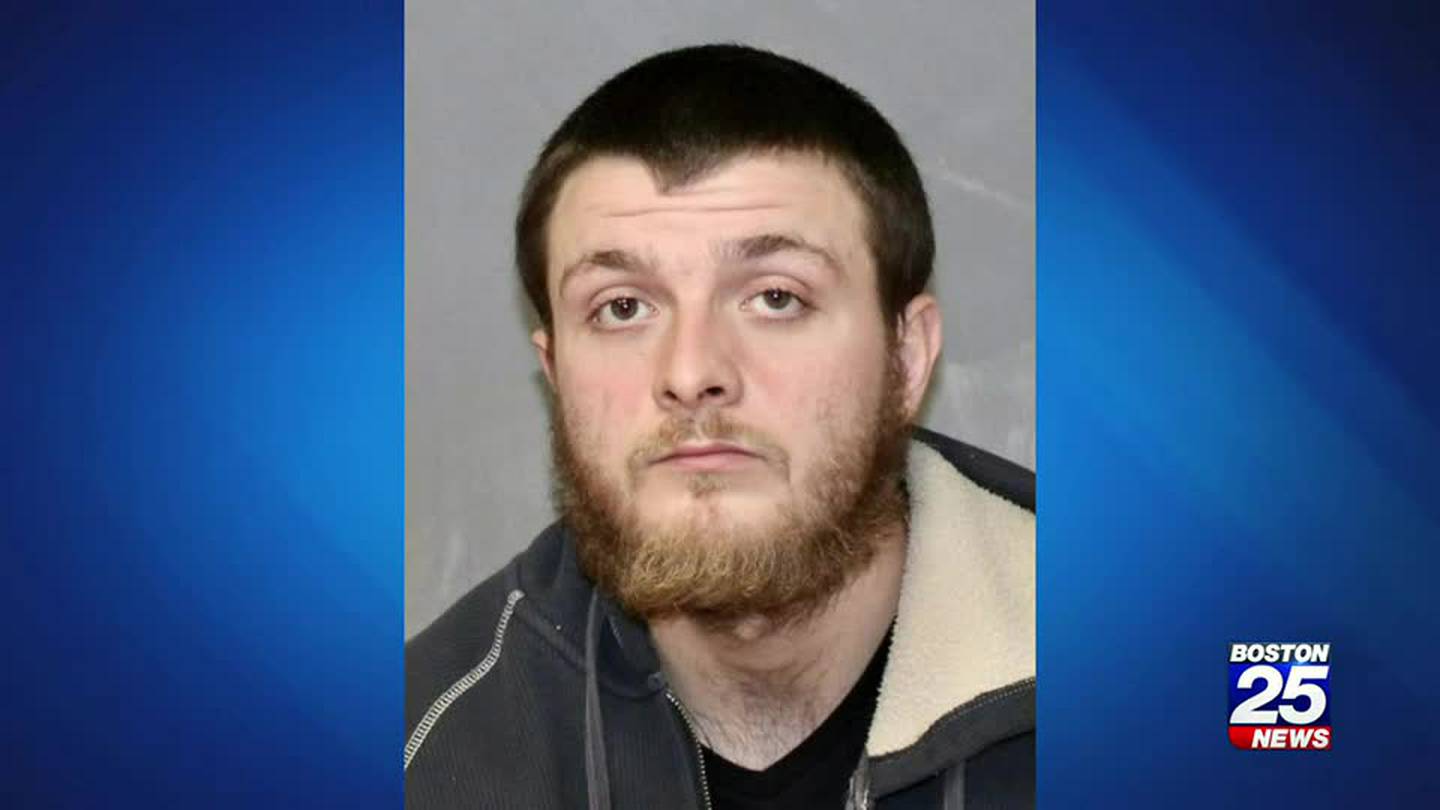 The police cruiser arrived at Burlington Police Department shortly after 6 pm on Tuesday. Inside was the accused, Tyler Healey, 23, handcuffed and holding his head low as he climbed from a cruiser after two days on the run.

The charges include attempted kidnapping and assault with intent to rape. Police say surveillance video shows Healey grabbing the 37-year-old victim Sunday night. He put her in a headlock, dragging her away, but she put up a big fight.

“I think the victim, specifically for her tenacious fight that night, the fight she put up in the middle of Middlesex Turnpike – she gave herself a chance,” said Chief Browne.

That disturbing video lead to several tips that helped to catch Healey, according to the Middlesex County District Attorney.

“We are very grateful to members of the public who saw that, who reached out to the police department and provided some information and possible locations. And that’s what lead them to Winthrop,” said Middlesex District Attorney Marian Ryan.

The other woman in this was the 911 caller. Boston 25 spoke to her last night.

“I did it because that woman need my help,” said the woman, who asked not to be identified.

Tonight, Burlington Police and the DA say she’s a hero.

“And put herself in harms way, potentially acting without due regard for her safety. And her acts were selfless,” said Chief Browne.

Healey was arrested in Winthrop on Tuesday. Police say he has ties to Burlington, but recently lived in Waltham and Newton.

Healey will spend the night in a Burlington jail cell. He is expected to be arraigned in Woburn District Court in the morning.

911 call: Good Samaritan calls police about attempted abduction of a woman in Burlington