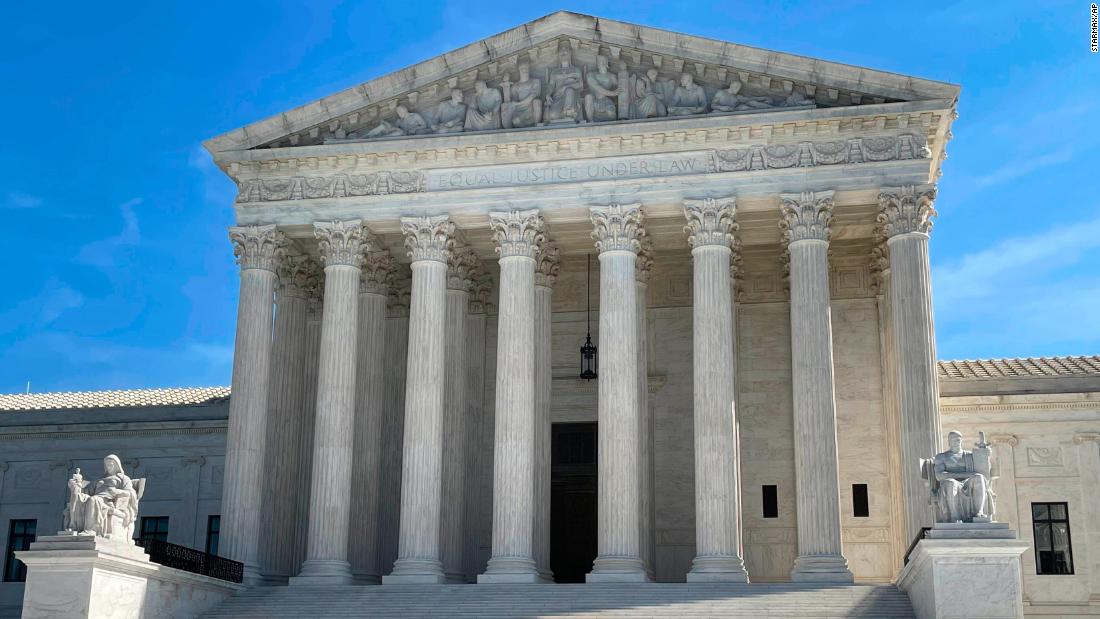 The court said that the flag display rose to a public forum, and because many other groups were allowed to raise their flags in celebration of the Boston community, the city could not discriminate on the basis of the religious group’s viewpoint without violating the Constitution.

“We conclude that, on balance, Boston did not make the raising and flying of private groups’ flags a form of government speech,” Justice Stephen Breyer wrote.

The case was filed in 2018 after a Boston official denied the application by the group Camp Constitution to raise a flag — described as “Christian” in the application — on one of the three flagpoles outside Boston’s city hall. The group is an all-volunteer association that seeks to “enhance understanding of the country’s Judeo-Christian moral heritage.”

Central to the case was whether the flagpole is perceived as an example of government speech. If so, the city has a right to limit displays without violating free speech principles. The Free Speech Clause of the Constitution restricts government regulation of private speech, it does not regulate government speech. But if, on the other hand, the display amounts to private speech, in a government-created forum where others are invited to express their views, the government cannot discriminate based on the viewpoint of one of the speakers.

Breyer concluded that the flag-raising program “does not express government speech.”

All of the justices agreed on the outcome of the case, but three conservative justices said they had different reasons for ruling against Boston.

Justice Samuel Alito, writing for Justices Neil Gorsuch and Clarence Thomas, said that though the court relied upon “history, the public’s perception of who is speaking, and the extent to which the government has exercised control over speech” to determine that the flag- raising program did not amount to government speech, he would have analyzed the case based on a more exacting definition of what constitutes government speech.

Under a more narrow definition of government speech, Alito wrote that it occurs “if — but only if” a government “purposefully expresses a message of its own through persons authorized to speak on its behalf.”

He said the flag program in Boston “cannot possibly constitute government speech” because the city never deputized private speakers and that the various flags flown under the program “reflected a dizzying and contradictory array of perspectives that cannot be understood to express the message of a single speaker.”

Boston occasionally allows private groups to fly flags, which are often flags from different countries, on one of the flag poles as part of a program to celebrate various Boston communities. The flag-raising events are in connection with ethnic and other cultural celebrations or the arrival of dignitaries from other countries or to commemorate historic events.

According to Camp Constitution, Boston in the 12 years prior had approved 284 other flags that private organizations had sought to raise as part of the program and no other previous applications had been rejected.

In a case of unusual bedfellows, the conservative Christian group seeking to fly its flag gained the support of both the Biden administration and the American Civil Liberties Union.

Boston resident Hal Shurtleff, the founder of Camp Constitution, emailed the city’s senior special events officials in 2017 seeking permission to raise the Christian flag and feature a presentation with local clergy focusing on Boston’s history. At the time, there was no written policy to handle the applications, and the city had never denied a flag-raising application.

The city determined that it had no past practice of flying a religious flag and the request was denied out of concerns the city would appear to be endorsing a particular religion contrary to the Establishment Clause of the Constitution. After the controversy the city created its first written Flag Raising policy.

Shurtleff sued the city, arguing that its denial of the flag violated his free speech rights under the First Amendment.

Shurtleff appealed the decision to the Supreme Court, arguing that Boston had violated the First Amendment because the flagpole displays ascended to a public forum and his group was denied because of its religious viewpoint.

“The City’s exclusion of Camp Constitution’s flag from the City Hall Flag Poles forum solely because the flag was called ‘Christian’ is unconstitutional viewpoint discrimination,” his lawyer argued.

Mathew Staver, a lawyer for Shurtleff, told the justices that the city exercised no control over the messages expressed during a temporary flag-raising event that was open to other groups.

In supporting Shurtleff, David Cole, the national legal director of the ACLU, argued in The Washington Post that “no reasonable observer would understand flying Camp Constitution’s flag — for just one hour on a single day — to be the government’s speech.”

He said that like the other flags flown before, the flag would be seen as the group’s flag “and as such, the city can’t turn it down because the flag is religious.”

Solicitor General Elizabeth Prelogar also told the justices that the flag-raising program did not amount to government speech in part because the city typically exercised no control over the choice of flags.

The city responded in court papers that the flagpole display was not a public forum open to all.

Douglas Hallward-Driemeier, an attorney representing Boston, told the justices that the flagpole “that stands prominently at the City’s seat of government is a means by which the City communicates its own message and has not simply been turned over to private parties as a forum to pronounce their own messages, including those antithetical to the City’s.”

He said that the flag-raising program’s goals were to commemorate flags from many countries and communities to create an environment in the city where “everyone feels included and is treated with respect.”

“In a democratic system like ours, it is critically important that governments retain the right and ability to speak on behalf of their constituents and take positions and privilege certain viewpoints when doing so,” Hallward-Driemeier said. He also said the city has halted its flag-raising program while the appeals process plays out “to ensure it cannot be compelled to use its City flagpole to publicize messages antithetical to its own.”

This story has been updated with additional details Monday.