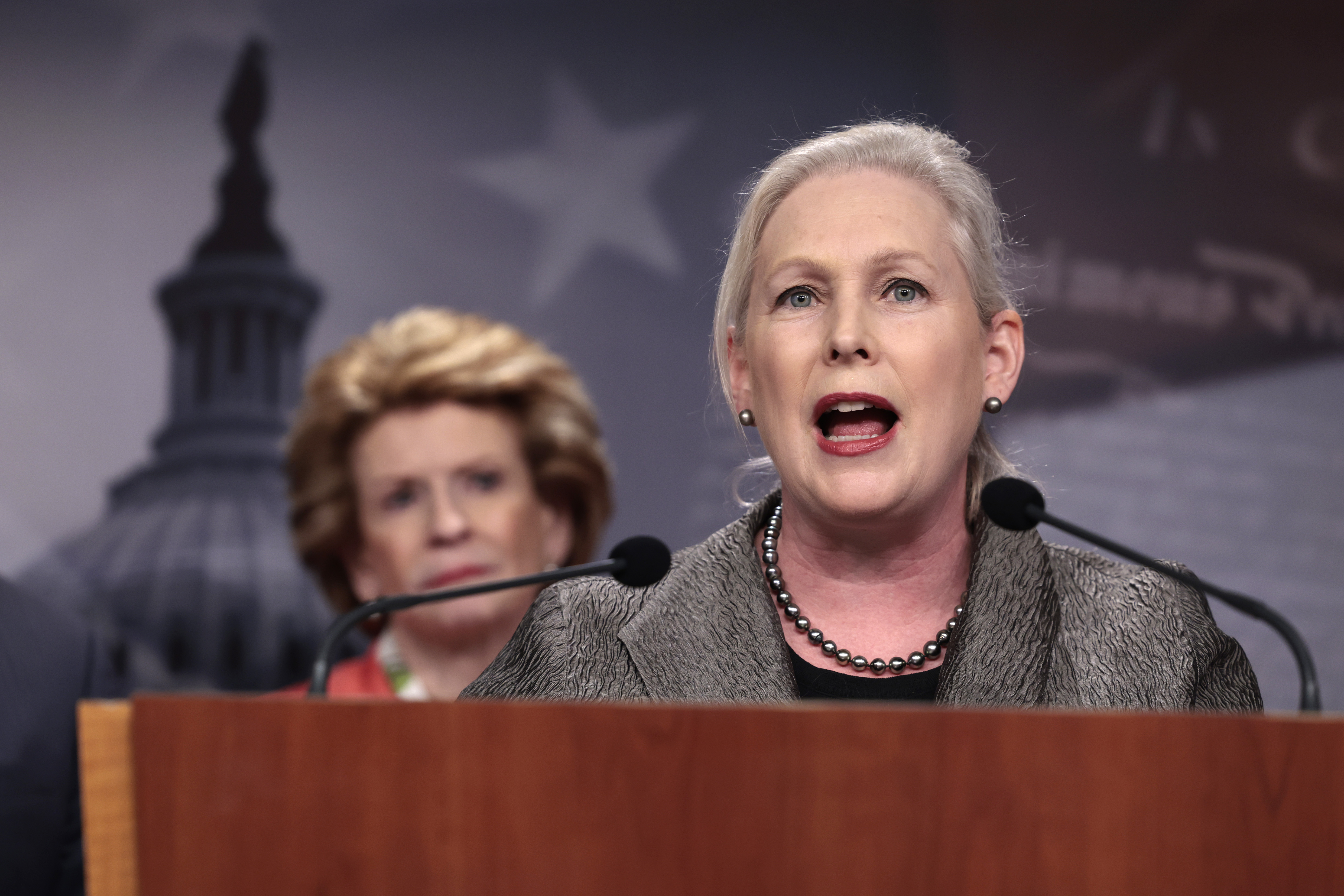 “Four justices in the last hearings I’ve witnessed have said that precedent matters and that precedent is the foundation of our legal system,” she said. “And so if they just feel they can just upend this previous because they don’t like it today, well, that’s inconsistent with what they promised.”

Collins (R-Maine) last week said she felt betrayed by what she saw in the draft opinion. “If this leaked draft opinion is the final decision and this reporting is accurate, it would be completely inconsistent with what Justice [Neal] Gorsuch and Justice [Brett] Kavanaugh said in their hearings and in our meetings in my office,” Collins said in a statement. Murkowski (R-Alaska) made a similar statement: “It was not the direction that I believed that the court would take, based on statements that have been made about Roe being settled and being precedent.”

Overturning Roe v. wade would take away women’s right to life, liberty and pursuit of happiness, Gillibrand emphasized — not men’s. She said she’d like to get rid of the Senate’s filibuster and “vote for our values.”

When questioned whether ridding of the filibuster could in the future give Republicans the ability to make abortions illegal nationwide — something Senate Minority Leader Mitch McConnell said is possible — Gillibrand said, “I don’t think the argument that Mitch McConnell will do bad things is persuasive at this point. [Those bad things] are already happening.”

On “Fox News Sunday,” Sen. Lindsey Graham (RS.C.) flipped the notion about judicial nominees lying on its head, saying it was inappropriate for senators to push nominees on their views on specific cases before voting to confirm them.

“You can’t bargain your way into getting onto the court,” he said. “So any senator who tries to bargain with a nominee — Will you uphold the case I like or overturn the ones I don’t? — is really doing a disservice to the court.”