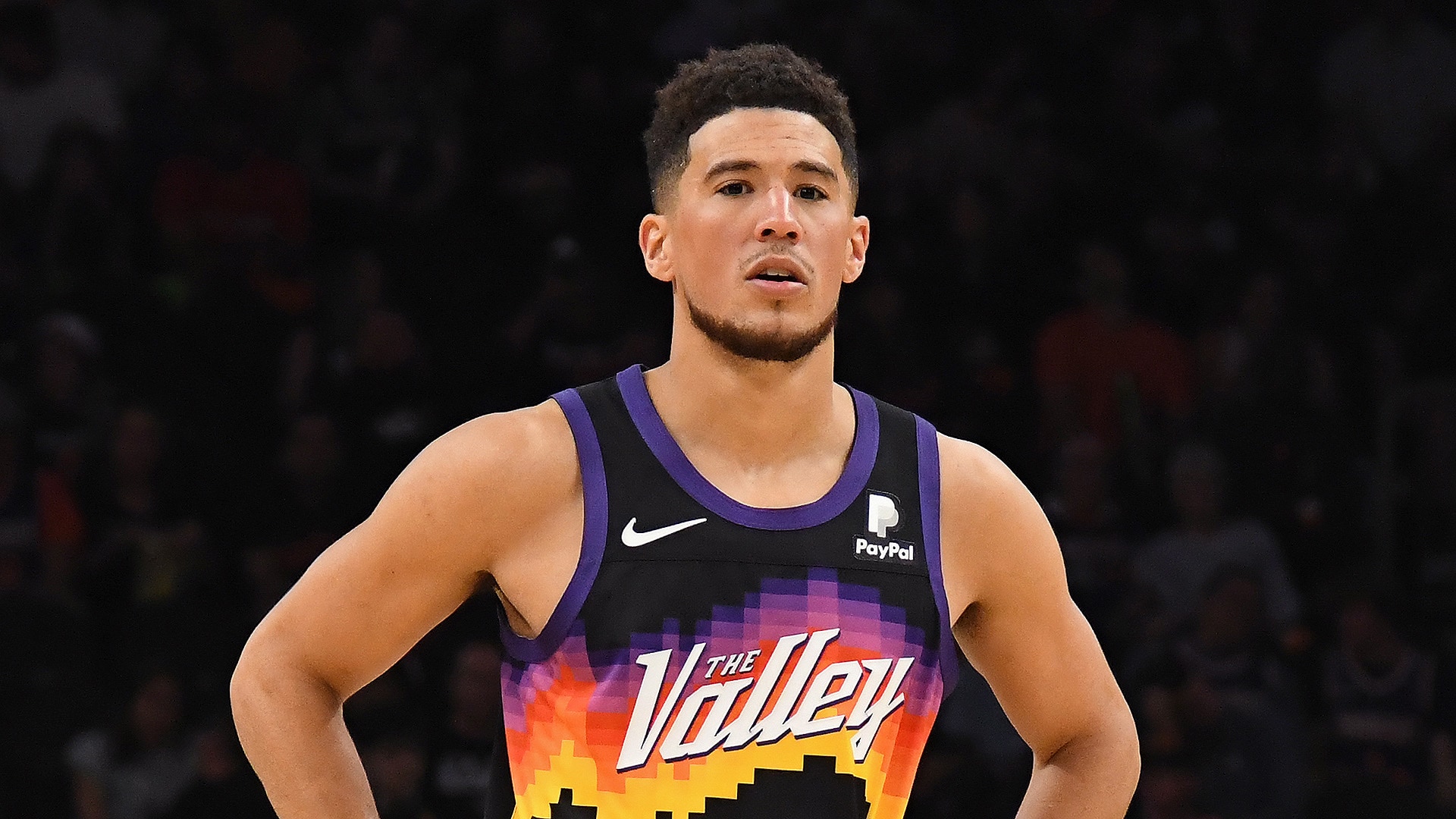 Suns star Devin Booker scored 31 points during the first half of Game 2 before exiting with a hamstring injury.

Phoenix Suns All-Star guard Devin Booker is out indefinitely after suffering a right hamstring injury in Game 2 of the Phoenix’s first-round series with the New Orleans Pelicans, the team announced today. Per the Suns, Booker has a mild right hamstring strain and “there is no timetable for his return.”

According to ESPN’s Adrian Wojnarowski, Booker is “unlikely” to play in the next two games but could still return during the series.

The right hamstring strain is believed to be mild and Devin Booker isn’t being ruled out of this opening-round series vs. New Orleans, sources tell ESPN. https://t.co/mFr2XIr25s

Booker was spectacular in the first half on Tuesday, finishing with 31 points (12-for-19 shooting) before suffering his injury and leaving the game in the third quarter.

On the possession before he departed, Booker jumped to contest a fastbreak dunk by New Orleans’ Jaxson Hayes, but it wasn’t immediately clear that he was hurt. The Suns trailed 77-74 with 4 minutes, 35 seconds left in the quarter when he departed.

Devin Booker appeared to suffer his hamstring injury while contesting this Jaxson Hayes dunk in Game 2.

Landry Shamet, who did not play in Game 1 of the series, subbed in for Booker and finished with five points on 2-for-3 shooting in 11 minutes.

Booker returned at the beginning of the fourth quarter wearing warmups and never re-entered the game. He missed multiple games earlier in the season with a hamstring injury.

After the game, there wasn’t much of an update on how long Booker would be out as he needed an MRI on Wednesday to determine the severity of the injury. Suns guard Chris Paul said the injury was no excuse for the Game 2 loss.

How will Devin Booker’s injury impact the series between the Pelicans and Suns?

“We’ve got guys that are more than capable of stepping up,” Paul said. “Book was killed. He was having a big-time game, but it is what it is.”

Booker, who will secure some Kia MVP votes this season, was instrumental in top-seeded Phoenix’s 110-99 Game 1 victory, scoring 25 points to go along with eight rebounds and six assists.

This is Booker’s second career playoff appearance after helping guide the Suns reach The Finals last season — the franchise’s first since 1993. Overall, he is averaging 28 points, three rebounds and 4.5 assists in the playoffs after posting 26.8 ppg, 5.0 rpg and 4.8 apg during the regular season.

“If we have to play without Book, next man up and we’ve done that all year long,” Williams said after the game, per Duane Rankin of the Arizona Republic.