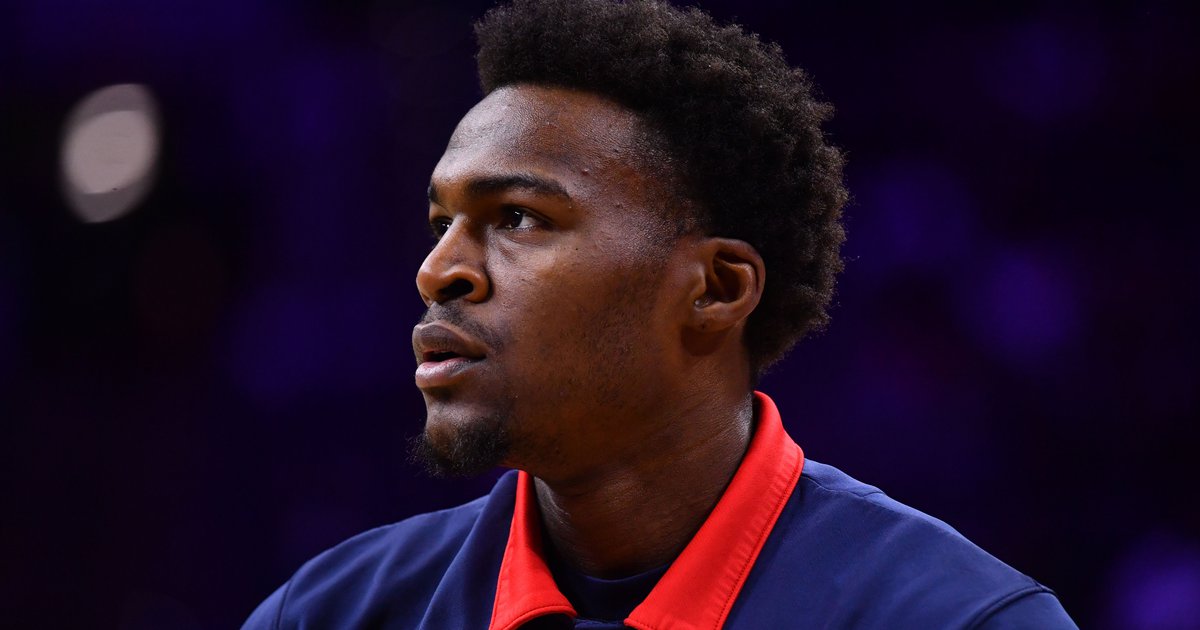 The Sixers had a competitive Summer League opener against the Memphis Grizzlies on Tuesday night, ultimately falling 103-99 in their first game out in Utah.

Here’s what I saw.

• One game in, I’m ready to put Paul Reed on “Too Good For Summer League” watch. Frankly, I sort of assumed that coming into the opener in Utah, because Reed has consistently dominated lower levels of competition and looked at home in an NBA playoff run last season. But you do have to confirm your assumptions with evidence, and Reed offered plenty in the Grizzlies game on Tuesday.

Starting next to Charles Bassey, Reed didn’t seem to be impacted at all by who was on the floor alongside him. If you can count on Reed for anything, it’s activity, and he slithered all over the place against Memphis, darting through gaps for offensive rebounds, layups and hustle plays that helped the Sixers stay within an arm’s reach of a hot-shooting Memphis. When his touch evaporated, Reed made up for it by continuing to grind on the glass for second and even third opportunities.

The surprise, at least based on the aesthetics, was Reed canning an early-clock three from the free-throw line extended. This is the setting where Reed should be encouraged to take some confidence threes if they come his way, and if he can make them with any semblance of consistency, it opens up some unique lineups for Philly that will be a chore for opponents to try to score against.

(I don’t have much confidence in Reed making threes, but hey, it’s Summer League, dare to dream a bit.)

Perhaps the best part of Reed’s performance was his ability to play good defense without getting baited into silly fouls. Supporting a team full of perimeter players that had issues keeping guys in front of them, Reed was constantly put in help situations where he showed the value of his length and athleticism.

If the Sixers are interested in learning what everyone has on this Summer League roster, they’d probably be better served just sitting Reed and letting everyone else have a tryout. I certainly don’t think it’s a bad thing for Reed to get minutes in competitive basketball games during the offseason, but I don’t think he has anything to prove against guys who are mostly fighting to show they belong in the league at all. His real test(s) will come later this year, when he may get a chance to play real minutes from the get-go.

The outside touch still isn’t there for Joe, who bombed away from the jump and never let up, but I think the diversity of looks is important to factor in there. Philadelphia had him taking pull-up threes, catch-and-shoot looks, threes off of movement, running him around the floor to different spots depending on the lineup they had and the play they decided on for a given possession.

As the game wore on, Joe got more opportunities to handle the ball and create offense, and that’s when he managed to have some nice moments as the Sixers worked to fight off a Grizzlies three-point barrage. Joe picked up a few assists as the lead ball-handler and probably could have added some more with better shotmaking/decision-making from teammates.

• Grant Riller’s opportunity to impact the Sixers has probably come and gone — their need for small-ish ball-handlers doesn’t really exist anymore — which is a shame because there is probably an NBA-level skill package in there. Injuries have been one of the big problems for him over the years, and he looks damn good physically right now, for however long this current run lasts.

With his legs under him, Riller’s ball-handling ability and shake stand out in a setting where a lot of guys are simply hoping to turn into competent ball-handlers. Compared to the guys around him, there was an obvious difference between Riller handling the ball and basically anybody else, which is both a compliment of his game and an indictment of the rest of the group.

• Jaden Springer not being a finished product at 19 is hardly something to yell and scream at him about. But even if he wasn’t fighting an uphill battle for minutes this year, I’d be pessimistic about his chances to play this season. The game is still moving a bit too fast for him, and that’s not what you wanted to see after a year of time spent working and developing with the G-League team.

The real disappointment is that he’s off the pace defensively, where he’s supposed to have a high floor to support his case while you wait for everything else to catch up. There were certainly moments where his athleticism flashed, and on-ball he can still be a pain to deal with, but he had far too many mental errors/lapses against Memphis. It wasn’t always his guy who was getting an open three because he hesitated or misread a play, but Springer was frequently the guy who started a negative chain reaction, leading to too many possessions that ended in uncontested Grizzlies jumpers.

That sort of thing can’t happen for him, nor for any young guy hoping to potentially carve out a role (even a spot role) for this year’s Sixers. They have gotten deeper already this offseason, and that puts additional pressure on the young players to be mistake-free on both ends. Springer fell well short of that in the summer opener.

It was also a poor shooting night for Springer, but more concerning for me is that he falls into a category too many Sixers have been in: reluctant shooter. Let it fly, young man. No consequences for missed threes in Summer League.

On the positive side for Jaden Springer, you can certainly see the athleticism and strength shine through when he is just out there playing instead of thinking. Much like last year, his second half was a good bit better than his first half, and he came up with arguably the play of the game late, ripping the ball from a rolling Xavier Tillman to set the Sixers up for a chance to tie or win the game.

I struggle to find a way to describe Springer’s ball-handling ability. I certainly don’t think he has a good handle, in that you rarely see him creating separation from a defender, which you saw when he got stripped on the game’s decisive play. On the other hand, he (often) does a good job of keeping the ball on him while navigating through traffic, which is an important skill for a guy who will probably have to make up for shooting limitations with free-throw generation. His best moments on Tuesday pretty much all came when Springer was headed toward the basket, his ability to absorb contact impressive despite his poor shooting effort from the field.

Finding the right pace is going to be key for him. The gears are still moving awful slow, but he has some talent.

• Charles Bassey was a guy many people (myself included) wanted to see get some burn toward the end of last year, especially as Doc Rivers continued to put DeAndre Jordan on the floor over and over again. There were some decent moments for him on Tuesday, plays where the athleticism flashed and Bassey’s raw talent was clear, but rarely was he able to turn those moments into results. It was a lot of flying around with no end product in sight.

You could argue that it doesn’t matter much because of what he’d be asked to do if he plays for the big club, which is just rim running and throwing down dunks after setting screens for James Harden and/or Tyrese Maxey. There won’t be a ton of designed post-ups for Bassey in the NBA. But there were issues beyond a lack of finishing at the basket, the Grizzlies managing to pound the offensive glass with Bassey on the floor despite the fact that he played a lot of his minutes with Reed alongside him.

I think Bassey is a guy whose night-to-night performance will be heavily tied to guard play, and the guard play wasn’t too special in this one.

• It’s Summer League, man. Most of the game is ugly.