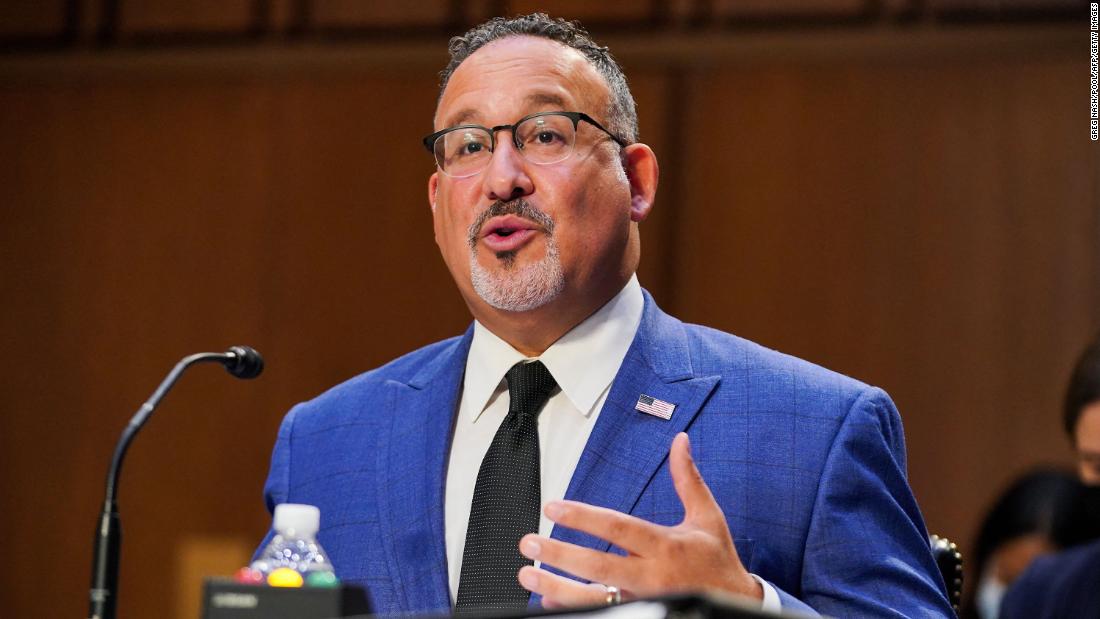 In a statement Wednesday, President Joe Biden acknowledged that the economy is stronger than it was a year ago but that “we are still recovering from the pandemic and the unprecedented economic disruption it caused.”

“That additional time will assist borrowers in achieving greater financial security and support the Department of Education’s efforts to continue improving student loan programs,” he said.

Borrower balances have effectively been frozen for more than two years, with no payments required on most federal student loans since March 2020. During this time, interest has stopped adding up and collections on defaulted debt have been on hold.

Both Biden and former President Donald Trump have taken actions to extend the pause. Biden had previously moved the payment restart date on three different occasions.

When the Biden administration extended the pause from September 2021 to the end of January 2022, it warned that it would be the final extension. But the President pushed back the date again as Covid-19 cases were on the rise during the winter.
Recently, Biden has been facing pressure from other Democrats and consumer advocate groups to move the date once again due to inflation and ongoing supply chain issues that make everyday items more expensive for households. Dozens of Democratic lawmakers sent a letter to Biden last week urging him to extend the pause until at least the end of the year.

Direct Loans as well as PLUS loans, which are available to graduate school students and parents on behalf of their children, are eligible for the benefit. Some federal loans that are guaranteed by the government but not technically held by it, known as Federal Family Education Loans, or FFEL, did not qualify. Generally, those were disbursed prior to 2010.

The pause on payments is even more significant for those who work in the public sector and may be eligible for federal student loan forgiveness after 10 years. They are still receiving credit toward those 10 years of required payments as if they had continued to make them during the pandemic, as long as they are still working full time for qualifying employers.

A recent analysis from the non-profit Committee for a Responsible Federal Budget found that the pause on interest and payments — from March 2020 through the previously scheduled end date of May 1, 2022 — will result in debt relief equivalent to an average of $5,500 per borrower.

The analysis notes this relief is largely due to the halt on interest accumulation and has benefited doctors and lawyers — who tend to borrow huge amounts of money for their graduate degrees — the most. The report may underestimate the relief because it doesn’t take into account the added benefit that those pursuing Public Service Loan Forgiveness receive from the payment pause.

The pause costs the government roughly $4 billion a month, according to the Committee for a Responsible Federal Budget.

Some key Democratic lawmakers, including Senate Majority Leader Chuck Schumer of New York and Sen. Elizabeth Warren of Massachusetts, have been pressing Biden to broadly cancel up to $50,000 of student loan debt per borrower.

Biden made it clear during the presidential campaign that he supported some federal student debt cancellation. But since taking office, he has resisted pressure to cancel debt on his own with an executive order.

Instead, Biden has urged Congress to pass legislation that cancels $10,000 per borrower. He also suggested that cancellation should exclude high-income borrowers, arguing last year that the government shouldn’t forgive debt for people who went to “Harvard and Yale and Penn.”
The Biden administration has also expanded existing loan forgiveness programs for borrowers who work in the public sector, those who were defrauded by for-profit colleges and those who are now permanently disabled.
Those efforts have resulted in the cancellation of more than $17 billion in federal student loans, wiping away debt for more than 700,000 borrowers.

In a statement Wednesday, the Department of Education said that it will allow all borrowers with paused loans to receive a “fresh start” on repayment by eliminating the impact of delinquency and default and allowing them to reenter repayment in good standing.

The Department of Education has previously said that borrowers can expect to receive a billing statement or other notice at least 21 days before their payment is due. Those who had set up auto payments may need to notify their loan servicing company they want those to continue.

If federal student loan borrowers can no longer afford their monthly payment once they resume, they may be eligible for an income-driven repayment plan. Under those plans, which are based on income and family size, a monthly payment can be as low as $0 a month.