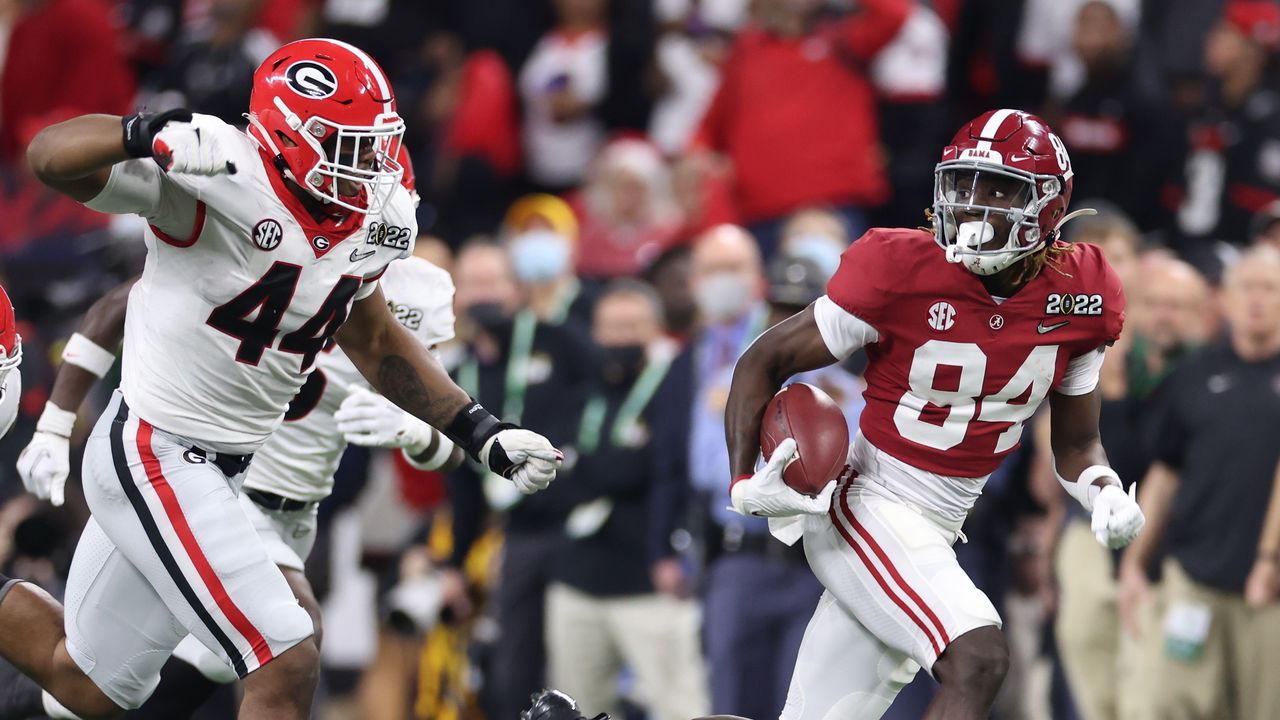 Over the past 24 hours, rumors and reports have been rampant about the status of Texas transfer Agiye Hall.

Social media ignited a firestorm Tuesday after speculation about the receiver not being on the Longhorns’ online roster. In addition, all mentions of Texas on Hall’s social media platforms appeared to be scrubbed.

The speculation isn’t entirely without precedent. Last month, Hall’s name was removed from Alabama’s roster. He took to Twitter to let people know it was news to him. The next day Nick Saban announced Hall was no longer a member of the team. Hall reacted by entering the transfer portal.

Fast forward a month. His name isn’t on the Texas roster.

On Wednesday, the Texas coach addressed the situation. Sarkisian, who was at the Texas Fight Tour stop in Houston, told those in attendance, per Jeff Howe of 247 Sports, that Hall has signed a financial aid agreement with Texas. It is reported the agreement binds the school to the player, but not the player to the school.

“We might’ve had a hand (in that),” he said, by Brian Davis of The Austin American-Statesman.

So, why isn’t the receiver on the Texas roster?

Sarkisian cleared up that little misconception, too.

Hall is expected in Austin “next week” before beginning summer classes and summer workouts, 247Sports reports, citing a source.