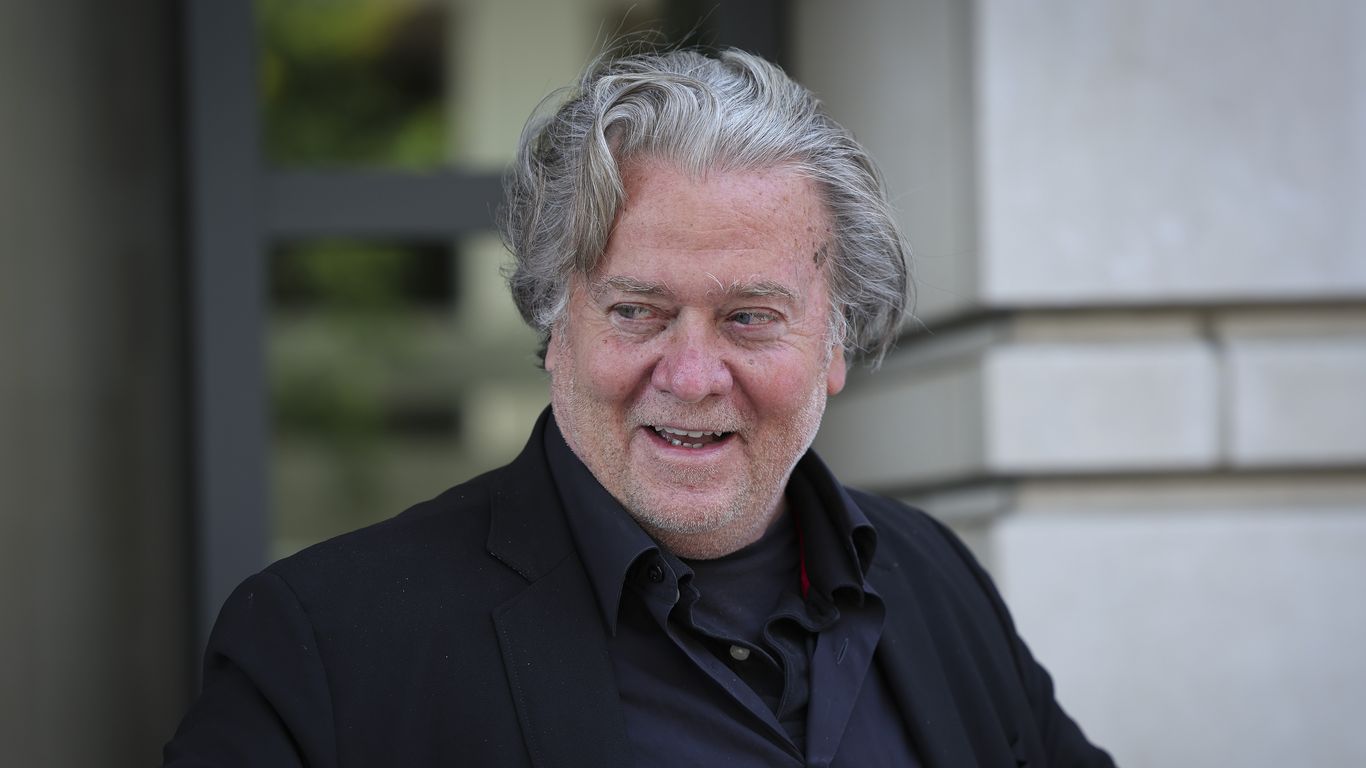 Former President Trump said he has waived executive privilege to allow Steve Bannon to testify before the Jan. 6 committee, according to a letter sent he sent his former adviser on Saturday.

What’s new: The Department of Justice said Trump’s attorney Justin Clark told the DOJ on June 29 “that the former President never invoked executive privilege over any particular information or materials” related to Bannon, per a motion filed in the District Court in DC early Monday and obtained by the Guardian’s Hugo Lowell.

Why it matters: Last November, a federal grand jury indicted Bannon on two counts of contempt of Congress for his failure to comply with a subpoena issued by the Jan. 6 panels.

The big picture: In the letter, Trump recounted how he had invoked executive privilege when Bannon first received his subpoena from the committee.

In a letter to Rep. Bennie Thompson (D-Miss.), who chairs the Jan. 6 committee, a lawyer for Bannon wrote that his client would be willing to testify and would prefer to do so at a public hearing.

State of play: Damning testimony from the Jan. 6 committee has been drawing in millions of viewers and seeking to emphasize the direct ties between Trump and the violence on Jan. 6.

Editor’s note: This article has been updated with details from the DOJ’s court filing.