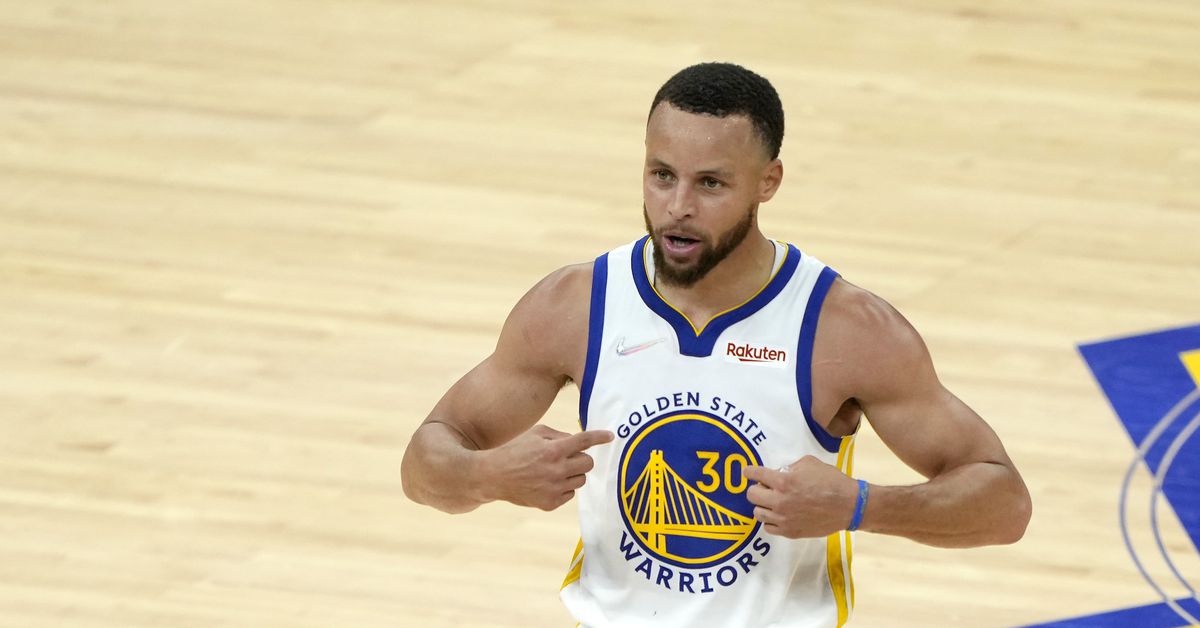 Well that was a basketball game we won’t soon forget. The Golden State Warriors had an awful first half against the Dallas Mavericks in Game 2 of the Western Conference Finals, at one point trailing by 19 points. But they overcame the big deficit, and in the process arrogantly defeated the Mavs 126-117.

It’s a 2-0 series lead for the Dubs, but the next two wins won’t be easy at all.

But we don’t don’t have to worry about them yet. For now we just worry about the magnificent victory … and the players who accomplished it. And that means grabbing the red pen, and doling out grades — some good, some bad — for the Warriors who took the court on Friday. As always, grades are weighted for our expectations of each player.

The streak lives on!

Other than that, it was a pretty rough game for Dray, for a number of reasons. He was in foul trouble most of the night, and picked up his fifth foul halfway through the third quarter, which sidelined him until halfway through the fourth. And then he crowded out when he returned.

Green can’t put himself at the discretion of the refs in such a critical game. They gave him a lot of rope on Friday, thankfully, but he can’t assume they will go forward.

Post game bonus: Tied for the team lead in assists, worst plus/minus on the team.

A pretty inefficient scoring night from Wiggins, who tried to recreate his brilliance from Game 1’s first half, but was very much unable to do so.

I will say that Wiggins did a better job defending Luka Dončić than any of the other Warriors did, but Dončić still ended up with a highly-efficient 42 points and eight assists with just two turnovers.

Quality passing, and Wiggins has done a great job lately of taking care of the basketball. But ultimately not a very good game from him.

Post game bonus: Tied for the team lead in assists.

Was this the best game of Looney’s life? It very well could have been.

I think it’s pretty fair to say it was the best offensive game of his life. He had a career high in points, but the wildness of his scoring output goes beyond that.

Not just a regular old career-high for Looney; has also never scored more than 20 in a game in preseason, or summer league, or G League.

There’s not much to say about Looney, truthfully, because the numbers really do tell the story. He dominated the interior, regularly scoring inside and containing Dallas’ offense. He did really well when switched onto Dončić. He had 21 rebounds — the Mavs, as a team, had just 30.

And when Green got in foul trouble and sat in place of Looney, the Warriors played better basketball.

Just a sensational showing for someone who is long overdue to receive his flowers.

Jokes aside, this was a pretty epic game from Curry. He was the only Warrior with any offense in the team’s dismal first half, and almost single-handedly put together a run in the late second quarter to give the team some life and momentum going into the break.

And in the second half he started dancing on them, before going in for the kill.

Stephen vs. Luka is a battle for the ages, and I’m so glad we get to watch it. I’m also so glad that we’re on the Steph side of it.

Post game bonus: Led the team in points, tied for the team lead in assists.

Despite the fact that his jump shot wasn’t falling, Klay still managed to have an incredibly efficient scoring night. It was a great showing of quality shot selection and aggressive drives to the hoop for Thompson, and the latter resulted in a handful of clutch buckets in the second half.

All that said, his defense was really bad in this game. He got torched by Dončić — and yes, everyone does, but Klay was really struggling to even force Dončić away from the spots he wanted to be in. And Thompson’s defense wasn’t very good against other players either.

Post game bonus: Tied for the team lead in assists.

I really, really, really don’t want to think about where the Warriors would be if OPJ were still sidelined with his foot soreness.

What’s there to say that I haven’t already said a million times? He keeps the offense flowing, plays quality defense regardless of who he’s switched onto, attacks the glass relentlessly, and makes his shots.

Lee isn’t supposed to be playing right now. But Andre Iguodala and Gary Payton II are injured, and Porter probably isn’t ready to play 30 minutes, so Steve Kerr has turned to Lee.

I said after Game 1 that the Mavs were a little helpless against a player like Poole, who can score by stepping back for a three, or slashing his way to the hoop.

That was on full display on Friday, with Poole just toying with the Dallas defense, seeing what actions they would stop, and then punishing them with different ones.

He was fully in control, and simply looked to be playing at an entirely different level than the Mavericks defenders.

It helps that the defense is still hyper-focused on Curry and Thompson, but Poole was shining even when those two players were on the bench. He’s the real deal… and then some.

Post game bonus: Tied for the team lead in assists, best plus/minus on the team.

Moody got Lee’s second-half minutes and I think it’s safe to say that he’s also going to get Lee’s Game 3 minutes.

If you weren’t paying close attention, you wouldn’t have noticed Moody was in the game. That’s a good thing. He played mistake free, which is the biggest thing the Warriors want from him, and an incredibly rare thing to find from a rookie.