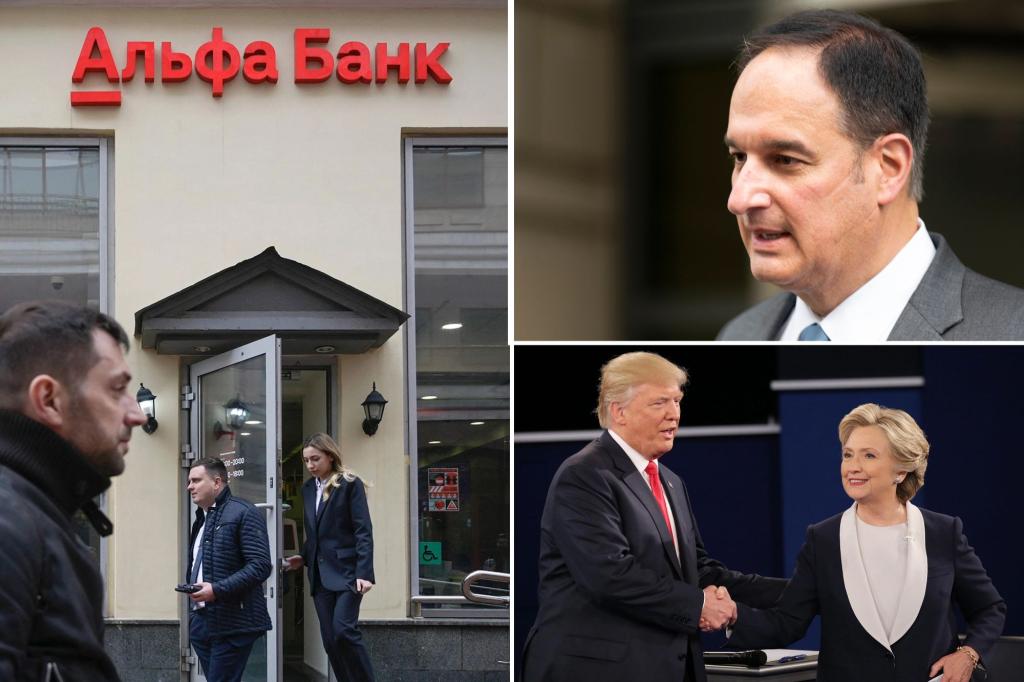 WASHINGTON, DC — Members of the research firm that commissioned the infamous “Steele dossier” met with a journalist to spread an incorrect theory linking Donald Trump and Russia after learning about it from former Hillary Clinton campaign lawyer Michael Sussmann, a meeting participant testified Wednesday.

The testimony from Laura Seago, a former analyst at the Fusion GPS research firm, came after the judge in the case ruled that special counsel John Durham’s team could present some evidence of Sussmann’s meetings with the company and its associate, former British spy Christopher Steele.

Seago told jurors at Sussmann’s trial that the meeting with Franklin Foer came after she was tasked with “translating” computer data that purported to show a secret back channel between a Trump Organization server and Russia’s Alfa Bank, so it could be understood by “a lay hearing.”

During the hourlong sit-down, they told Foer that the information had been vetted by “highly credible computer scientists” who “seemed to think these allegations were credible,” Seago tested.

“We certainly hoped he would publish an article,” she said.

On Oct. 31, 2016 — just eight days before the election — the Slate website posted a story written by Foer, “Was a Trump Server Communicating With Russia?”

It was quickly seized upon by Clinton, who tweeted“It’s time for Trump to answer serious questions about his ties to Russia.”

Clinton also released a statement from campaigner Jake Sullivan, now national security adviser to President Biden, who advised, “This secret hotline may be the key to unlocking the mystery of Trump’s ties to Russia.”

Prior to meeting with Foer, Seago said, she and Fritsch met in the summer of 2016 with Sussmann, Clinton campaign general counsel Marc Elias and Rodney Joffe, a tech executive who was also a Sussmann client, to discuss the Alfa Bank data.

According to Sussmann’s indictment, Joffe told him about the information after it was “assembled” by a computer researcher who used the moniker “Tea Leaves” and has since been identified as April Lorenzen.

At the time of the meeting, Seago didn’t know that the Clinton campaign was paying Fusion GPS to dig up dirt on Trump but was aware that Democrats were funding the opposition-research effort, she testified.

In March, the Federal Election Commission fined the Clinton campaign and the Democratic National Committee for disguising their payments to Fusion GPS on official disclosure forms.

During opening statements at Sussmann’s trial on Tuesday, prosecutor Deborah Brittain Shaw said an official investigation later determined that a “spam email server” used for marketing purposes was actually behind the computer data.

Sussmann, 57, is accused of lying to the FBI by denying that he wasn’t “acting on behalf of any client” when he handed over data and written reports related to the Alfa Bank allegations Sept. 19, 2016,

Following Seago’s testimony, the prosecution called Elias to the witness stand and he described hiring Fusion GPS to work for the campaign on April 1, 2016, at a rate of $130,000 a month.

Elias said only a handful of people knew Fusion GPS was working for the campaign, with Sussmann among them.

“When I hire any consulting firm I want there to be confidentially,” he said.

Elias tested about a series of invoices Sussmann submitted to the Clinton campaign in connection with his work on the Alfa Bank allegations.

Elias said on the stand that he didn’t recall the meeting or the conference call but said he would have billed the campaign in the same manner.

Sussmann and Elias are both former partners at the powerhouse Perkins Coie law firm, which represents the DNC.

Elias resigned to form his own firm about three weeks before Sussmann was charged in September.

Sussmann quit the day after his indictment was unsealed, with Perkins Coie saying he’d been on leave and “offered his resignation from the firm in order to focus on his legal defense.”