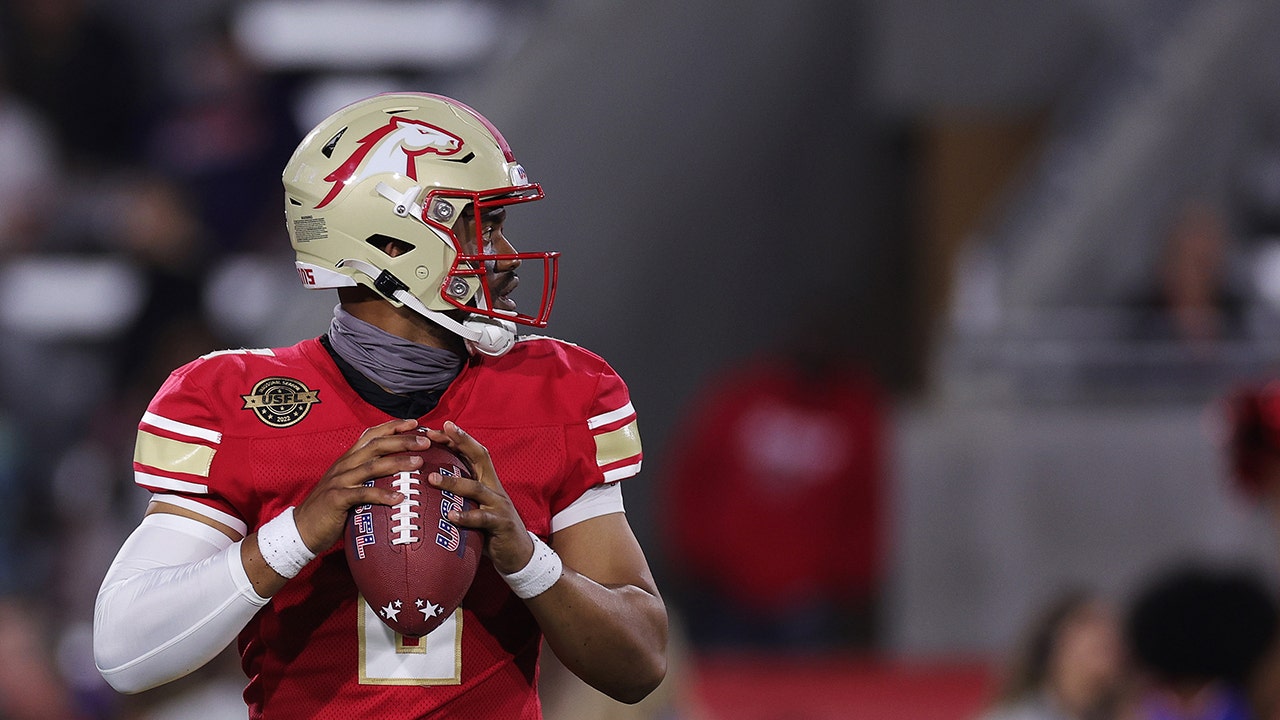 Smith, who came into the game for starter Alex McGough, guided the Stallions to a 10-play, 59-yard drive that ended with a 2-yard rushing touchdown by the quarterback.

J’Mar Smith #6 of Birmingham Stallions reacts on the sidelines in the third quarter of the game against the New Jersey Generals at Protective Stadium on April 16, 2022 in Birmingham, Alabama.
(Carmen Mandato/USFL/Getty Images)

He finished 11-for-21 with 156 passing yards and a touchdown pass. He added 13 yards on the ground and the game-winning touchdown run. He told Hornacek that his final game with Louisiana Tech at the 2019 Independence Bowl was what he thought about after running in for the score. In that game, he scored on an 8-yard rush in the fourth quarter to beat Miami.

J’Mar Smith #6 of Birmingham Stallions looks on during warm ups before the game against the New Jersey Generals at Protective Stadium on April 16, 2022 in Birmingham, Alabama.
(Carmen Mandato/USFL/Getty Images)

“The clip that popped up into my head was the last bowl game we played in,” Smith said. “The crowd really go loud when I scored the last touchdown going into the last moment in the bowl game in 2019. But it was just very electric to see the supporters out here – the fans of the USFL, fans of the Birmingham Stallions. It was just a long time coming to be back on that field for sure.

Smith was among the first players to play in the new USFL and to pick up a victory just meant more for him.

“To be a part of history, as you can say, it feels good. Get that win because we do have meetings today so that feels pretty good,” Smith said. “But like I said, just got out there and put on a show in front of the fans and the people that support us, there’s no better feeling than to do that for sure.”

J’Mar Smith #6 of Birmingham Stallions looks to pass the ball in the second quarter of the game against the New Jersey Generals at Protective Stadium on April 16, 2022 in Birmingham, Alabama.
(Carmen Mandato/USFL/Getty Images)

Birmingham will look to go 2-0 on Saturday when they play the Houston Gamblers at 7 pm ET on FS1.