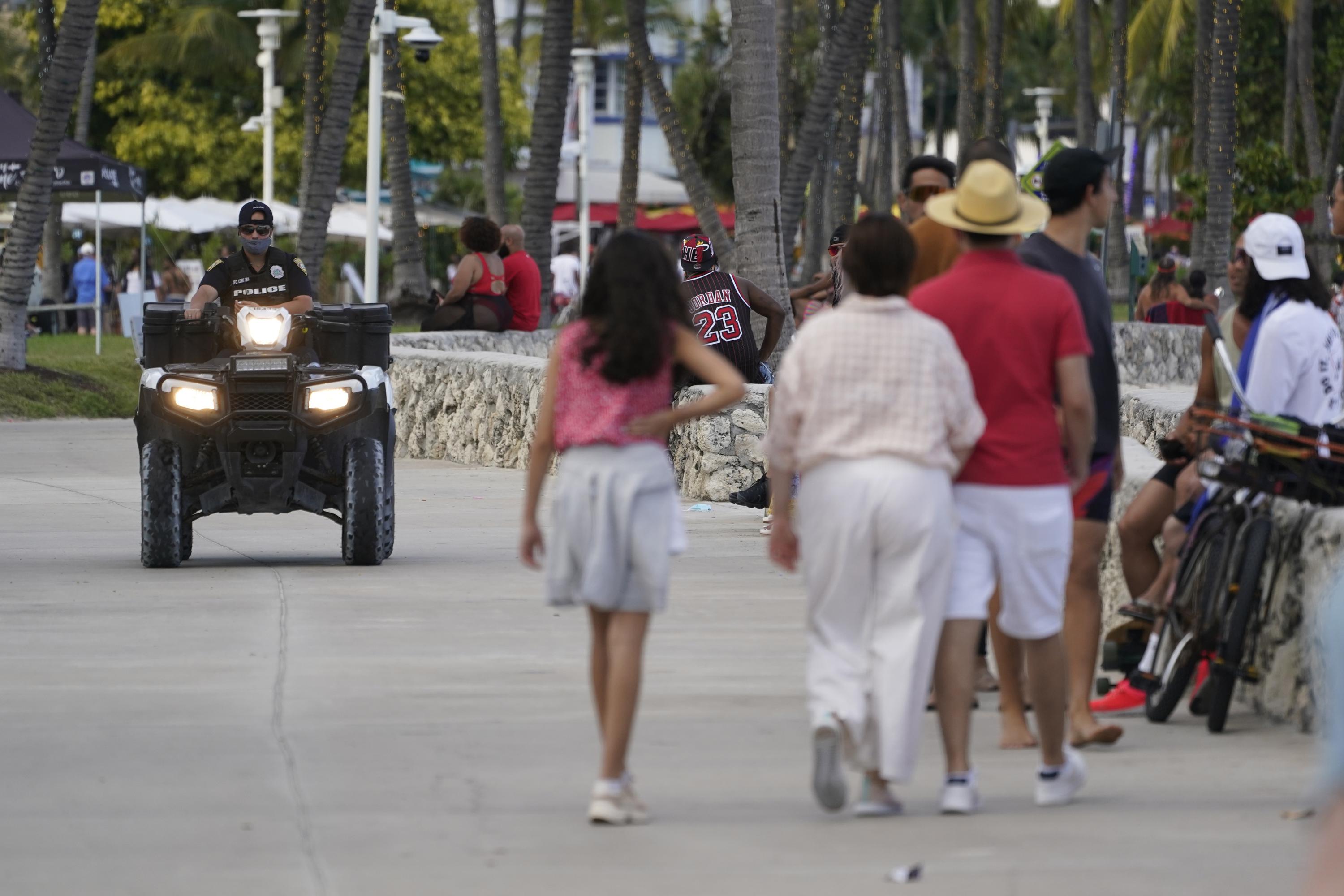 Miami Beach Mayor Dan Gelber and City Manager Alina Hudak announced the emergency order at an afternoon news conference. It includes a curfew for the South Beach area that starts early Thursday after midnight and runs through the weekend.

The city commission will hold an emergency meeting Tuesday to discuss the declaration, and Hudak said she plans to recommend the curfew be extend through the next weekend.

Thousands of college students and other young people gather annually in Miami Beach for spring break, and this is the second year in a row that officials for the South Florida city have declared a state of emergency in this famous partying spot.

The mayor said about 100 guns have been seized over the past four weeks, and several police officers have been injured while controlling the crowds.

“We can’t endure this anymore. We just simply can’t,” Gelber said. “This isn’t your father or your mother’s spring break. This is something entirely different.”

Gelber noted that the five people were shot over the weekend despite 371 police officers being deployed.

Three people were wounded early Sunday on a street crowded with spring breakers in the city’s South Beach neighborhood, police said. Two victims wounded at the scene were taken to a hospital, while doctors at another hospital reported a third person arrived there with a gunshot wound. All were expected to survive.

At the urging of some residents, city officials have been working in recent years to crack down on unruly behavior in South Beach. But efforts to curb the excessive drinking and violence have raised complaints about racism, classism and business practices.