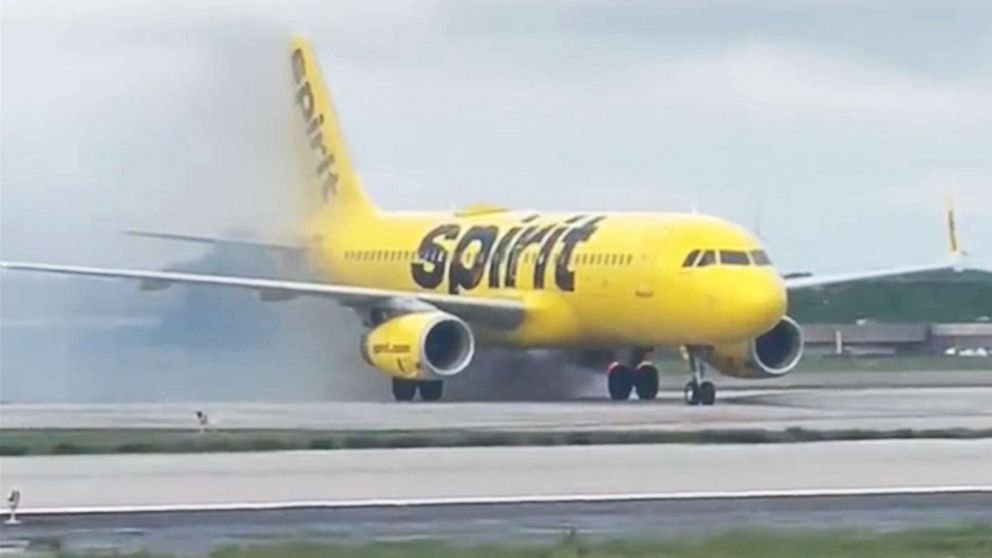 A Spirit Airlines plane that landed at Atlanta’s Hartsfield-Jackson International Airport from Tampa, Florida, on Sunday morning briefly caught fire on the runway after one of its landing gear brakes overheated.

Atlanta Fire Rescue put out the fire after the brakes in the landing gear ignited at 9:25 am, the airport said in a statement to ABC News. There were no reported injuries.

“Spirit Flight 383 from Tampa to Atlanta landed safely in Atlanta International Airport and upon landing one of the brakes overheated,” Spirit said in a statement on Sunday.

“The aircraft was towed to the gate where Guests safely deplaned without any injuries. Thank you to the Atlanta first responders for immediately meeting the aircraft. The plane will be temporarily removed from service for maintenance.”

Last month, three people were injured when a Red Air plane caught on fire when it landed at Miami International Airport and caught on fire.

The landing gear on the plane had also caught on fire when landing, the Federal Aviation Administration told ABC News in a statement.

Editor’s Note: A previous version of this story incorrectly reported that Spirit Airlines confirmed the plane caught fire, when it had said in a statement one of the brakes overheated upon landing. The story has been updated.