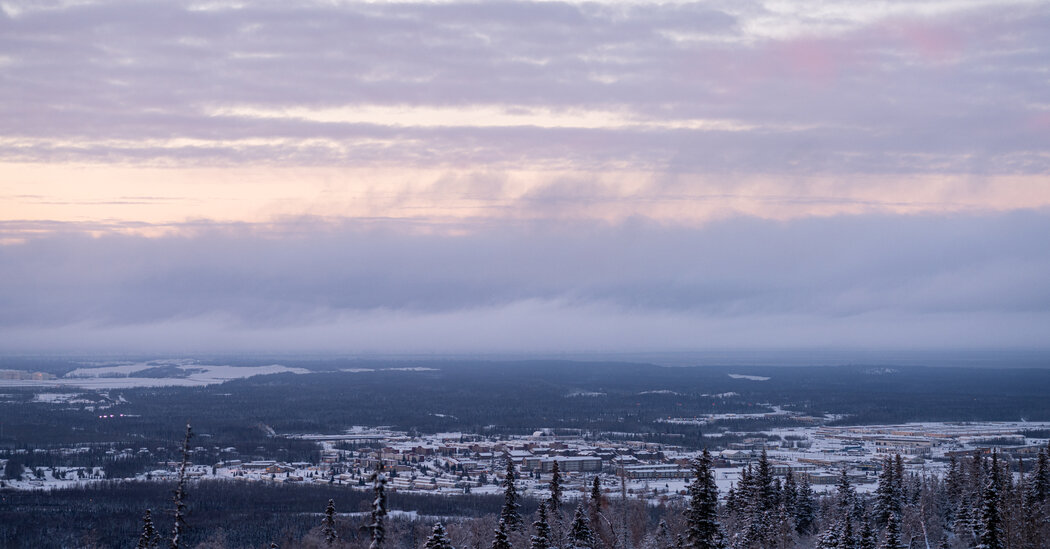 A US Army soldier who stumbled across a brown bear den and was surprised by a “flash of brown mass” was killed in a bear attack on Tuesday while scouting a wilderness area on an Alaska military base, a state wildlife official said.

Three soldiers had come across the den while mapping out a training site for a land navigation course on Joint Base Elmendorf-Richardson in Anchorage, said Capt. Derek DeGraaf, commander of the Northern Detachment of the Alaska Wildlife Troopers, an agency that enforces wildlife laws. The soldiers’ arrival prompted the mother bear, or sow, to crawl outside, he said. She ran away after knocking down one soldier and attacking a second, who later died.

“From the soldier’s perspective, there was a flash of brown mass,” he said. “They were attacked and didn’t even see it coming.”

The soldier who had been knocked down was treated for minor injuries at a nearby hospital and released, Captain DeGraaf said. The joint Army and Air Force base declined to release the name of the deceased soldier on Wednesday, pending family notification, and provided no further details about other soldiers involved in the episode. Captain DeGraaf said the two soldiers were both men around 30 years old.

The US Army Criminal Investigation Division is investigating, as it does with all unexpected soldier deaths on army posts, said Patrick Barnes, a spokesman for the agency. The area is closed to the public for recreation, according to a statement from the base.

The state wildlife troopers learned about the bear attack at around 1:50 pm on Tuesday and responded to the scene with members of the Alaska Department of Fish and Game and the US Army Criminal Investigation Division, Captain DeGraaf said. The Security Forces Squadron of the 673rd Air Base Wing initially responded, the base said.

Bear attacks are rare in Anchorage, and even in the wooded area the soldiers were scouting, bear dens are uncommon, Captain DeGraaf noted. These naturally camouflaged underground dugouts are often in remote wilderness — not unlike the training area — but usually at higher elevations on mountains and hillsides, he said. People often don’t recognize bear dens until later in the year, he said, when more bears have crawled out of hibernation and more tracks are visible on the ground.

The vast majority of the hospitalized victims in the study were white men—mostly people in outdoor jobs and recreation—attacked by brown bears. One of the victims was in the military. These attacks were most common in the summer months in the state’s southern coastal region along the Gulf of Alaska. Bears often attacked, the study found, after they were started or perceived a threat, and many were trying to protect their cubs.

Though infrequent, bear attacks appear to be on the rise globally, the study said, because of habitat overlap from human population growth and outdoor recreation.

Wildlife troopers in the Anchorage area have received more bear sighting calls in the last week and a half as the creatures emerge from their winter hibernation, Captain DeGraaf said. More bears are wandering into town, he added — like the black bear he saw near the fence at a softball game this week “slumbering like it had just woke up.” People in the area usually encounter “dumpster-diving bears” that rummage through trash.

The soldiers were about a mile off Pole Line Road in a shady wooded area where little pockets of snow still cling to the ground after the area’s snowy year, according to Captain DeGraaf. A helicopter was dispatched to find the bear, but the crew struggled to search through the dense canopy, he added. He said troopers remained on the scene until late Tuesday evening to see if the sow would return, but she didn’t, leaving her cubs alone in their den.