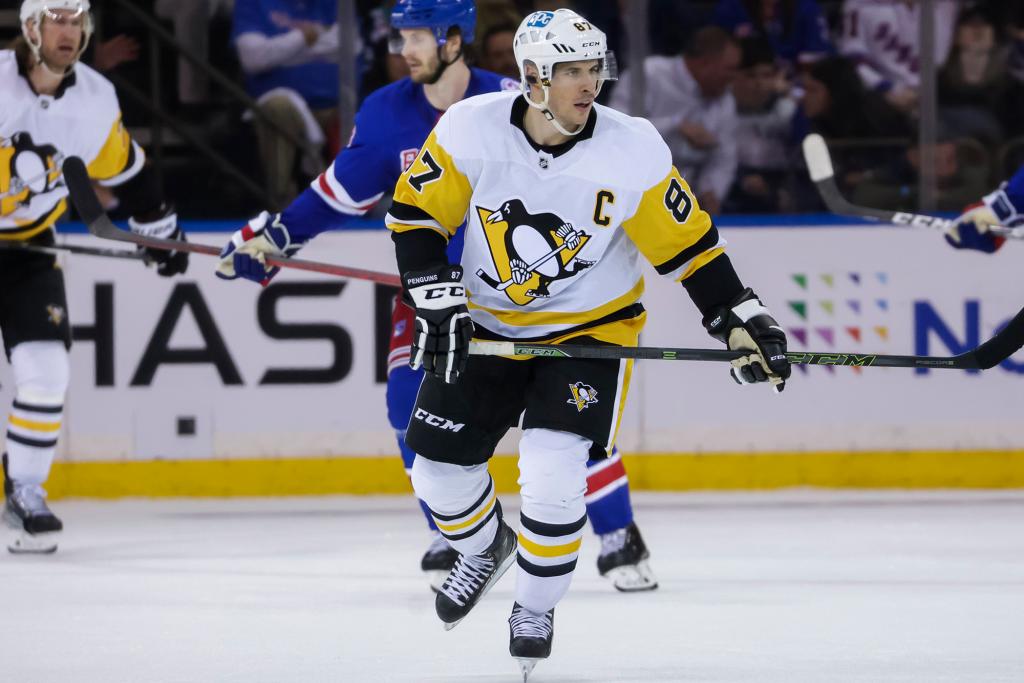 If the Penguins are to close out the Rangers on Friday night, they’ll have to do it without Sidney Crosby.

The Pittsburgh superstar, who did not return to Game 5 of the first-round playoff series after taking a high hit from Rangers defenseman Jacob Trouba, didn’t skate with teammates during Friday’s morning skate and will not suit up for Game 6.

“Sid is in a good place,” coach Mike Sullivan told reporters on Friday morning, hours before the Penguins attempt to turn their 3-2 first-round series lead into a second-round playoff berth.

Crosby, as he’s been since being drafted No. 1 overall by Pittsburgh in 2005, has been the focal point of the Penguins offense in the playoffs. He torched the Rangers and their Vezina candidate netminder Igor Shesterkin for two goals and nine points in the first five games.

The logical player to step up in Crosby’s absence would be Evgeni Malkin, a longtime complement to the top center who has dominated when the Pittsburgh captain has been sidelined for various injuries through his career.

“We expect him to be the player he’s been for us in my time here,” Sullivan said of Malkin. “He has the ability to be a dominant payer. I think his track record speaks for itself.”

Crosby is not the only injury concern for the banged-up Pens.

Goalie Louis Domingue has done an admirable job filling in for backup goalie Casey DeSmith after he left Game 1 of the series with a core injury that needed surgery. Starter Tristan Jarry could be available for a potential Game 7 against the Rangers as he recovers from an upper-body injury.

Also missing for Pittsburgh is defenseman Brian Dumoulin (lower-body injury), though forward Rickard Rakell is considered a game-time decision after being injured in Game 1 of the series.

“Well, this isn’t anything out team isn’t accused of,” Sullivan said. “We played a fair amount of this season in these circumstances and these situations. It’s a great opportunity for guys to step up and play a more significant roles and contribute in other ways to help our team win. I think our guys are excited about it and they’ve shown an ability to rise to the occasion. … It isn’t anything our team isn’t accused of.

“We believe we have what it takes to win.”