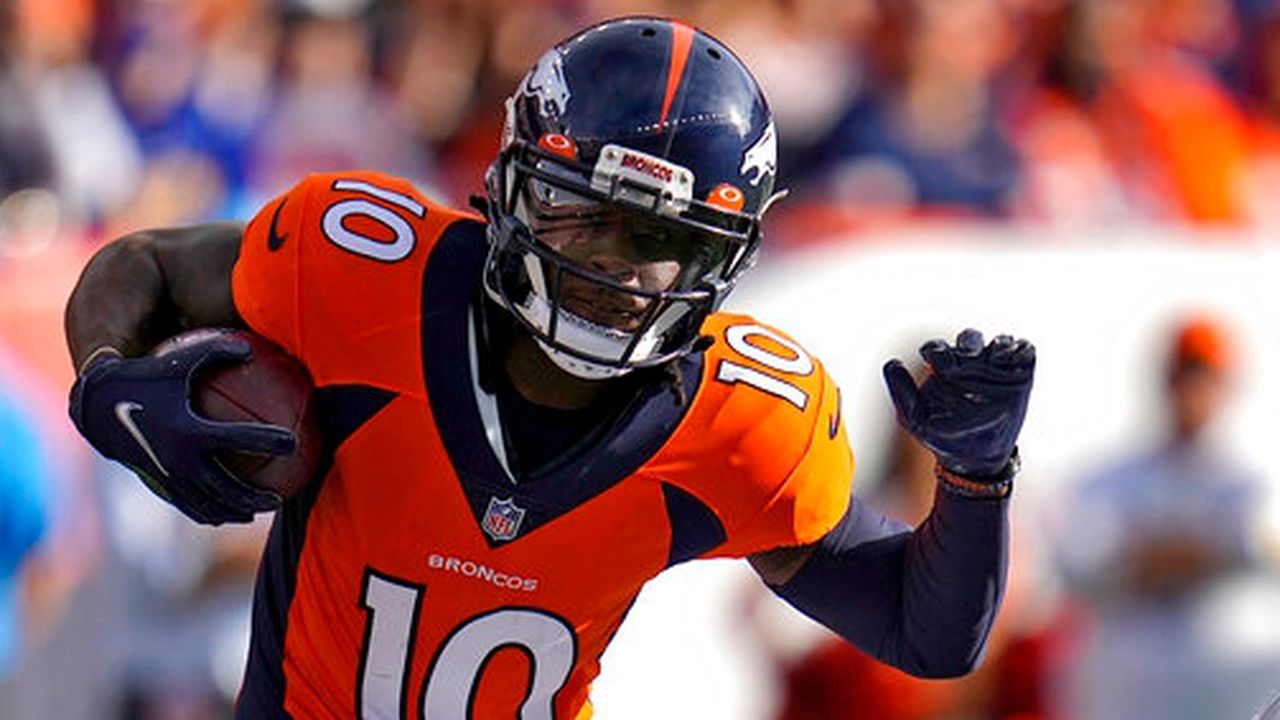 The Arapahoe County Detention Center is across the street from the Denver Broncos’ practice facility in Centennial, Colorado.

Normally, wide receiver Jerry Jeudy works out at the facility as a member of the NFL team. But he will spend Thursday night across the street in the detention facility awaiting his first court appearance after being arrested on Thursday.

The former Alabama standout was booked into jail and charged with second-degree criminal tampering with a domestic-violence enhancer.

Brown said even though domestic violence is part of the charge, no physical contact was involved in the specific incident. But because Jeudy and the woman who called the Arapahoe County Sheriff’s Office have a 1-month-old daughter, the domestic-violence statute had to be added.

And because the charge involved domestic violence, Jeudy had to receive a no-bond hold, which meant he can’t be released until making an appearance before a judge. Jeudy is scheduled to make his first court appearance at 9:30 am MDT Friday at the Arapahoe County Courthouse.

Brown said deputies responded at 10:15 am Thursday to a call from a female asking for a “keep-the-peace situation.” She told the deputies that she was trying to leave but Jeudy had control of her property

“Deputies confirmed that was true, and she was unable to access it,” Brown said.

Brown said it appeared the woman could not get to her wallet, which the sheriff said he thought had been locked in a vehicle, as well as “a couple of items that were associated with the child,” which Brown identified as medical information and a car seat.

Jeudy was taken into custody without incident, Brown said.

According to the Colorado Revised Statues, second-degree criminal tampering occurs if someone “tampers with property of another with intent to cause injury, inconvenience or annoyance to that person or to another or if he knowingly makes an unauthorized connection with property of a utility. ”

“When it comes to the severity of the charges,” Brown said, “it’s a very low-level misdemeanor, but we take all cases of domestic violence very seriously. It’s important to make sure that victims’ voices are heard in these specific situations, and that’s what we’re doing right now.”

Domestic violence is not an independent crime in Colorado, but when applied as a sentencing enhancer, it can increase the punishment for any offense.

Jeudy joined the Broncos as the 15th player picked in the 2020 NFL Draft. He had been a consensus All-American selection in 2018 for Alabama, and he repeated as a first-team All-American choice of the American Football Coaches Association in 2019.

In 26 games with Denver, Jeudy has caught 90 passes for 1,323 yards and three touchdowns.

FOR MORE OF AL.COM‘S COVERAGE OF THE NFL, GO TO OUR NFL PAGE