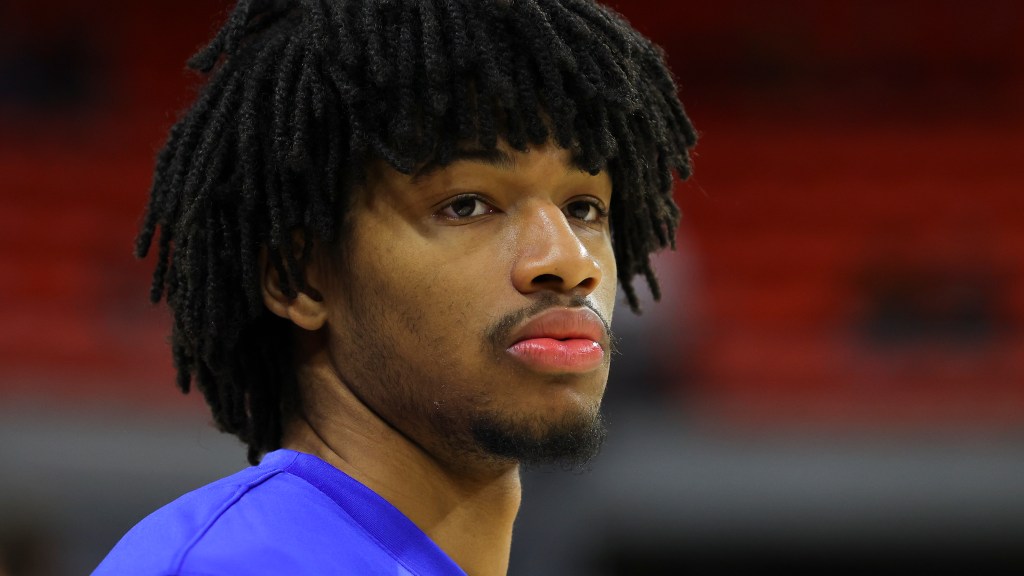 In a week, Shaedon Sharpe will be the latest player to hear his name called in the NBA draft without playing post-high-school basketball. Sharpe, a 19-year-old who is a year past his high school graduation date, is eligible for the draft despite originally enrolling to be a fifth-year senior at Dream City Christian (Glendale, Ariz.) before reclassifying and enrolling early at Kentucky, where he attended but did not play basketball this season.

According to ESPN’s Jonathan Givony, Sharpe’s camp wants the guard to be drafted to a team that can “take a long-term view in steering him to an advantageous development situation in which he can maximize his significant potential and become an All-Star.”

Givony said the Thunder are “at the top of their list.” OKC is receiving a visit from the guard and has “studied him more closely than any team in the NBA,” according to the ESPN reporter.

The Thunder won’t take him at No. 2, but they have the means to move up from their No. 12 pick to secure him if they think he can live up to his potential. Loaded with future draft picks and tradable contracts, general manager Sam Presti could fulfill the reported wishes of Sharpe’s camp.