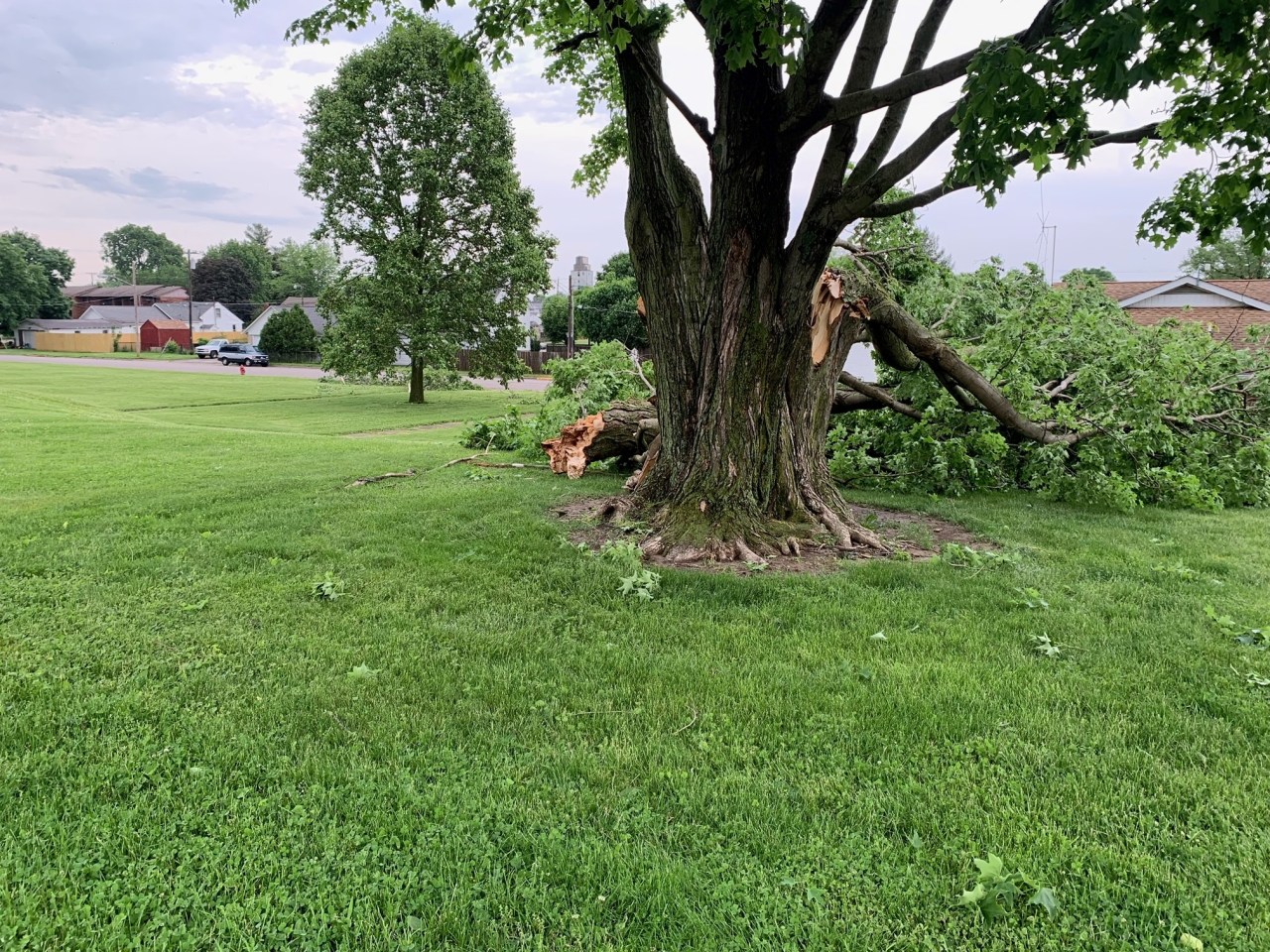 Counties that saw storm damage included Shelby, Johnson and Bartholomew. At the connecting border of these three counties is the city of Edinburgh, which experienced heavy damage. Multiple people in the city reported trees falling on cars and houses and roads were littered with debris.

The scoreboard on the football field of Edinburgh Community High School was knocked over.

Below is a photo of damage to a tree near Edinburgh in Mount Auburn.

A video below, recorded from Jo’s Bakery & Pizzeria in Trafalgar, shows some of these clouds.

Bartholomew County was also affected by Saturday’s storms, with the county Sheriff’s Office calling in extra deputies to help with the damage cleanup. According to county spokesperson Caitlyn Gross, the Taylorsville area trailer park was especially affected and several homes were damaged, shown below.

Shelby County was also hit hard by the storm, with multiple houses in the southern area of ​​the county experiencing falling tree branches. One house in the town of Waldron caught fire.

According to local law enforcement, no one was injured in the Waldron house fire.

Our reporting crews are still looking to track the full extent of the storm damage to these affected areas. This article will be updated as more information becomes available.