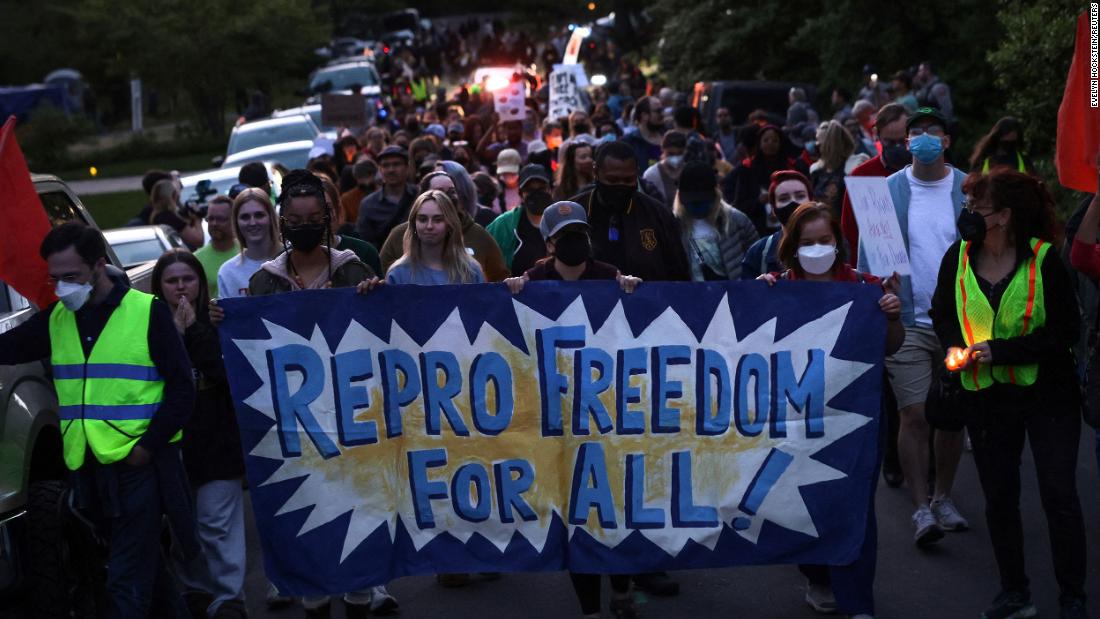 The Supreme Court Police Parity Act was approved by unanimous consent, meaning no senators objected to its quick passage. The legislation must also be passed by the House before going to President Joe Biden’s desk for his signature.

The push in Congress comes one week after Politico’s bombshell leaked draft of an opinion, which indicated the Court is poised to overturn Roe v. Wade as soon as next month.

“The events of the past week have intensified the focus on Supreme Court Justices’ families, who are unfortunately facing threats to their safety in today’s increasingly polarized political climate,” said Cornyn in a news release ahead of the bill’s passage Monday evening. “We must act to ensure Justices and their families are protected from those who wish to cause them harm by extending Supreme Court police security to family members.”

“If the families of Supreme Court Justices have the same profile and exposure as the highest ranking officials in our government, they deserve the same level of protection,” Coons added in the release. “We must take threats that come from extremes on both sides of the political spectrum against Supreme Court Justices seriously, and that makes this bill an unfortunate necessity.”

The US Marshals Service said in a statement Monday that they are helping to respond to “increased security concerns stemming from the unauthorized release of the draft opinion.”

While the USMS confirmed it was assisting the Marshal of the Supreme Court, it declined to comment on specific security measures.

On Monday night, ShutdownDC hosted a vigil outside the home of Supreme Court Justice Samuel Alito, who wrote the leaked draft opinion, and over the weekend, pro-abortion rights protesters gathered outside the private homes of Justice Brett Kavanaugh and Chief Justice John Roberts in Chevy Chase, Maryland, outside Washington, DC.
While protests around the country have been largely peaceful, law enforcement officials in the nation’s capital have braced for potential security risks. Last week, an 8-foot-tall, non-scalable fence was installed around parts of the Supreme Court building, and crews set up concrete Jersey barriers blocking the street in front of the court.

Senate Minority Leader Mitch McConnell slammed the protests outside some justices’ homes, saying they may be “flat-out illegal,” citing a federal law that criminalizes pickets with the intent of influencing a judge.

“Trying to scare federal judges into ruling a certain way is far outside the bounds of First Amendment speech or protest; it’s an attempt to replace the rule of law with the rule of mobs,” the Kentucky Republican said in remarks on the Senate floor on Monday.

This story and headline have been updated with additional developments Monday.

CNN’s Betsy Klein and Whitney Wild contributed to this report.