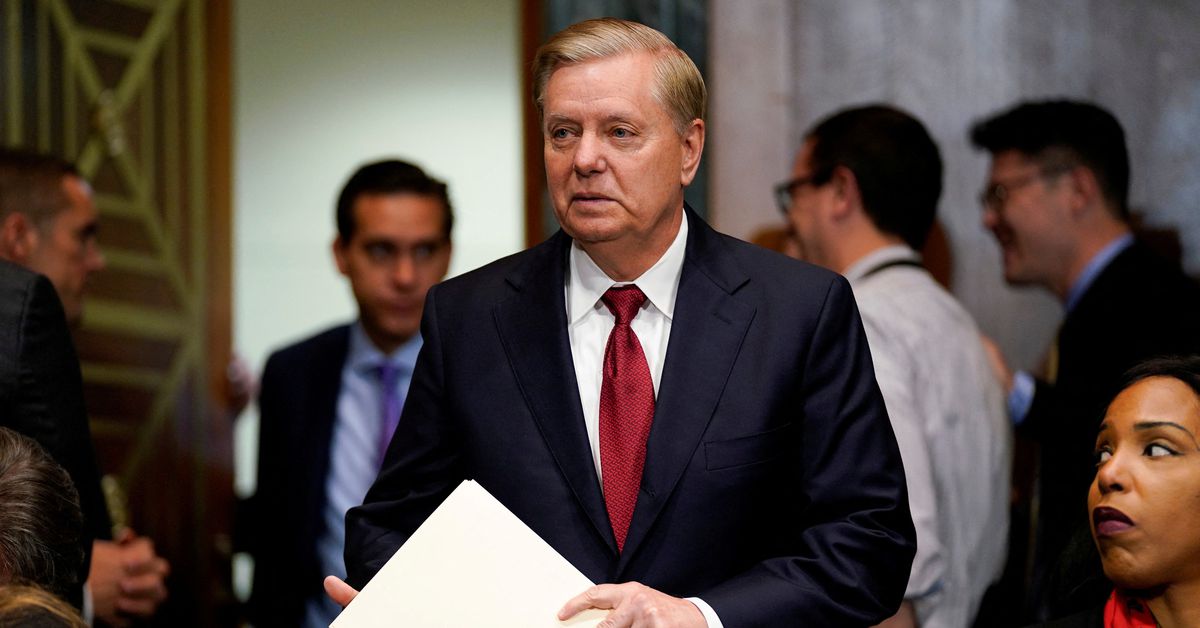 WASHINGTON, July 6 (Reuters) – Senator Lindsey Graham will not comply with a subpoena issued by a grand jury in Georgia investigating former US President Donald Trump’s alleged attempts to overturn the results of the 2020 election, attorneys for the lawmaker said on Wednesday.

“Senator Graham plans to go to court, challenge the subpoena, and expects to prevail,” attorneys Bart Daniel and Matt Austin said in a statement made on behalf of Graham.

They said Graham was “well within his rights to discuss with state officials the processes and procedures around administering elections.”

The grand jury was selected in May to consider evidence in a probe launched after Trump was recorded in a Jan. 2, 2021, phone call pressing Georgia’s secretary of state to overturn the state’s election results based on his claims of vote fraud.

Sen. Lindsay Graham (R-SC) arrives ahead of US Attorney General William Barr testifying before a Senate Judiciary Committee hearing entitled “The Justice Department’s Investigation of Russian Interference with the 2016 Presidential Election.” on Capitol Hill in Washington, US, May 1, 2019. REUTERS/Aaron P. Bernstein/File Photo

Trump has denied wrongdoing in the phone call.

Graham’s attorneys said in the statement that the senator was being called as “simply a witness” in what they called “a fishing expedition.”

“Any information from an interview or deposition with Senator Graham would immediately be shared with the January 6 Committee,” they said.

Fulton County District Attorney Fani Willis, who convened the grand jury probe, said in an interview on Wednesday more subpoenas for additional Trump associates should be expected and declined to rule out a subpoena for Trump himself.

Asked if that would also include Trump family members or former White House officials, she told MSNBC: “We’ll just have to see where the investigation leads us,” calling it a “very serious” matter.

“We’re going to do our due diligence in making sure that we look at all aspects of the case,” she said.