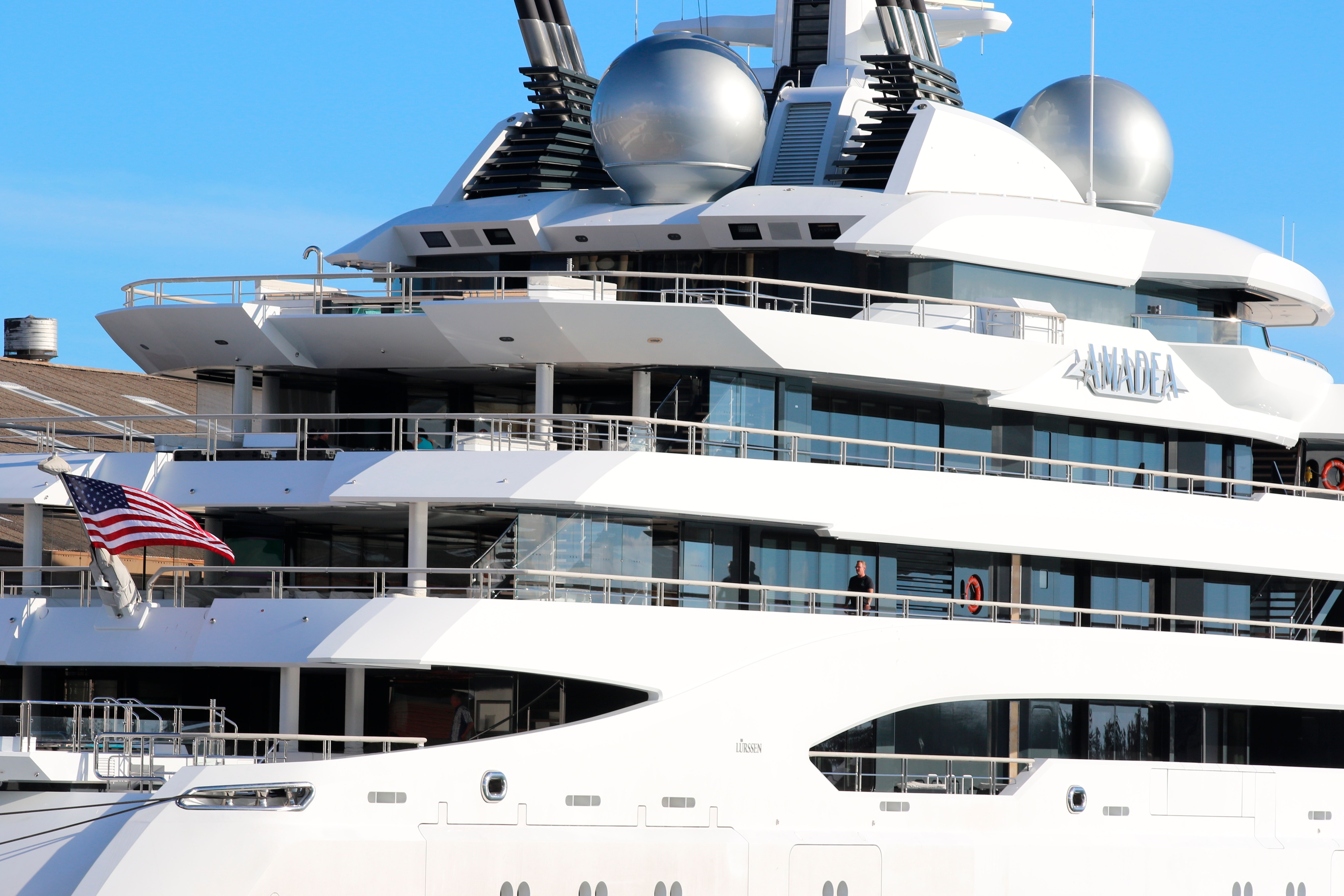 Check out what’s clicking on FoxBusiness.com.

The $325 million vessel was sailed to Honolulu Harbor after the US won a legal battle in Fiji allowing it to take control of the luxury boat.

The superyacht Amadea is moored in Honolulu on Thursday, June 16, 2022. The Russian-owned superyacht seized by the United States arrived in Honolulu Harbor flying a US flag after the US last week won a legal battle in Fiji to take the $325 millio ((AP Photo/Audrey McAvoy))

The yacht is about the length of a football field and features a live lobster tank, a hand-painted piano, a swimming pool and a large helipad.

The FBI said it was able to link the Amadea to Kerimov after a search warrant in Fiji turned up emails showing that his children were on the ship this year. The FBI says Kerimov bought the Cayman Island-flagged vessel last year through various shell companies.

A lawyer representing the company who appears as the owner of the Amadea on paper claimed a different wealthy Russian owns the boat who, unlike Kerimov, is not facing sanctions, according to the Associated Press.

The Russian-owned superyacht Amadea is pictured flying an American flag while it is moored in Honolulu on Thursday, June 16, 2022. ((AP Photo/Audrey McAvoy))

The US government has also obtained warrants to sixteen Boeing and Gulfstream jets owned by another Russian oligarch, Roman Abramovich.

Abramovich obtained the jets, a Boeing 786-8 Dreamliner jet and Gulfstream G650ER, by flaunting US sanctions. The pair of US-made planes flew to Russia without an export license.

Abramovich is linked to the jets through a complicated series of shell companies in the US and across the globe.

The superyacht Amadea is docked in Honolulu. ((AP Photo/Audrey McAvoy))

The Boeing, which remains in Dubai, is estimated to be worth an estimated $350 million after customizations, while the Gulfstream, which is in Moscow, is worth roughly $60 million.

Fox News’ Anders Hagstrom and The Associated Press contributed to this report.