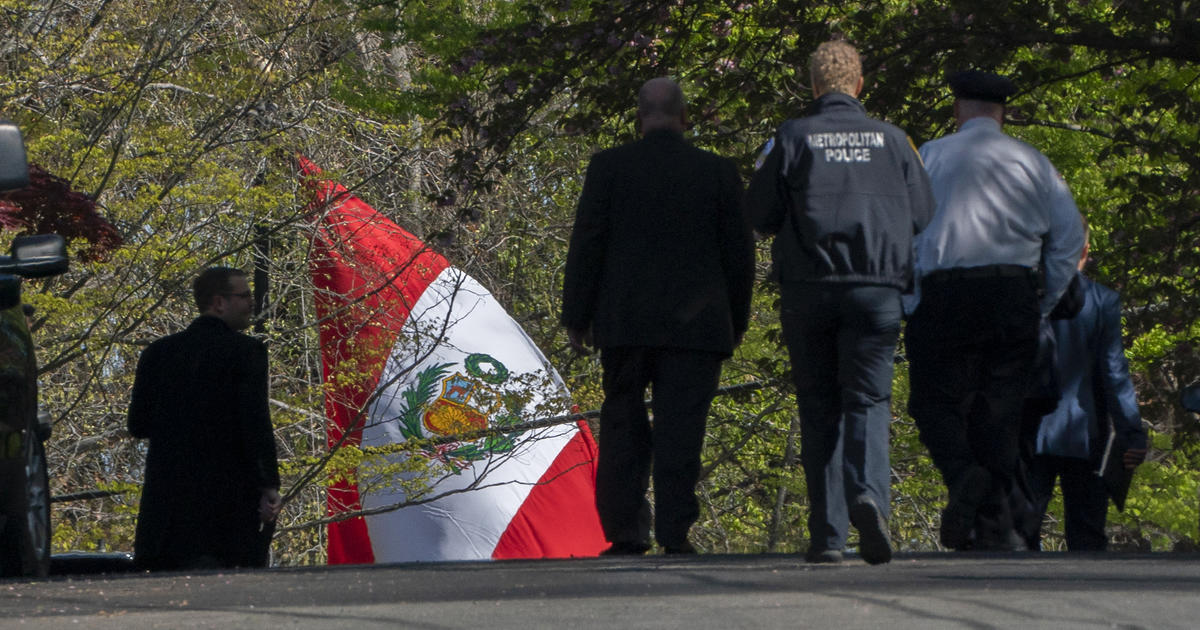 A man was fatally shot by officers from the Secret Service after breaking windows of the Peruvian ambassador’s residence in Washington, DC, police said Wednesday. Though many details surrounding the shooting remain unclear, officials said it appears to be an isolated incident.

The shooting occurred just before 8 am after family members inside the residence heard windows being smashed and called police to report a burglary, Metropolitan Police Chief Robert Contee told reporters.

When US Secret Service officers arrived on the scene, they found someone who had smashed several windows in the rear yard of the property, Contee said.

Contee said the suspect was armed with a “metal stake” and at one point approached officers, but did not elaborate. Police tried to stop the suspect with Tasers, but the Tasers did not appear to affect him, Contee said. Two officers opened fire, and the suspect was pronounced dead at the scene.

The ambassador and his wife were inside the home at the time of the shooting but were not hurt, Contee said.

The Peruvian embassy said in a statement that “in the early hours of the morning, a person entered the Official Residence without authorization, causing material damage to the property.”

“The Ambassador, his family, the staff of the Residence and the secret service agents are safe, and the incident is being investigated,” the embassy said.

Contee described the suspect as an adult male in his late 20s or 30s. He said the suspect was not known to law enforcement, adding that it’s not yet clear why he attacked the residence or if he knew of the building’s importance.

“We don’t see these types of incidents out here,” Contee said. “This is totally out of the ordinary.”

Jake Rosen contributed to this report.

Victoria Albert is a Sr. News Editor at CBS News. Reach her at victoria.albert@viacomcbs.com