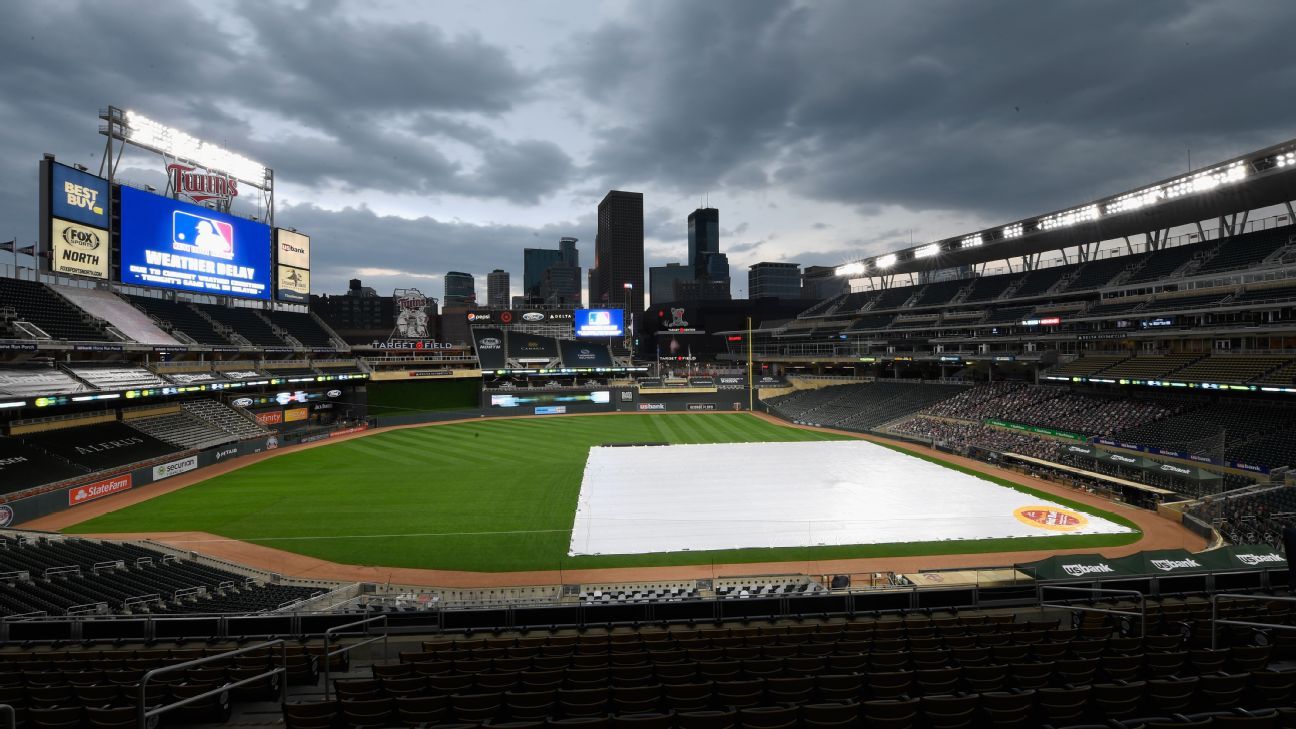 The Opening Day game between the Seattle Mariners and Minnesota Twins has been postponed because of inclement weather in the forecast Thursday in Minneapolis.

The game has been rescheduled to Friday at 4:10 pm ET. The forecast Thursday calls for a rain-snow mix and cold conditions.

Reigning American League Cy Young Award winner Robbie Ray will make his debut for the Mariners, and rookie Joe Ryan will start for the Twins.

The 25-year-old Ryan, acquired last July in the trade that sent Nelson Cruz to the Rays, will be the first rookie to start for the Twins on Opening Day since Tom Hall in 1969. The right-hander was a member of the US team that won a silver medal at last summer’s Olympics.

The game also will mark the debuts of several other high-profile players with new teams.

Thursday’s opener between the Red Sox and Yankees was also postponed because of inclement weather in New York.

Seven games remained on Thursday’s schedule: Milwaukee at the Cubs, the Mets at Washington, Cleveland at Kansas City, Pittsburgh at St. Louis, Cincinnati at World Series champion Atlanta, Houston at the Angels and San Diego at Arizona.