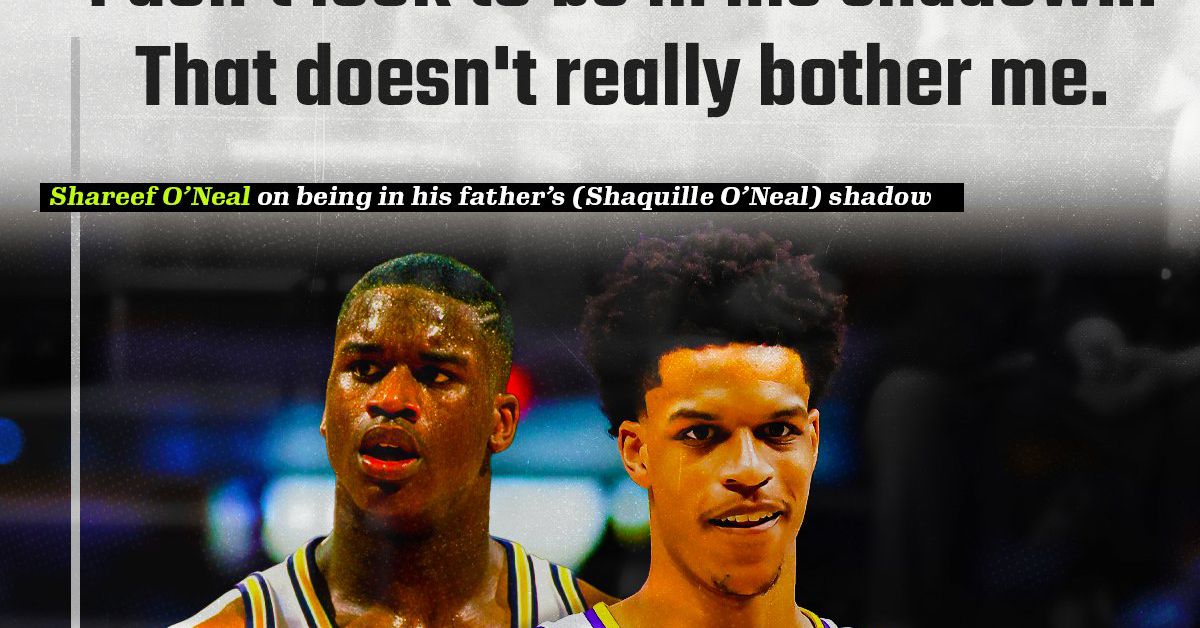 Instead of targeting old guys, the Lakers look to be targeting sons of old guys. In the moments after the conclusion of the 2022 NBA Draft, the Lakers reportedly agreed to a two-way deal with Scotty Pippen Jr., son of Scottie, and a Summer League deal with Shareef O’Neal, son of Shaq, according to Shams Charania of The Athletic.

Shareef O’Neal has agreed to play in the NBA Summer League with the Los Angeles Lakers, sources tell @TheAthletic @Stadium. Another O’Neal big man in a Lakers uniform.

Both players worked out for the Lakers during the predraft process. Shareef was the most recent of the two to have a workout, as his came in the days leading up to the draft. After his workout, Shareef expressed his excitement for getting a chance to return home and work out for a franchise he grew up watching his father win titles for.

“I walked in today and I was kind of starstruck,” he said. “Like, I was really born into this team. My dad and Kobe won championships when I was born and now it’s me putting on the Lakers gear. It was crazy. I was speechless, kind of.”

“It’s such a blessing for a team I grew up watching. My dad won championships with this team and now that I have on Lakers stuff, it’s amazing. It’s a dream come true.”

In that same meeting with the media, Shareef did mention that he and his father disagreed about his decision to enter the draft, leading to Shaq not providing much in the way of the advice or guidance to Shareef during the weeks and months leading up to the draft.

“Me and him have kind of bumped heads about this process,” Shareef said. “He wanted me to stay in school. I wanted to better myself and go through this. He knows I’m working out for teams but I’m not going to lie, we haven’t talked about this. I’m kind of just going through it. He didn’t do any predraft workouts. He just got straight on a team. It’s a different grind. But he didn’t want me to do this. I know he probably he doesn’t want me saying this but it’s alright, we’re both grown. We’ll get past it.”

Hopefully for the two parties, signing with the Lakers will serve as a bridge to mend the fences and bring Shaq back into the picture.

Neither player was considered a top-60 prospect leading up to the draft which is likely why they quickly had deals done at the conclusion of the draft.

This pair will join Lakers draftee Max Christie, who the team took with the No. 35 pick on Thursday, on the Summer League team, the first three players so far who look like locks to be on the roster.

For more Lakers talk, subscribe to the Silver Screen and Roll podcast feed on itunes, Spotify, stitcher gold Google Podcasts. You can follow Jacob on Twitter at @JacobRude.