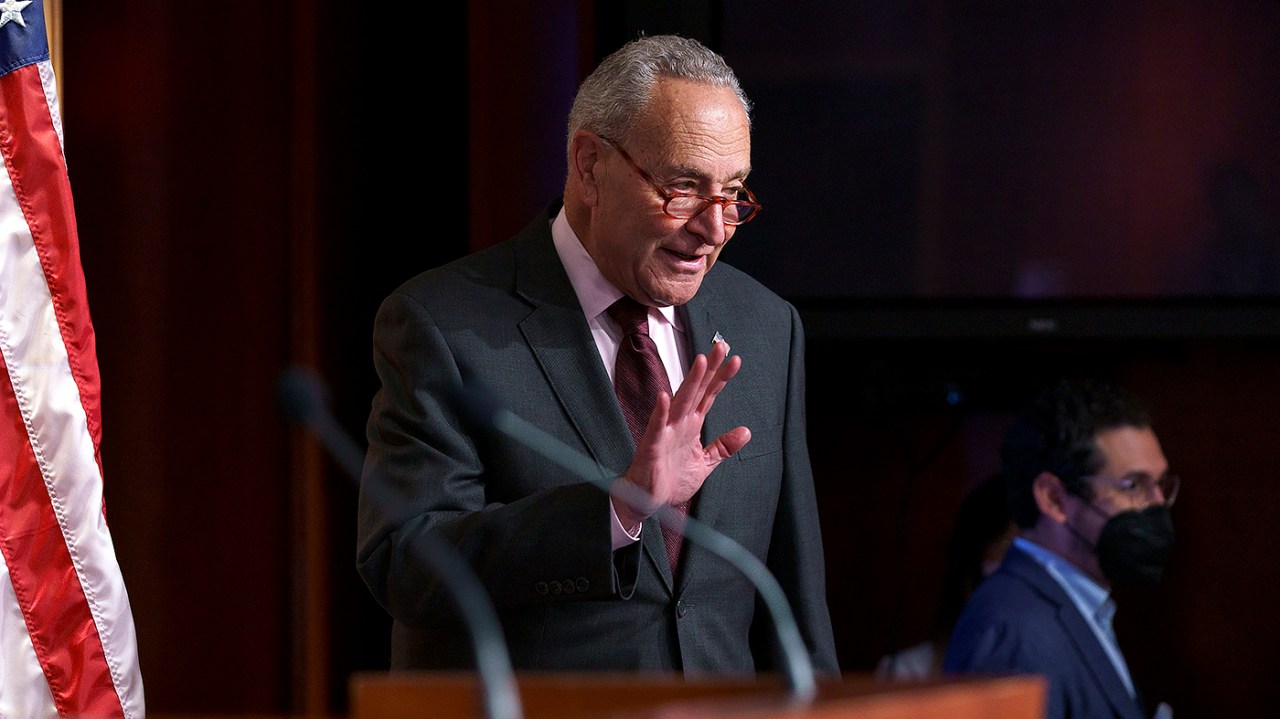 Senate Majority Leader Charles Schumer (DN.Y.) says he had no choice but to remove a provision closing the so-called carried interest tax loophole for money managers from his climate and tax reform bill because Sen. Kyrsten Sinema (D-Ariz.) threatened to block the legislation otherwise.

Dropping the carried interest tax provision from the Inflation Reduction Act cost $14 billion in projected revenue, but Schumer made up for it by adding an excise tax on stock buybacks that will generate $74 billion in revenue.

Schumer told reporters that he pushed hard to close the carried interest tax loophole, which allows asset managers to pay a lower effective income tax rate than many middle-income Americans, but Sinema told him she wouldn’t vote to begin debate unless he dropped the provision.

The Wall Street Journal reported that Sinema told donors at a campaign fundraiser Wednesday night that it would be bad policy to hit the private equity industry with an increase in carried interest taxes at a time when the industry will be needed to finance infrastructure projects and semiconductor manufacturing .

Other Democrats, including Sen. Joe Manchin (W.Va.), however, point out that ending the carried interest loophole would affect asset managers who advise on investments, not the investors who put their own money up finance a project or business. Under the loophole, money managers pay a 20 percent capital gains rate and a 3.8 percent net investment income tax on the income they earn from advising on a profitable investment.

Schumer also noted that he reshaped the 15 percent corporate minimum tax to address Sinema’s concern that it would hit manufacturing companies.

The Democratic leader said he agreed to take out “two pieces” of the corporate minimum tax provision, lowering the amount of revenue it will raise from $313 billion to $258 billion over the next decade.

But he said that revenue loss will be made up for as well by applying the 1 percent excise tax on stock buybacks.

“What we added is something that excites me and I think excites all Democrats and particularly progressives. We’re adding in an excise tax on stock buybacks that will bring in $74 billion,” Schumer said.

“I hate stock buybacks. I think they’re one of the most self-serving things that corporate America does,” he said. “They don’t do a thing to make their company better and they artificially raise the stock price just by just reducing the number of shares. They’re despicable,” he added.

Asked when the effective date for the excise tax would be, Schumer said he would provide more information at a later time.

Sinema touted the removal of the carried interest provision in a statement Thursday evening.

Schumer said Democrats will try to pass the bill “as quickly as we can” but pointed out there are various tactics Republicans can use to slow the bill.

But he predicted the bill would have the support of all 50 Democrats to pass sometime in the next few days.

“I’m pleased we have reached an agreement on the Inflation Reduction Act that I believe will receive the support of the entire Senate Democratic conference,” he said.