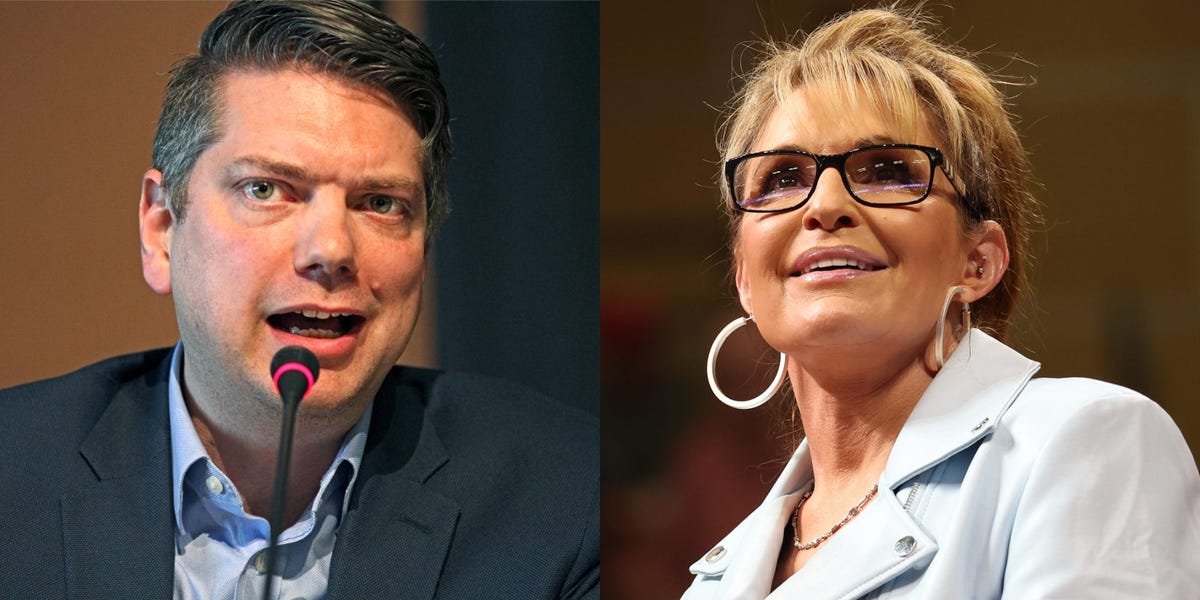 Sarah Palin’s former in-laws threw a massive pre-Election Night party honoring the former governor’s top Republican challenger for Alaska’s only seat in the US House of Representatives — and now they’ll face off in November’s midterm elections.

Must Read Alaska reported that Jim and Faye Palin, the parents of Palin’s ex-husband Todd Palin, hosted over 100 people at their home in a party to support Republican Nick Begich III on Monday night.

Begich is currently facing Palin in two races: a special election to fill late Rep. Don Young’s seat until his term ends early next year, and a second race to permanently fill the vacant seat for the next term.

According to Must Read Alaska, Jim and Faye Palin are former senior managers at the companies MTA and MEA, and Begich served on MTA’s board for five years.

Jim Palin publicly endorsed Begich in April. In a Facebook post shared by Begich’s campaign, Jim Palin said Begich is “hardworking, committed, and has the insight and ability to effectively stand up for Alaska.”

Must Read Alaska reported that the Monday night party was held in Jim and Faye Palin’s backyard, where Begich delivered his final campaign speech, saying he was glad to start and end his campaign in Wasilla, Alaska.

In his final speech, Begich spoke about the need for developed resources — including timber, oil, gas, and tourism — in the state, Must Read Alaska reported.

Meanwhile, Must Read Alaska reported that Begich’s uncle, former US Senator from Alaska Mark Begich, is supporting Democrat Mary Peltola in the congressional race and is running a fundraiser for her.

The special election between Palin, Begich, and Peltola remains too close to call as of Wednesday morning, and it has yet to be determined who will fill Young’s spot in Congress until his term is up in January.

As for Tuesday’s primary, Palin, Begich, and Peltola will all advance to November’s general election — which will be decided by ranked-choice voting — in which voters will choose who they want to represent them for the next Congressional term.

A spokesperson for Palin’s campaign did not immediately respond to Insider’s request for comment.