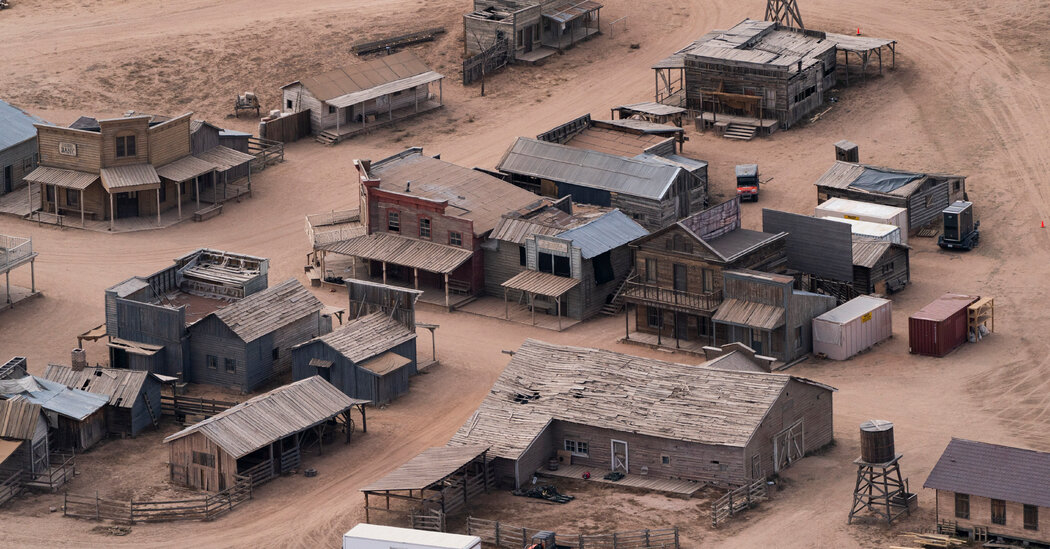 Ms. Hutchins, 42, was shot and killed on set in New Mexico on Oct. 21 during the rehearsal for a scene that required the actor Alec Baldwin to draw a replica old-fashioned revolver from a shoulder holster. The gun went off, discharging a bullet that killed Ms. Hutchins and injured Joel Souza, the film’s director.

The producers, including Mr. Baldwin, have been named in several lawsuits seeking damages. But their lawyers have denied they were behaving recklessly and Mr. Baldwin has said that he was not responsible for Ms. Hutchins’s death, since he had been assured that the gun did not contain any live ammunition and because he was not responsible for checking the ammunition or for firearm safety on the set. A lawyer for Mr. Baldwin, Luke Nikas, said, “Mr. Baldwin had no authority over the matters that were the subject of the Bureau’s findings of violations, and we are pleased that the New Mexico authorities have clarified these critical issues.”

The sheriff’s office in Santa Fe has been investigating the circumstances surrounding the fatal shooting, but no findings have been made public, and it still remains unclear why live bullets were on the film set and how one of them got into the gun that Mr. Baldwin was handling. Juan Rios, a spokesman for the Santa Fe County Sheriff’s Office, said investigators were waiting for the results of the FBI firearm and ballistic tests. “Once all investigative materials are collected the sheriff’s investigation will be forwarded to the Santa Fe district attorney’s office for review,” he said.

In February, Ms. Hutchins’s family filed a wrongful-death lawsuit in New Mexico against crew members and producers, including Mr. Baldwin, accusing the defendants of reckless conduct and cost-cutting measures that endangered the crew, including failing to follow basic industry standard safety checks and gun safety rules. In a statement, Brian Panish, a lawyer for the family, said the New Mexico report had “shed some light on the workplace safety issues that plagued ‘Rust’ and led to the tragic and fatal events” of last October.

In the report, the bureau said that the production company had not followed national guidelines on firearms safety, despite a commitment to do so. Those guidelines, it said, required that live ammunition never be brought on set; that safety meetings take place daily when firearms are being used; and that a firearm should never be pointed at anyone except after consultation with safety officials. “By failing to follow these practices, an avoidable loss of life occurred,” the investigation concluded.