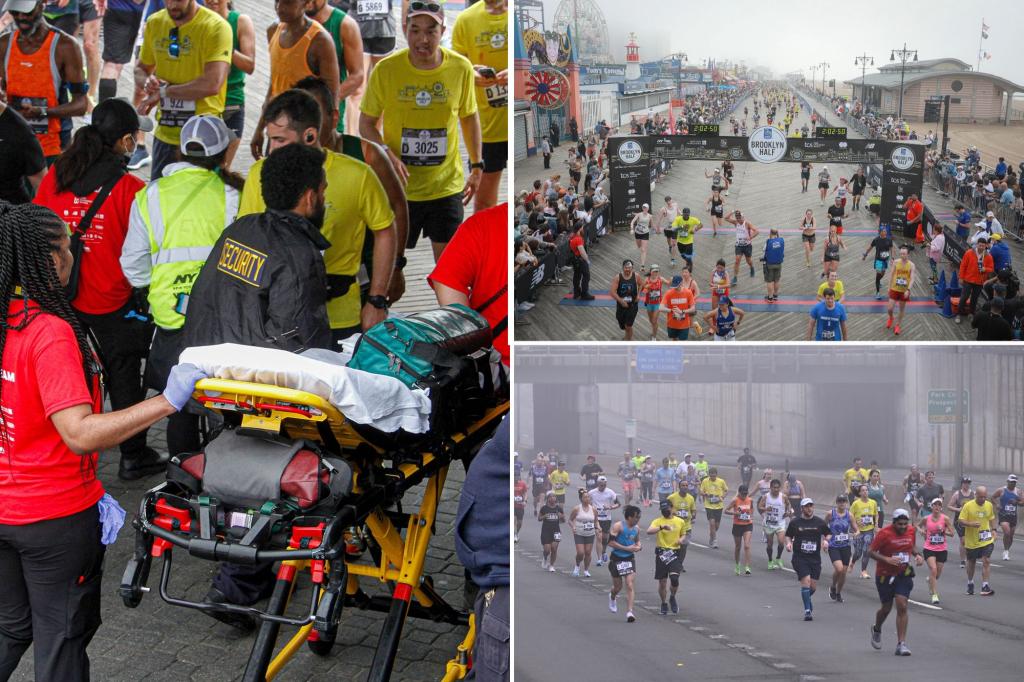 The Brooklyn Half Marathon runner who died Saturday while finishing the race amid sweltering heat has been identified as Flatbush resident David Reichman.

Reichman, who was 32, collapsed on the boardwalk at Ocean Parkway at Brighton Beach Avenue near the finish line after suffering from possible cardiac arrest, according to event organization New York Road Runners club and the NYPD.

Reichman was rushed to Coney Island hospital, where he was pronounced dead, according to the NYPD. The medical examiner will determine the cause of death.

The 22,000-runner race—from the Brooklyn Museum through Prospect Park to the Coney Island boardwalk—was held on an unseasonably hot and humid day. The temperature at 9 am at Coney Island was already 70 degrees with 83% humidity, according to Fox Weather.

The event was held in person for the first time since the pandemic started. Saturday’s death marked the first fatality in the race since 2014, when a 31-year-old runner fell to the ground after crossing the finish line.

The FDNY said 16 race participants were taken to the hospital after the race, including the man who died and four others who suffered serious injuries.

One police officer told The Post Saturday that four other people collapsed near the end of the race.

“Maybe an organizer or health official should have called it” because of the conditions, the cop said.

In a statement released Saturday, New York Road Runners said it had “medical staff placed from start to finish throughout the race course, who are ready to respond immediately to the medical needs of all runners, spectators, volunteers and staff.”

“The health and safety of our runners, volunteers, partners, and staff remain the top priority for NYRR,” the group said. “In coordination and consultation with the city agency partners and weather experts, NYRR was closely monitoring weather conditions leading up to and during the race.”