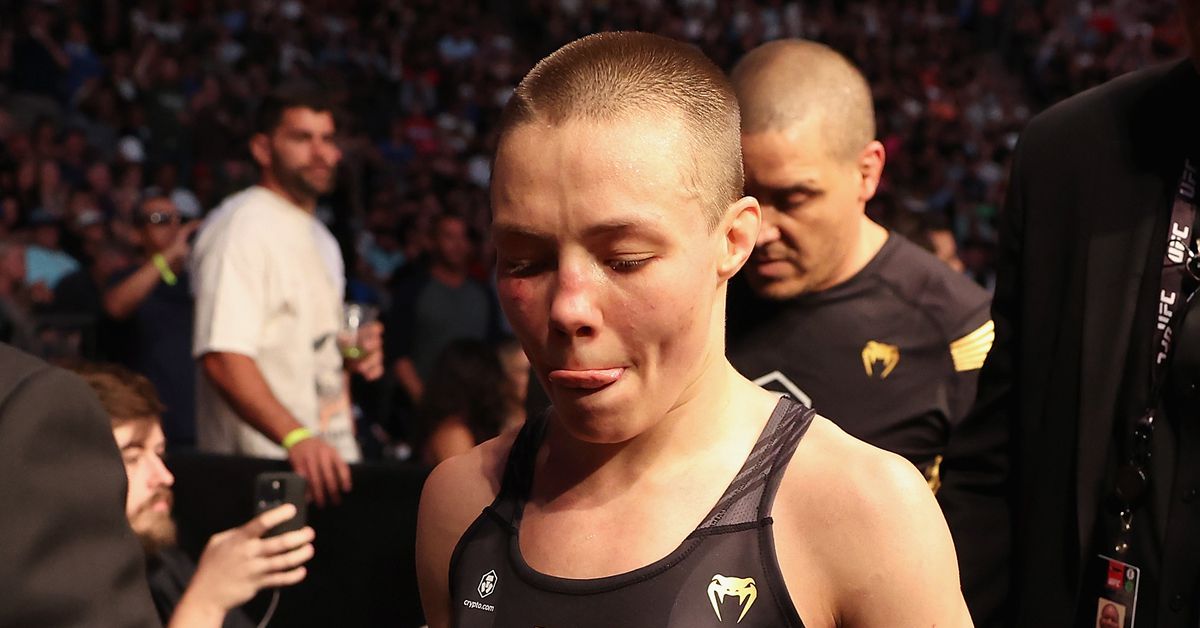 The fight was an absolute stinker, with barely any action or scoreable offense from either women. In the end the judges were forced to throw 10-9 scores at rounds that had no damage and very little effective striking or grappling. The result was 49–46 and 48–47 scorecards for Esparza, while Namajunas earned one 47–48 score (watch the ‘highlights here).

“I won that fight. I stuck to the strategy,” a calm but confused Namajunas said. “I felt like as if I landed more shots. I even took her down. None of her takedowns were significant or (had) any control time. She hit me with, I’d say, one good punch. And then, maybe another time, her forearm clashed into my nose at some point.”

“Other than that, maybe a couple of low kicks but I didn’t feel them or anything. I felt like I did the damage, I controlled the fight, and I’m proud of myself because I stuck to my strategy, cuz I know that in all of Carla’s fights, she just baits people in, and she tries to get people to attack her.”

“I’ve been in slugfests before,” she continued. “I’ve gotten my nose broken, I’ve stood there and shed blood in the Octagon, so it’s, like, I stuck to the strategy. She didn’t really have any offense, she was whiffing at air the whole time. So, I thought I won. I’m really still trying to process this because I’m not trying to be salty or anything. I feel like there’s something to be learned from each loss.”

“I felt like I could have … there were moments when I wanted to capitalize a little bit more, be a little more offensive in moments. But then, every time I would step, my foot would slip. So I had to be a little safer.”

“That’s the decision I made in the moment, but I am an exciting fighter, I’m a finisher, I’ve got one of the highest finishing rate. So I don’t think that I was getting the boos, I’m pretty sure that was Carla … Obviously I want to have exciting fights, so that kind of stings a little bit too. So I dunno.”

Asked about Esparza earning a 49–46 score, “Thug Rose” said she had no idea how a judge could see that.

“I don’t know what you could count,” Namajunas said. “The low kicks? They weren’t even hurting me, they didn’t do anything. The takedown, maybe? Maybe all of her attempts? But I stuffed all of those. I don’t know how many times she tried to grab me but really, I don’t get no credit for good defense?”

“Maybe the judges wanted to see a slugfest. Like in previous fights so maybe they weren’t appreciative of good strategy and stuff like that. I’m always in exciting fights. I can’t have a strategic fight? I gotta f**k up this face? No. F**k that.”

‘Strategic’ is one thing, but a complete lack of offense is what clearly lost Namajunas the fight. With an almost complete absence of effective striking, grappling, and aggressiveness, just a few extra leg kicks could make the difference. There were only 67 significant strikes landed by both women over the course of their 25 minute fight. If that’s strategy, it’s a bad strategy. And Rose Namajunas paid for it with her title.