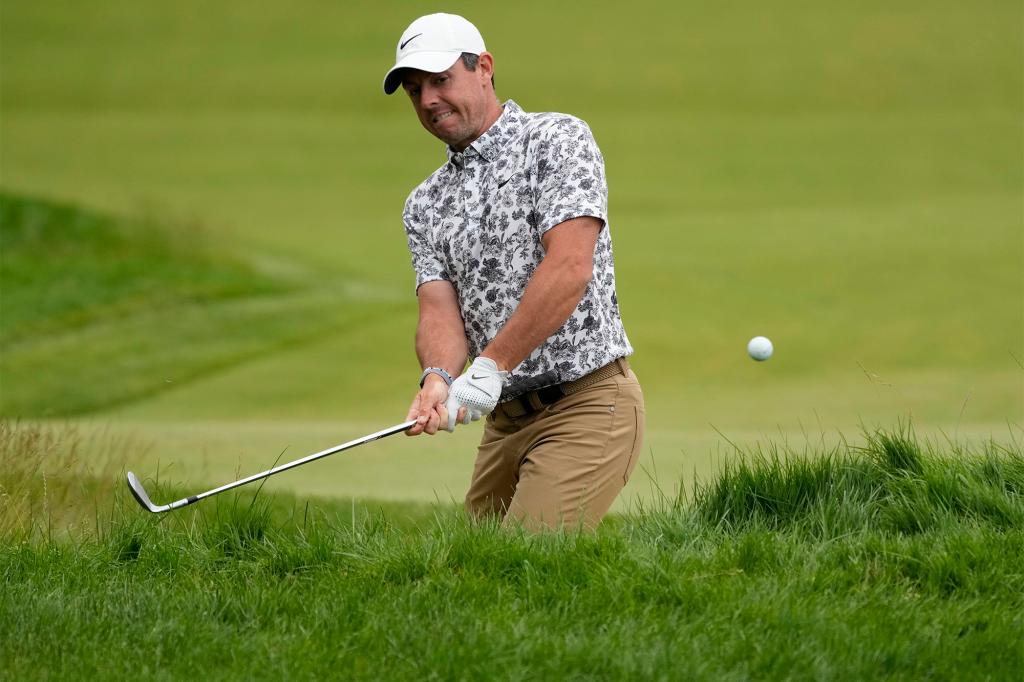 Rory McIlroy was the center of attention during the first round of the US Open on Thursday for a multitude of reasons.

His eye-popping new shirt was the talk of Twitter, and he was racing toward the top of the leaderboard. But things briefly went sour for McIlroy after his tee shot on the drivable par-4 fifth hole at The Country Club in Brookline, Mass., landed in a patch of thick fescue on the face of a bunker. The 33-year-old four-time major champ attempted to chop his next shot onto the green, but the ball only traveled a few yards and into the bunker in front of him.

The Northern Irishman made no effort to hide his frustration, twice slamming his club into the sand in disgust while still standing in the bunker.

But whatever anger the 2011 US Open champ did seem to subsidize quickly. He regained his composition, knocked his next shot onto the green and drained a 12-footer to save par.

Two holes later, McIlroy made birdie to grab a share of the early lead before following with another at the par-5 eighth to move in front by himself. He finished the first round with a 3-under 67 and was tied for the lead at the time.