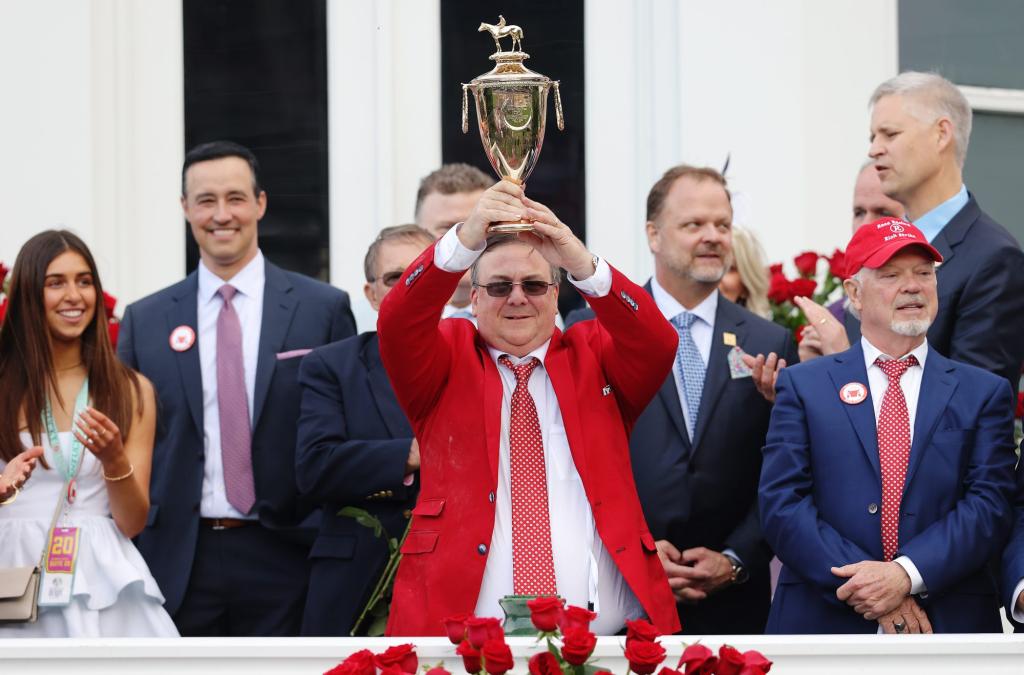 Eric Reed nearly lost everything six years before the horse he trains pulled off one of the biggest upsets in Kentucky Derby history Saturday at Churchill Downs.

Reed, the trainer of 80-1 longshot winner Rich Strike, admitted that he nearly walked away from horse racing after 23 horses were killed by a fire at his Mercury Equine Center in Lexington in 2016. Only 13 horses survived the fire, which reportedly was caused by lightning.

“When we drove up on that that night, I told my wife, I said, ‘We’ve probably lost everything,’” Reed said, according to the Louisville Courier-Journal. “By the grace of God, the wind was blowing in a direction that kept it from getting to the other two barns.

“The next morning when we saw the devastation, because this happened in the middle of the night, I just thought of all the years and all the stuff we had done to get this beautiful farm and have this happen, that something might be telling me it’s the end of the line.”

Rich Strike originally was listed as an alternate, but he was added to the 20-horse field Friday morning when Ethereal Road was scratched by trainer D. Wayne Lukas.

In Reed’s first Derby training appearance, jockey Sonny Leon guided Rich Strike from the back of the pack approaching the final turn past favorite Epicenter along the rail down the stretch for the second-biggest upset in the 148-year history of the first leg of the Triple Crown.

“We don’t go out and buy the big horses,” Reed said. “We just try to have a good, stable quality. We always perform well, our percentages are always good. We take care of the horse first, and the rest falls into place.”

Reed also noted his appreciation for several prominent trainers who supported him after the paddock fire six years earlier.

“I think that kept me going,” Reed said. “Then I just decided I wasn’t going to let it take me out. Thank God, we’re here today.”