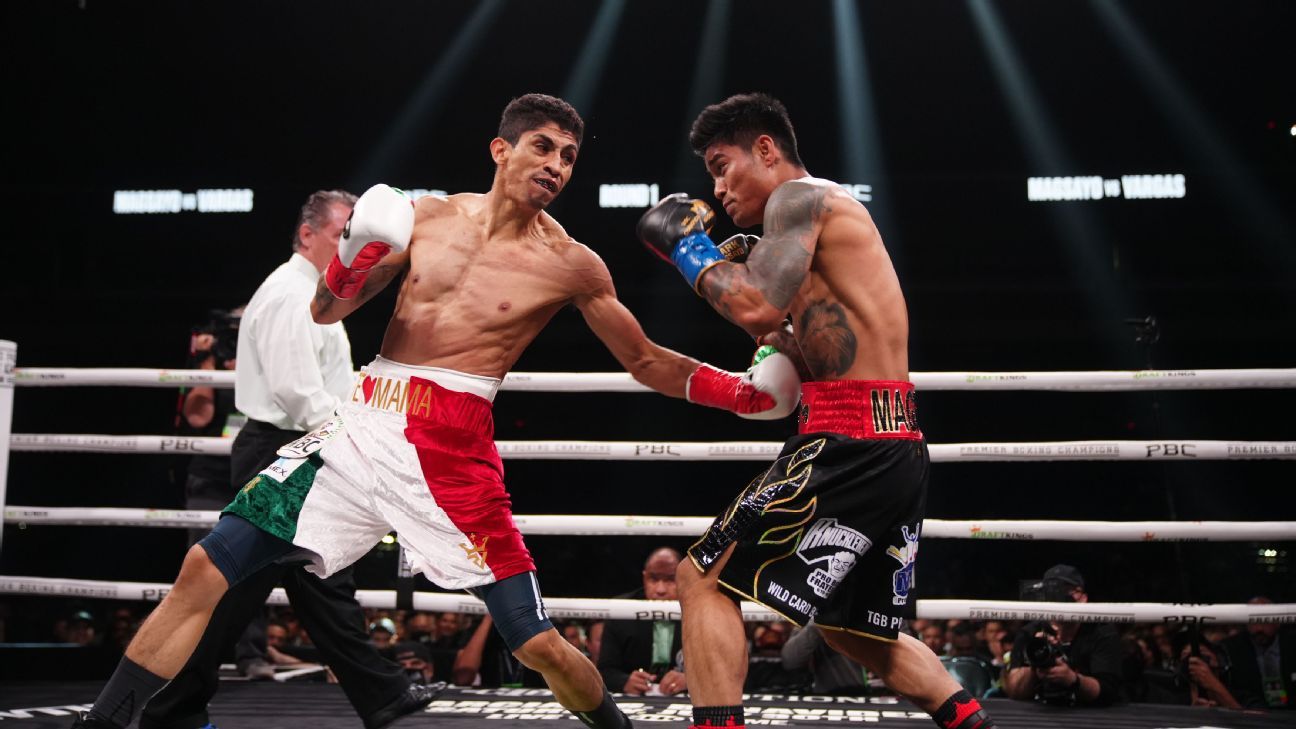 Rey Vargas is a champion again and still undefeated.

“I have no words to describe what happened here tonight,” Vargas said through an interpreter. “This is my second title. This one’s going back to Mexico.”

After a vicious start at the Alamodome in which both men unleashed power punches and connected with a high percentage, the 5-foot-10 Vargas (36-0, 22 KOs) took control of the bout by utilizing his longer reach to maintain distance and pepper Magsayo with jabs and left hooks whenever the Filipino fighter advanced.

Magsayo (24-1, 16 KOs) missed widely at times but did reach his target with big punches on several occasions throughout the 12 rounds, especially late in the ninth, when he dropped Vargas with a counter right hand. The 31-year-old Mexican appeared to be on rubbery legs for the rest of that round and much of the 10th, but after that his jab and footwork kept him at a distance from Magsayo, who failed to aggressively capitalize on having his opponent hurt .

“I worked hard for this,” Vargas said. “I want to thank God, my family, [trainer] Nacho [Ignacio Beristain]. The first title I won, I enjoyed it greatly but this one is special. This win is for me.”

Vargas had surrendered his 122-pound belt in 2020 — not inside a ring but because of his inactivity. Now a champion one division up, he wants to get right back into the ring, saying after the fight that he wants a title unification bout, preferably against WBA champ Leo Santa Cruz.

Magsayo entered the fight with a lofty ambition in boxing. The 27-year-old from the Philippines is a protege of his legendary countryman, Manny Pacquiao, and he’s been hyped up as the next “Pacman.” Magsayo became champ in January by ending the seven-year reign of Gary Russell Jr.

“I will rest and watch the fight and I’m going to train to fight again and will correct my mistakes for the next time,” Magsayo said after the fight.

In the co-main event, former WBC super bantamweight champion Brandon Figueroa put himself in the conversation for a challenge of Vargas by scoring a sixth-round TKO of Carlos Castro in a featherweight title eliminator.