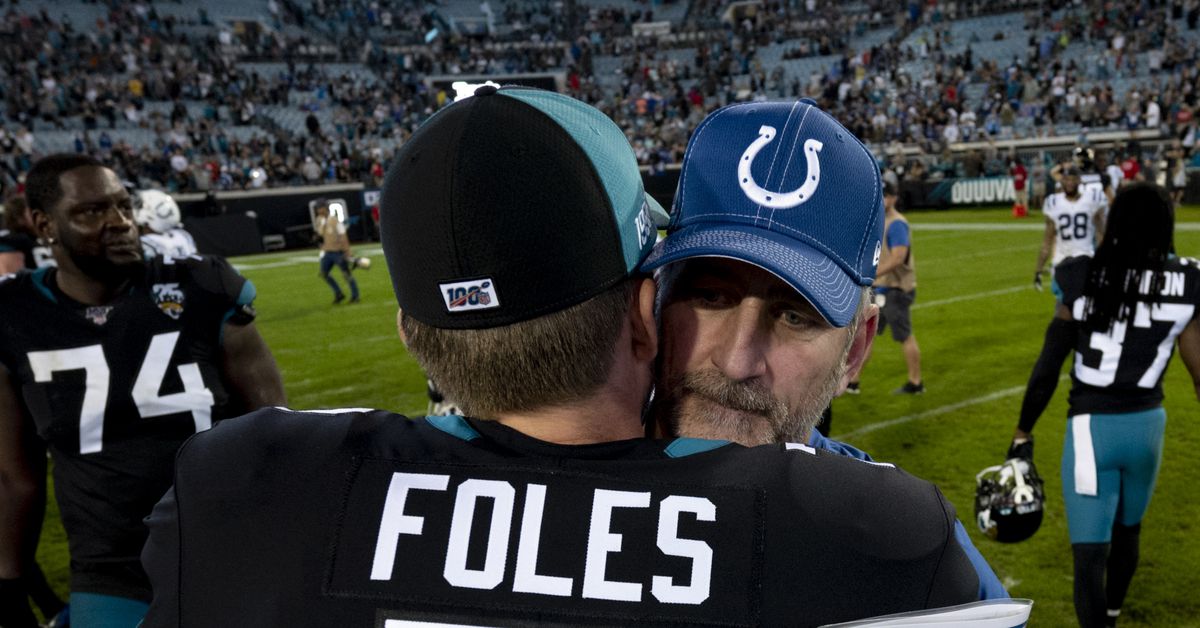 In Philadelphia, outside of Lincoln Financial Field stands a statue immortalizing a moment that led to the Eagles first and only Super Bowl win.

According to multiple reports, one of the people cast in bronze above will be coming to the Indianapolis Colts as a backup.

Colts are working to add veteran QB Nick Foles, sources said. Nothing done yet, but there’s a chance it comes by next week. Make a ton of sense on both sides. He’d backup new starter Matt Ryan.

ace @zkeefer reported, Colts have had discussions with Nick Foles about becoming the team’s primary backup to Matt Ryan

Tea #Colts and QB Nick Foles are working on a deal, as @zkeefer said. The sides will continue to talk and the expectation is it’ll get done early next week. Foles and Frank Reich headed toward a meeting.

There will be Colts fans who don’t like how things have played out but this is what “all in” looks like for a Chris Ballard led football team. The Colts brought in the best pass rusher they’ve had in years, the best quarterback they’ve had since Andrew Luck retired and are betting on a former defensive player of the year at cornerback, they filled all of the holes they had in the draft and now they are looking to add a legitimate backup at the games most important position. They clearly believe the time for them to contend, is now.

What this means for Sam Ehlinger is anyone’s guess. They believed in Ehlinger enough to make him the team’s primary backup a season ago, a move that in hindsight, seems like they were prepared to lose a lot of games if Carson Wentz missed a big chunk of the season. Everything indicates that the team likes Ehlinger and what he brings so we’ll see if they carry three quarterbacks into the regular season.

The details of the contract will be interesting to some people, I just don’t care, pay him vet minimum, pay him $20 million with 15 void years- win a Super Bowl and all of a sudden nobody will care. Weird how that happens. So if you’re one of those people who are really interested in such things, I’m sure whoever writes the article when Foles actually signs will do a better job telling you why and how the dollar amount matters (even though it doesn’t). Until then have at it in the comments section!