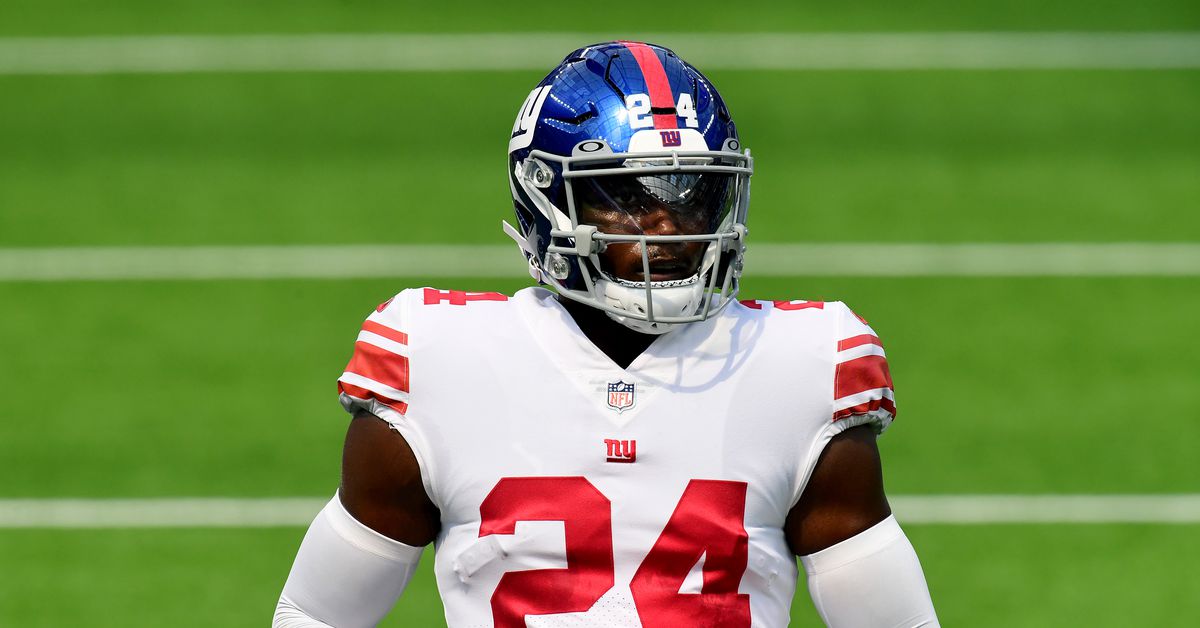 According to KOAColorado’s Benjamin Allbrighttea Indianapolis Colts are among the teams that have shown interest in recently released former Pro Bowl cornerback James Bradberry:

They are one of the interested teams. I heard the colts chiefs texans and raiders were among some of the others. https://t.co/S9TPlsHdg0

There was an earlier report that connected Bradberrythen with the New York Giants, to the Colts—but there was a chance that ship had safely sailed with Indianapolis’ signing of high-profile veteran cornerback Stephen Gilmore just a few weeks later.

Originally a 2016 second round pick of the Carolina Panthers, the 28 year old cornerback is coming off a campaign for the Giants in which he recorded 47 tackles (37 solo), 4 interceptions, 17 passes defended, and 2 fumble recoveries during 17 games ( 16 starts) this past season.

Per PFF (subscription), Bradberry was their 58th best graded cornerback last season with a +62.8 grade overall. Specifically, in coverage, he was targeted 92 times for 60 receptions (65.2% completion rate), 729 receiving yards (12.2 ypr. avg.), 8 touchdown receptions, 4 interceptions, and an opposing passer rating of 100.3.

He’s just a year removed from being a Pro Bowler for the Giants in 2020, and his arm length is in the 96th NFL percentile—which should definitely perk the Colts’ top brass’s ears, as something they typically covet from their corners. Not to mention, he has 15 career interceptions, indicating some solid balls skills and the ability to generate turnovers.

With a $13.5M cap hit for any acquiring team, the Giants could not find a realistic trade suitor for Bradberry this offseason, as other teams were willing to simply wait New York out to release the veteran cornerback and then try to sign him as a free agent for much cheaper.

The Colts obviously don’t have as glaring of a need at starting cornerback with Gilmore’s splash addition as they once did this offseason.

That being said, in the season finale of ‘With the Next Pick’, colts general manager Chris Ballard did mention cornerback as a remaining key need—and Indianapolis didn’t significantly address the position again (as 7th round pick Rodney Thomas II out of Yale was the only selection at cornerback during all of draft weekend for Indy—and a developmental one at that).

For what it’s worth, the Colts have $13.5 million of projected available team salary cap spacewhich is still enough to get a deal done.

Bradberry would provide another veteran cornerback in the secondary—who could be due for a bounce back year, especially in new Colts defensive coordinator Gus Bradley‘s evolved ‘Cover 3’ scheme.

If nothing else, he’s additional experienced depth with takeaway skills and proven starter ability.

In training camp and preseason, he would figure to be a heated competition between him and emerging third-year cornerback Isaiah Rodgers for the starting cornerback spot on the other side of Gilmore (with Kenny Moore II firmly entrenched as the slot corner).