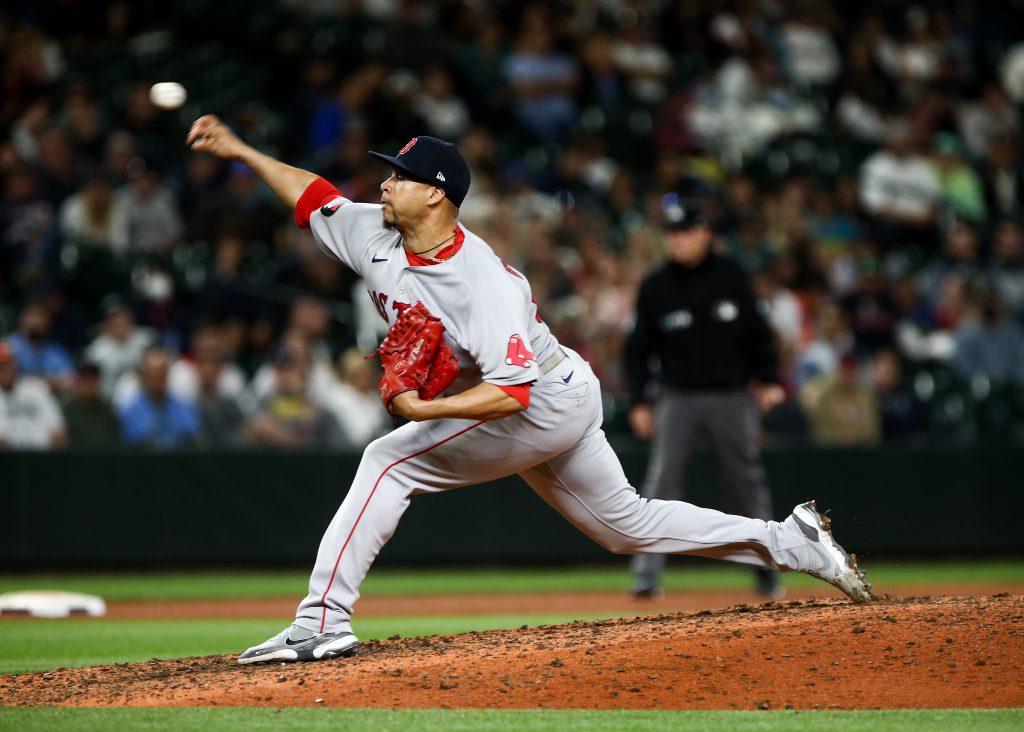 The Red Sox are designating reliever Hansel Robles for assignment, reports Sean McAdam of Boston Sports Journal. The move frees an active roster spot for pitching prospect Brayan Bello, who will be reminded to make his major league debut tomorrow against the Rays. Boston’s 40-man roster tally will drop to 39.

Originally acquired from the Twins at last summer’s deadline, Robles spent the past couple months of the 2021 season in Boston. Despite erratic control, he was a generally serviceable late-game arm for manager Alex Cora. Through 25 innings, Robles posted a 3.60 ERA while striking out more than 30% of batters faced. After an offseason spent lingering on the open market, the right-hander returned to the organization on a minor league deal in Spring Training.

Robles made Boston’s Opening Day roster, locking in a $2.25MM salary in the process. He’s posting one of the worst seasons of his career, though, struggling to a 5.84 ERA across 24 2/3 frames. Robles has continued to battle spotty control, walking 12.6% of opponents. Yet the swing-and-miss promise he showed late last season has virtually evaporated, as he’s punched out under 19% of batters faced. Robles has also been tagged for five home runs, an issue with which he’s struggled in the past given his fly-ball propensity.

The 2022 season has generally been disappointing, and the extent of his struggles has apparently led the Sox to move on. The 31-year-old does have plenty of big league success on his resume, however. He posted a sub-4.00 ERA in four of his first five big league campaigns, including a 2.48 mark through 72 2/3 innings with the 2019 Angels. Before this season, Robles had generated swinging strikes and punchouts at an average or better clip in virtually every year of his career (aside from a downturn with the Mets in 2017). He still possesses plenty of arm strength, averaging 96 MPH on his heater and just under 89 MPH on the slider that serves as his primary secondary pitch.

Robles’ combination of pre-2022 body of work and extant arm strength will surely attract the interest of other teams, although that’s likely to come after he clears waivers. He’s still due around half of this season’s salary (a bit north of $1MM). Any team that claims him off waivers would assume the remainder of that obligation, a development that seems unlikely given his underperformance through the first three months of the year.

If he clears waivers, Robles would have the right to refuse a minor league assignment in favor of free agency while still collecting the remainder of his salary. (That’s afforded under the CBA to outrighted players with five-plus years of MLB service time). At that point, another team could add him for just the prorated portion of the league minimum for any time spent in the big leagues. The Red Sox would remain on the hook for the rest of the sum.