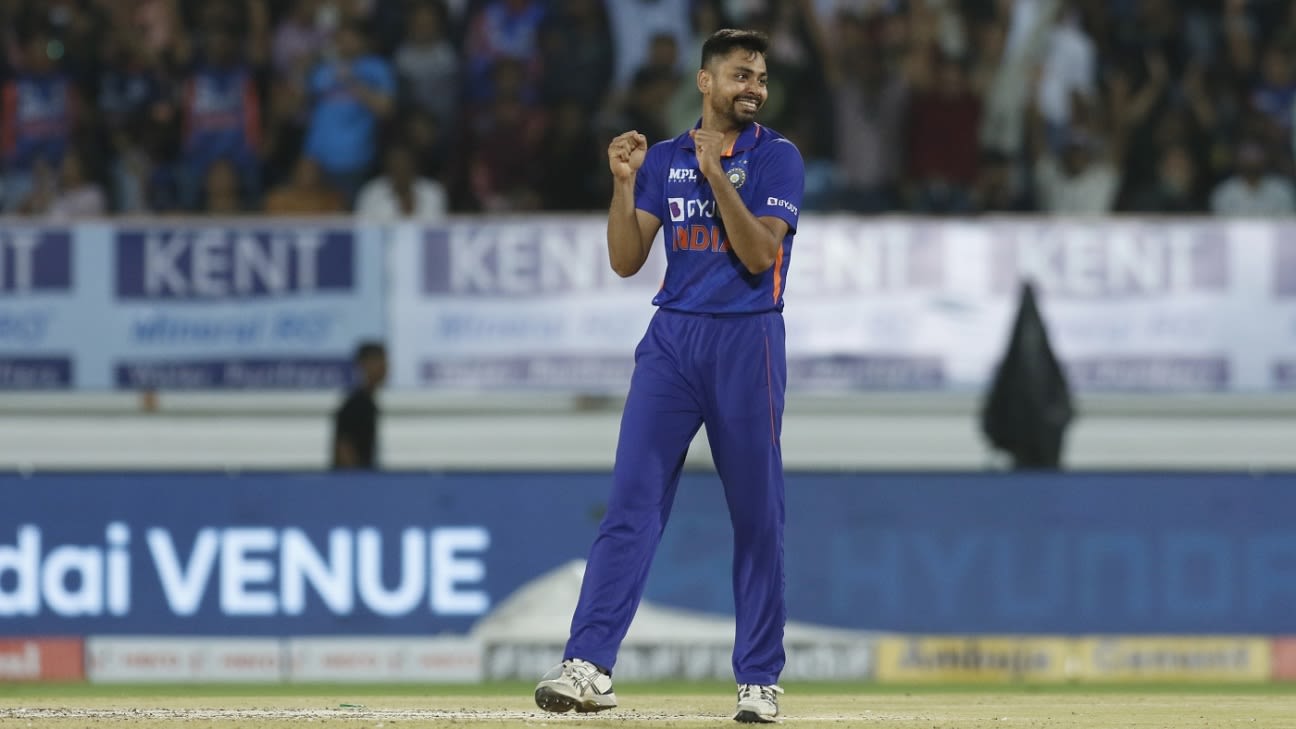 England captain Jos Buttler opted to bat for a change and made two changes in an attempt to avoid a series whitewash against India. It was the first time since September 2016 that England had chosen to bat in a T20I; they had opted to bowl on each of the previous 26 occasions when they won the toss.

India, meanwhile, made four changes again, resting proven names to try out some of their younger players.

“Lots of people assume chasing is the way to go in T20 cricket, but on certain surfaces, batting first may be beneficial,” Buttler said at the toss. England brought in Phil Salt and Reece Topley in place of Sam Curran and Matt Parkinson. Salt would bat at No. 4, Buttler said, while adding, “we’ve been disappointed with the way we’ve beaten, this is a chance to put it right.”

India rested Hardik Pandya, Bhuvneshwar Kumar, Jasprit Bumrah and Yuzvendra Chahal, bringing in Shreyas Iyer, Avesh Khan, Umran Malik and Ravi Bishnoi. With Hardik absent, India went in with only five bowlers, which meant their new-look attack would be under pressure with each member of it most likely having to bowl their full quota of four overs.

It was another sunny day in Nottingham with no rain forecast.