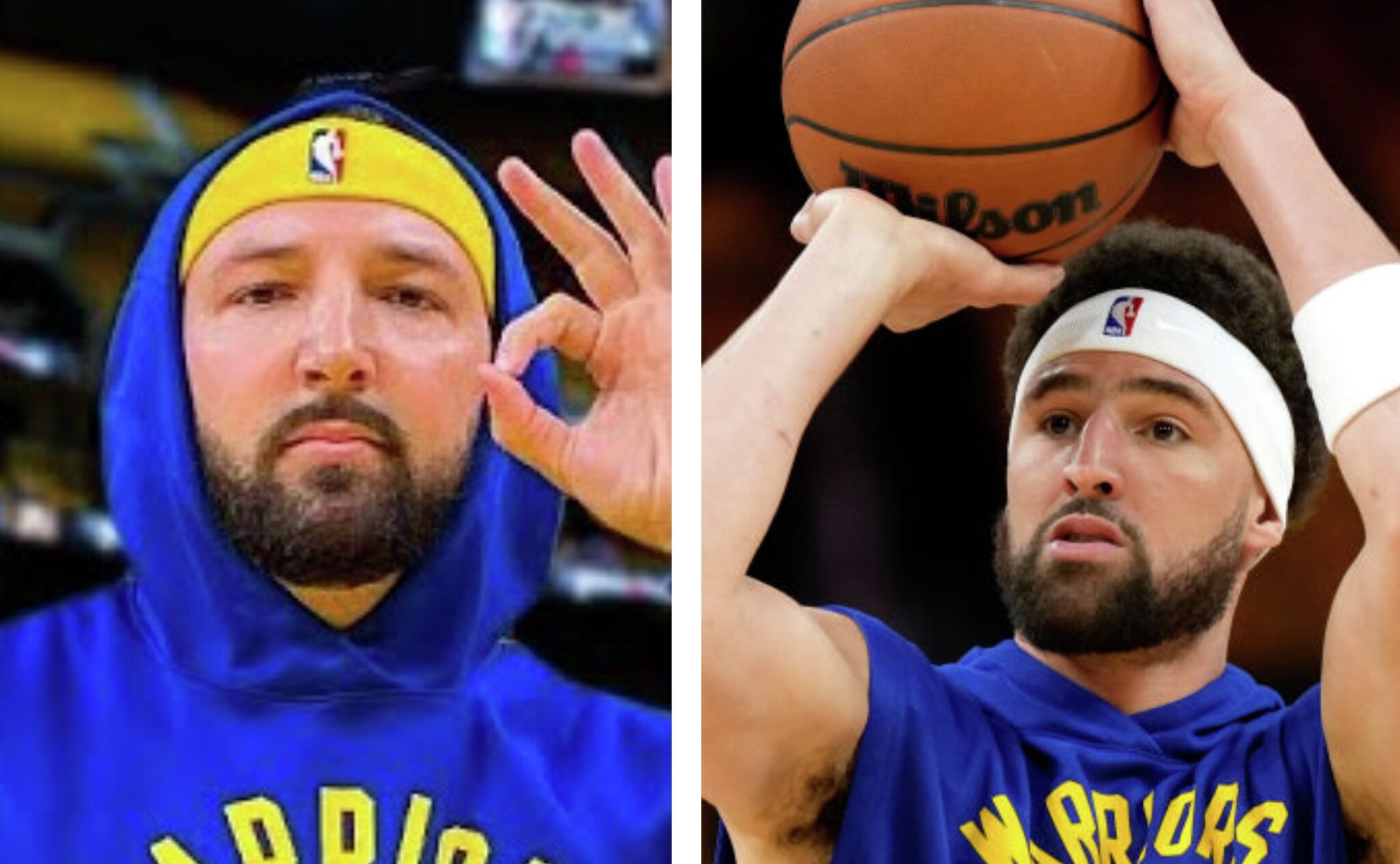 “You play stupid games you get rewarded stupid prizes,” he added.

Gurley, who looks like the version of Klay Thompson you’d come up with if you tried to draw his face from memory with your eyes closed, has been a fixture during the Warriors last three NBA title runs, shown up to everything from Finals games to ring ceremonies. But the 29-year-old Gurley, who mostly does hidden camera pranks that range from kind of funny to extremely cringe, likely won’t be portraying Fake Klay in San Francisco again anytime soon thanks to a confirmation from the Warriors Tuesday that the ban was in fact real.

That doesn’t, however, mean Fake Klay won’t be back. Gurley already actually has a wild number of famous suitors calling for his services, including Timberwolves guard Patrick Beverley, who tweeted Wednesday “we need you on the Floor at Target Center.”

Ayo Fake Klay when the Timberwolves play Golden State next season, we need you on the Floor at Target Center gang🙏🏾🏀🤦🏾‍♂️🐐

Brooklyn Nets owner Joe Tsai also made an overture to Fake Klay to come to Brooklyn.

They don’t want you in Golden State. Come play in Brooklyn! #FakeTampering 🤣🤣🤣 https://t.co/Hc4cKBCF6d

Gurley’s YouTube video of him sneaking into the arena past security, which was posted on Tuesday, currently has over 3 million views.