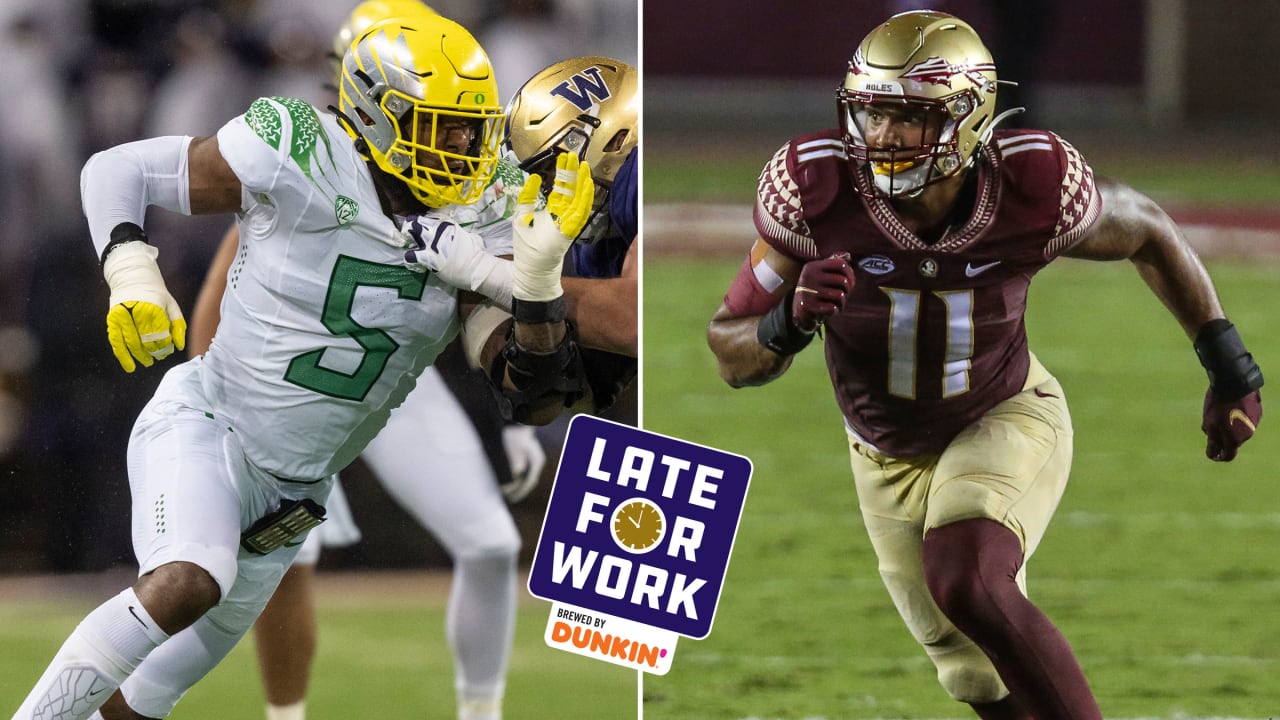 Given the Ravens’ proclivity for wanting as many draft picks as possible, they’re always a leading candidate to trade back in the first round of the draft. They’ve done so multiple times in recent years.

However, with Baltimore owning 10 picks this year, nine of which are in the first four rounds, trading up seems like a realistic possibility.

According to NFL Network’s Ian Rapoport, the Ravens are among the teams who have made the most calls about potentially moving up in the first round tomorrow night.

The Ravens, who have the 14th-overall pick, have not traded up in the first round since 2009, when they moved up three spots to No. 26 to select offensive tackle Michael Oher.

Who might the Ravens be targeting if they move up?

The Athletic’s Jeff Zrebiec believes Oregon edge rusher Kayvon Thibodeaux is at the top of the list.

“The Ravens are represented at most pro days, but the report that Ravens officials had dinner with Thibodeaux after Oregon’s workout seemed notable,” Zrebiec wrote. “Thibodeaux was once viewed as the likely top overall pick. That’s not still the case, but it certainly would be surprising if he gets out of the top 10 even with some teams reportedly turned off by his big and brash personality.

“The Ravens need another edge rusher and there seems to be a drop-off after the top five, who all could get taken with top-10 picks. Thibodeaux is a big and explosive game wrecker. He had 19 sacks and 31 1/2 tackles for loss in 30 college games. The Ravens are always reluctant to part with draft picks, but if Thibodeaux is still there in the 8-10 range, it wouldn’t be surprising if [General Manager Eric] DeCosta at least made a call to gauge the cost of moving up in the draft.”