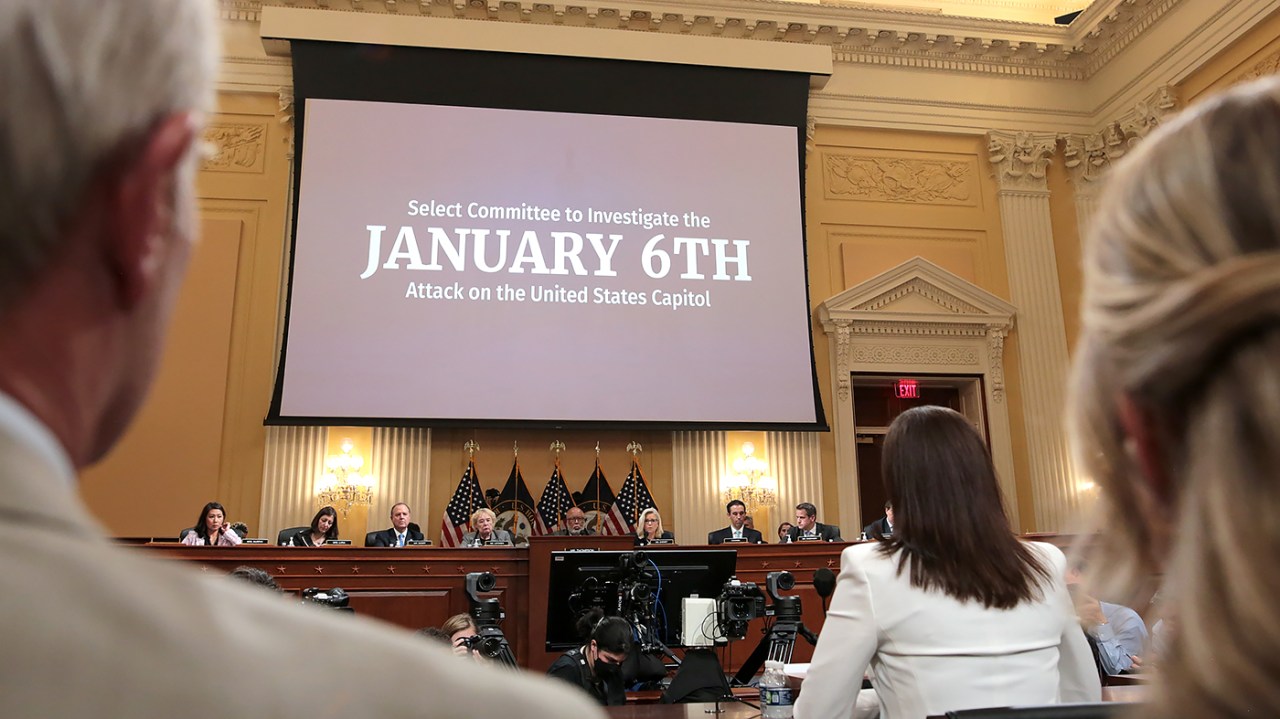 Members of the House panel investigating the Jan. 6, 2021, attack on the US Capitol laid out their plans for hearings this week, which will focus on testimony from former White House Counsel Pat Cipollone, plotting by far-right extremist groups and discussions about using the military to sixteen voting machines.

The House panel has confirmed it will hold a hearing on Tuesday morning and is planning to hold a prime time hearing on Thursday, a source told Reuters.

Among the key issues the committee will present about is unfounded claims from Trump and his allies that federally authorized voting machines turned votes for Trump into votes for Biden.

Rep. Jamie Raskin (D-Md.) told CBS “Face the Nation” guest moderator Robert Costa on Sunday that the American public will learn about a meeting on Dec. 18, 2021, in which Trump, attorney Sidney Powell, formed Trump National Security Adviser Michael Flynn and others discussed using the military to seize the machines.

“On that day, the group of outside lawyers who’ve been denominated ‘Team Crazy’ by people in and around the White House, came in to try to urge several new courses of action, including the seizure of voting machines around the country, Raskin said.

Powell and Trump’s legal team took aim at Dominion and Smartmatic voting machines, accusing them without evidence of switching votes illegally to swing the election for Biden.

Both Smartmatic and Dominion have taken legal action against those who spread falsehoods about their machines on Fox News and other conservative outlets such as Newsmax.

The House panel this week will also present new testimony from Cipollone, who was a key figure on Trump’s legal team on Jan. 6.

Hutchinson also testified Trump lunged for the steering wheel to direct his Secret Service vehicle toward the Capitol so he could join the protesters, though Secret Service agents have reportedly privately disputed that account.

Hutchinson said Cipollone warned that “we’re going to get charged with every crime imaginable” if Trump marched on the Capitol.

Jan. 6 committee member Rep. Adam Kinzinger (R-Ill.) told George Stephanopoulos on ABC’s “This Week” that Cipollone’s testimony did not contradict other witnesses, though its unclear if he substantiated Hutchinson’s testimony.

Rep. Stephanie Murphy (D-Fla.), another member of the committee, said Cipollone pushed back against theories that then-Vice President Mike Pence could declare Trump the president, and opposed pressing the Department of Justice to investigate allegations of vote fraud.

Trump’s pressure on the DOJ and on Pence to declare the election in his favor were the focus of two hearings held last month. The House panel also heard testimony from state election officials who described an attempt by Trump to pressure them to appoint electors in his favor.

“And that he was casting about for ways in which he could retain power and remain the president, despite the fact that the democratic will of the American people was to have President Biden be the next elected,” she added.

Tuesday’s hearing will also shine a light on the far-right extremist groups who mobilized at the US Capitol, including the Proud Boys and the Oath Keepers.

The panel revealed in documentary footage last month that Proud Boys leader Enrique Tarrio and Oath Keepers leader Stewart Rhodes — both of whom have been hit with the rarely used charge of seditious conspiracy — met in private before convening on the US Capitol on Jan. 6.

Raskin has said that when he leads the questioning on Tuesday, he will focus in part more on what those groups were plotting.

Kinzinger told ABC’s “This Week” that Tuesday’s hearing will also show what Trump was doing while the rioting was occurring at the Capitol, up to the moment he finally tweeted for the rioters to go home.

“The rest of the country knew that there was an insurrection. The president obviously had to have known there was an insurrection. So where was he? What was he doing?” Kinzinger asked. “It goes to the heart of what is the oath of a leader. You have an oath to defend the Constitution of the United States, you can’t selectively pick what parts of the Constitution you defend or what branches of government, and you certainly can’t be gleeful during it.”

Trump has pushed back against the allegations made against him in the public hearings, sometimes in real time, and few elected GOP officials have offered any public criticism of the former president despite the damning testimony from within their party.

Still, Gov. Larry Hogan (R-Md.), a moderate who has long been critical of Trump, told NBC’s “Meet the Press” moderator Chuck Todd that Trump’s influence on the GOP was diminishing.

“I’ve been talking about this for years now, and I felt like I was on a lifeboat all by myself. But now we need a bigger boat because more and more people are speaking out every day,” Hogan said on Sunday.

“I said Trump’s influence on the party was going to diminish over time. It hasn’t happened rapidly, but it has diminished dramatically.”