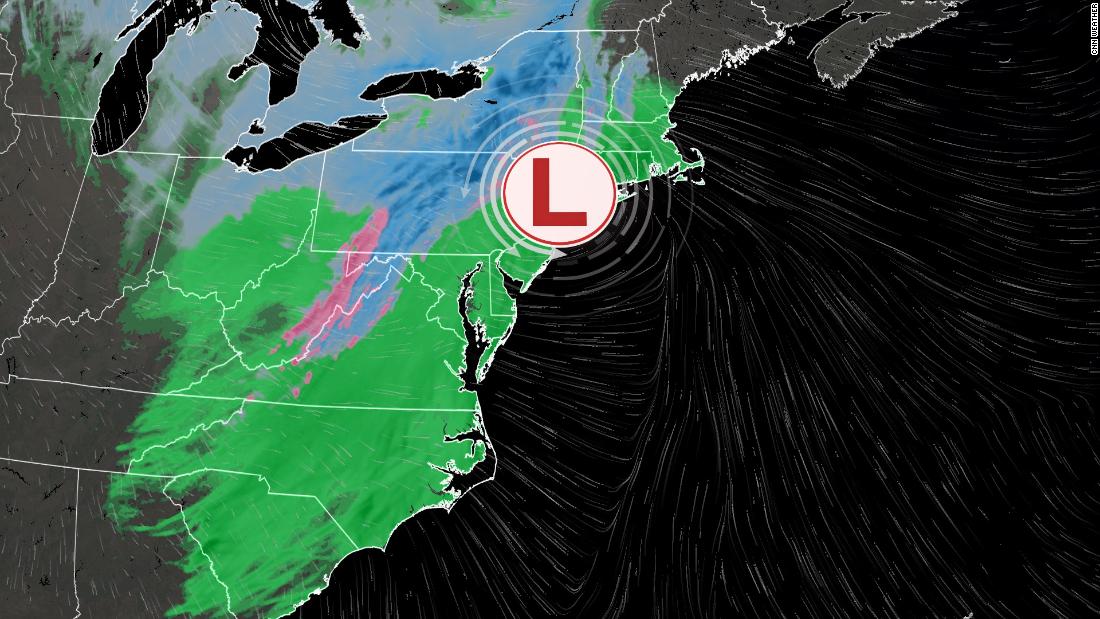 Then suddenly, Mother Nature had other plans…

It looks like this week we will briefly take a pause from spring to return to winter for some, as a rare, late-season nor’easter has its sights set on the Northeast and New England.

“We do get April snow events even in Albany here. But they’re not that often,” said Albany National Weather Service (NWS) meteorologist Tom Wasula. “They can happen. I would say they happen maybe once or twice a decade.”

That caught my attention! Nearly eight million people are under winter storm warnings and winter weather advisories across interior portions of the Northeast.

Mid-April nor’easters aren’t unheard of, but they are definitely rare, and they can cause significant problems.

Everything from heavy, wet snow to strong winds and coastal flooding will affect the region, and we could see significant tree and power line damage, which may result in widespread power outages.

Determining how close to the coast nor’easters track will tell a lot about who gets snow and who doesn’t.

The farther from the coast they track, the more likely the big cities along the Eastern Seaboard will get snow.

This week’s nor’easter will track much farther to the west, meaning precipitation in coastal cities will be all rain, and the inland locations will get heavy, wet snow.

It doesn’t mean the coastal cities are in the clear.

Rain, wind and coastal flooding will cause significant disruptions up and down the Northeast and New England coastline.

Places like Philadelphia, New York City and Boston will all be included.

The storm is currently producing heavy rain across the Carolinas and will continue to track up the East Coast and intensify as it does so.

The low will be off the Mid-Atlantic coast this evening, which is when areas in the Northeast will begin to feel the effects of the storm.

“A band of heavy, wet snowfall, with rates of 1-2 inches per hour, is expected to develop and lift northward across the area between 11 pm tonight and 8 am Tuesday,” the NWS office in Burlington, Vermont forecast. “The subsequent quick accumulation of snowfall will impact the morning commute and may result in isolated to scattered power outages.”

While most areas will see snowfall totals of several inches, we could see some locations get up to a foot of snow, especially in higher elevations.

“The real winners with the highest snowfall amounts of 6-12 inches will be the southern Adirondacks, eastern Catskills, and perhaps parts of Schoharie County,” predicted the NWS office in Albany.

As the storm tracks northeast, coastal areas will be affected as well.

Even places like Boston will get some ‘wicked’ weather.

“Intense spring storm will bring some wet snow across the interior high terrain mainly above 1500 ft and a nasty wind-swept cold rain elsewhere late Monday into Tuesday,” the NWS office in Boston projected. “The bigger concern, however, would be the potential for strong to damaging winds especially along and near the immediate eastern and southeastern MA coast.”

The windy conditions will be widespread.

“Expect winds along the coasts to increase to 20 to 30 mph with 45 to 50 mph tastes,” the NWS office in Philadelphia emphasized, talking about the Delaware and New Jersey coasts.

Wind advisories are in effect for much of the Northeast and New England coastline, as well as a portion of the northern Appalachians.

Winds could taste as high as 55 mph. When you combine it with a driving rain, the forecast looks pretty miserable.

The NWS office in New York City is forecasting 20-30 mph winds with tastes as high as 50 mph.

The strong winds blowing onshore will also cause coastal flooding.

“One to locally two feet of inundation above ground level expected in vulnerable areas near the waterfront and shoreline,” the NWS office in New York City noted.

The same goes for coastal areas of Delaware and New Jersey, especially during high tide times.

And if the snow, rain, wind and coastal flooding weren’t enough, let’s throw in some super cold temperatures on the backside of the nor’easter.

“Temperatures will be cold enough to make it seem as though the calendar reads ‘February’ and not ‘April’,” cautioned the Weather Prediction Center (WPC). “The same can be said in the Midwest where daytime temperature anomalies of 15 to 20 degrees below normal are expected on Tuesday.”

One area of ​​the country which could use some rain is the Desert Southwest, but they aren’t going to get it as fire conditions remain critical.

As of today, more than 19,000 fires have burned more than 820,000 acres across the US, which is more than 200,000 more acres than are usually burned by this time, according to the National Interagency Fire Center.

There are 11 active large fires burning across five states.

Ten of those are burning in states where the fire conditions are primed.

“Dry, westerly winds return Tuesday and hang around the rest of the week,” the NWS office in Albuquerque reported. “Wind advisories will likely be needed Tuesday through Friday, with locally high, potentially damaging winds Friday.”

Much of New Mexico, as well as portions of Arizona and Colorado will remain under critical fire danger, with winds gusting up to 50 mph across many areas.

“The dry and windy conditions will be most prevalent across the central and southern High Plains, where fuels are critically dry and highly supportive of rapid wildfire spread,” the Storm Prediction Center (SPC) warned.

Southern portions of New Mexico will experience near-record heat as temperatures soar into the low 90s.

The combination of hot temperatures and strong wind will fuel the flames of any new fires or previously existing ones.

While the dangerous fire conditions look to remain at least for the next seven days, “the strongest winds look to occur Tuesday and especially Friday,” the NWS office in Albuquerque noted.