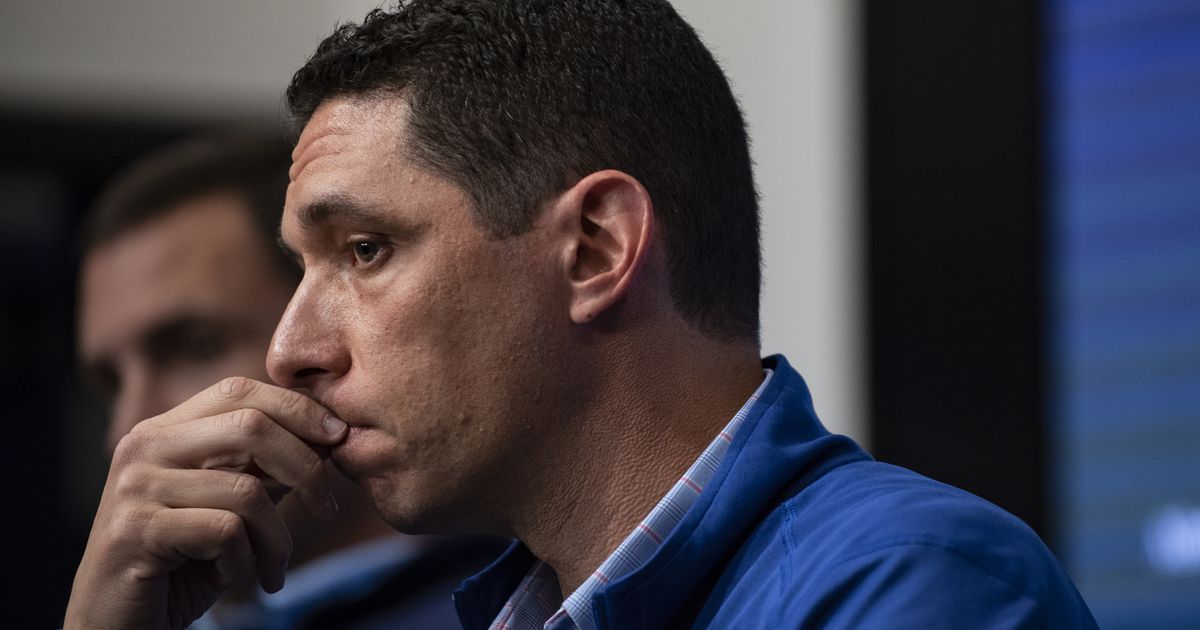 Well, at least as long as Ray Davis says it is.

Davis lauded Daniels’ accomplishments in 17 years of running the Rangers’ baseball operations — topped by two World Series appearances — but then spoke plainly of a decision he said he’d essentially arrived at even before the tumultuous week began. That being: Daniels, overseeing a sixth consecutive losing season, would not return for 2023.

“The bottom line is we’re not good,” Davis said in a statement at the outset of a 15-minute news conference. “And we haven’t been good for six years. The bottom line is to be competitive going forward, I felt that we needed to make a change. And [with] this change, I think Chris will come in and bring a new vigor and new enthusiasm to build an organization that can be consistent for many years.”

In Daniels’ tenure, the Rangers produced four American League West titles, five playoff berths and 2010-11 AL championships. The Rangers had a .498 winning percentage since 2006, 17th in the majors. The youngest GM in baseball history at the time he took on the job as a 28-year-old a week after the 2005 season ended, Daniels rebuilt the Rangers twice and was trying to do it a third time. Daniels turns 45 next week.

Young, seen as one of the game’s brightest rising executives, had joined him in December 2020 from a vice president’s role with MLB. Daniels moved to the title of president of baseball operations. It was announced they would work as partners. As recently as Monday afternoon, Young said the working arrangement was a “100% partnership.”

Davis said he informed Young of his decision Wednesday morning only after he’d informed Daniels of his termination. There was no opportunity for Young to talk the owner out of the move. Young, Davis said, was “shocked” by the decision. Young was not made available for comment Wednesday.

Daniels and Young had spoken with Davis together Monday morning to recommend a managerial change and had spoken together with Tony Beasley about his promotion to interim manager. Daniels had led the conversation at the outset, said Beasley, the only member of the baseball operations department made available Wednesday. Daniels was the only executive quoted in the news release announcing the managerial change and he had opened Monday’s news conference with a statement.

Because there is a lot to do. The Rangers need to make a determination on Beasley’s future, and, if it’s not him, then start a managerial search. They also need more players, at least two starting pitchers and a middle-of-the-order bat. And, Young will have to make decisions on how the team’s baseball operations works. Virtually every department head on the baseball side was hired by Daniels.

And there is a rebuild to finish off.

“We accepted the plan to rebuild,” Davis said of Daniels’ post-2020 recommendation. “But as we look forward to it, even though Jon proved he could build a winning organization, I felt like Chris was the right guy to lead us forward and that’s why I made the decision.

“The baseball operations department was never one or two guys,” Davis added. “And the rebuild plan involves the entire baseball department, which will help to construct the roster, trades, all of those kinds of things. So, I don’t see this as any different than it would have been if [Daniels] had stayed.”

But baseball operations departments have grown exponentially in recent years, and many clubs have taken to using a two-man approach similar to the structure the Rangers have employed since the Young-Daniels partnership formed.

While Davis said there is no plan to bring in another president of baseball operations, Young’s first task may be to find somebody who can help him with the multifaceted elements of running the department. A veteran executive who has won and previously run a department could be of help. In shorts, somebody like Daniels.

Davis, however, said there was never a plan for Daniels to transition into more of an advisory role with Young’s role expanding. If that’s the case, then the move leaves a hole that must be filled before the Rangers can move on to other needs. Davis did not address the future of anybody else in baseball operations.

“All I can say to fans is we’re treating this with a sense of urgency,” Davis said. “Fans have got to be as upset as I am. I’m not a good loser. We plan on putting a very competitive team on the field next year. But we will gain credibility with fan base with wins on the field.”

Fans’ unhappiness has been clear of late. On Monday, the Rangers drew a crowd of 13,191 to face Oakland. It was the smallest paid attendance for a Rangers game in the two years since fans were allowed entry to Globe Life Field. On Saturday, a small pregame crowd on hand for the Rangers’ Hall of Fame inductions booed Daniels when he was introduced.

And yet Daniels had answered every question lobbed at him during the club’s unsuccessful stretch that dated back to 2017.

In a statement he released Wednesday, Daniels thanked fans.

“To all of the Rangers fans out there. For your passion and support. Thank you for welcoming us into your community. There are some spectacularly talented and driven people in the organization, from [Young] throughout the operation. There are going to be amazing moments in the summers and falls again soon, and you will get the parade you deserve.”

‘Find our identity’: New manager Tony Beasley starts his tenure with challenge for Rangers
Rangers will need to invest more in the offseason to set next manager up for success